Today in military history: Archduke Franz Ferdinand of Austria is killed, sparking WWI - We Are The Mighty 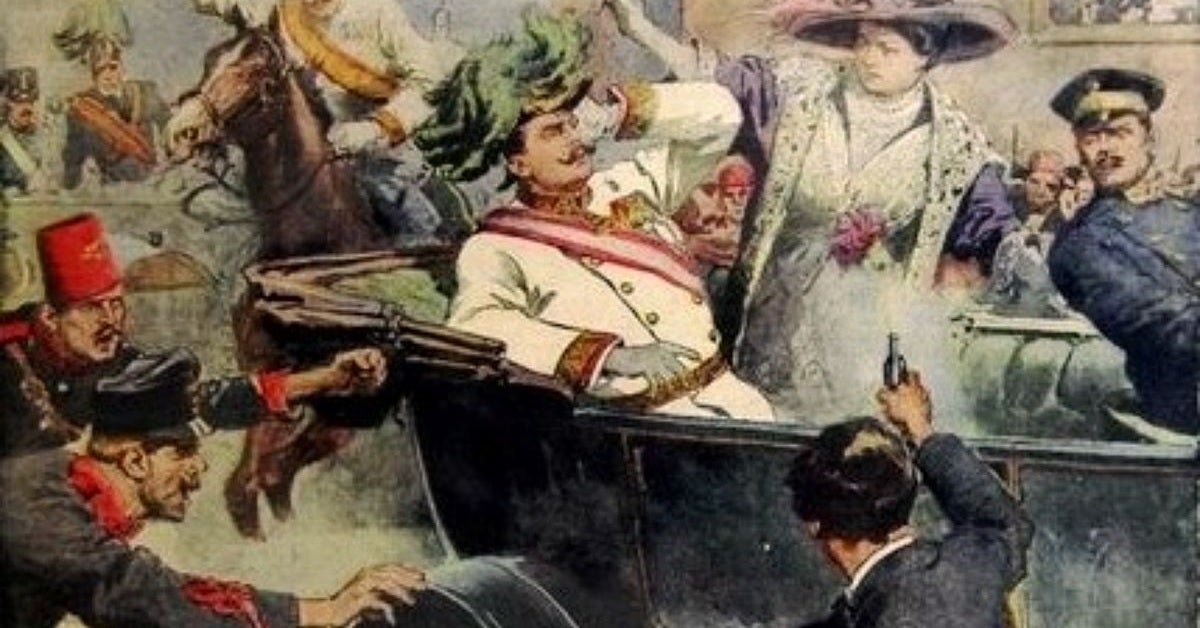 On June 28, 1914, Archduke Franz Ferdinand of Austria and his wife Sophia were shot to death, beginning a chain of events that would lead to both World Wars, the Cold War and global nuclear proliferation.

The archduke was observing military maneuvers in Bosnia and Herzegovina, which was annexed by Austria-Hungary just six years before. Many Serbian nationalists, including 19 year-old Gavrilo Princip, believed the territories rightfully belonged to Serbia and planned to assassinate the archduke. During an official procession, Princip shot the royal couple at point-blank range, killing both instantly.

Austria-Hungary blamed the Russian-backed Serbian government for the attack and called upon Germany for support. On July 28, Austria-Hungary, would declare war on Serbia, beginning the conflict now known as World War I.

65 million people from 40 countries fought in the First World War, with over 15 million deaths and another 21 million wounded.

The Treaty of Versailles, signed five years after the Archduke’s death, ended the war but forced heavy reparations upon Germany, which fostered resentment that would over the next twenty years lead up to the creation of the Nazi Reich and the launch of World War II, claiming the lives of 35 to 60 million more.