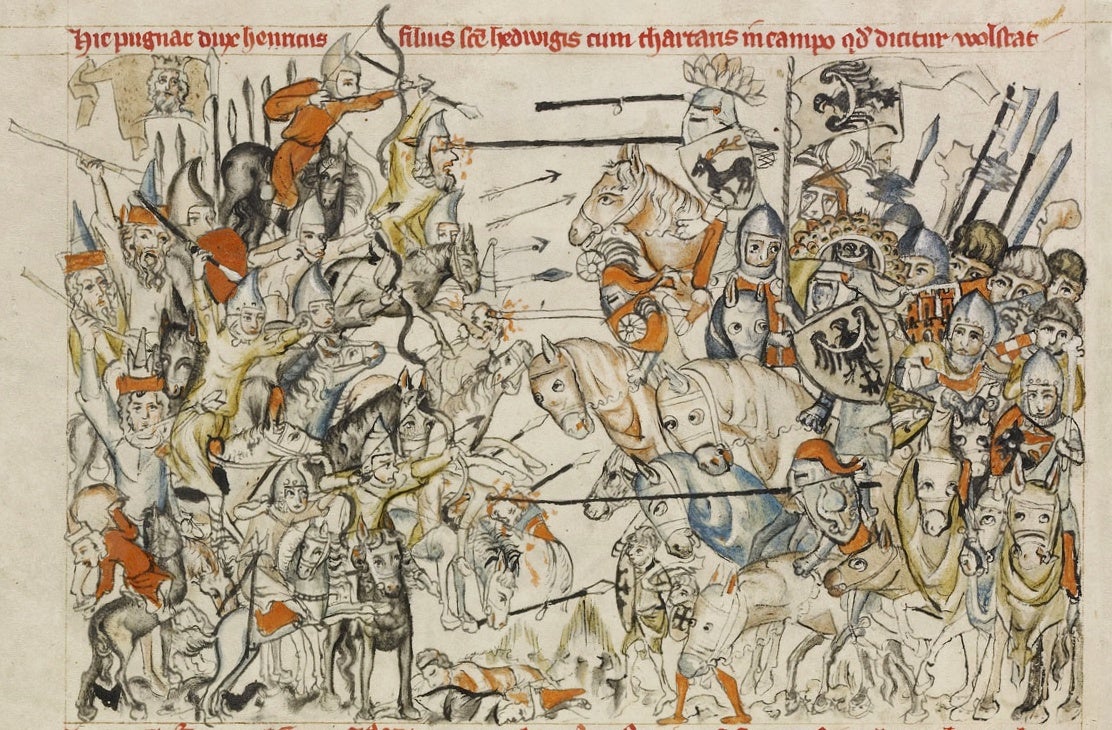 In 1258, Mongol forces under the command of Hulagu Khan sacked the Abbasid Islamic capital of Baghdad, then made their way west to sack the Ayyubid capital of Damascus. These events marked the end of the Islamic Golden Age.

It was also the beginning of the end of the Mongol Expansion, but the Mongols didn’t realize that until it was too late.

Hulagu Khan was on a mission to finally subdue the Muslim countries of the Middle East, which had been paying tribute to the Mongols for years prior to the sack of Baghdad. The ruling Khan, Möngke, wanted the Caliph to continue paying tribute, submit to direct rule from Karakorum, personally submit to the Khan, and offer a military detachment for further conquest.

When the Caliph refused the Mongol demands, Hulagu raised a massive army, estimated to be some 150,000 strong. He first marched them through Persian and modern-day Afghanistan before turning them around at Baghdad. Hulagu reiterated the Mongol demands to the Caliph at Baghdad, who refused, believing the Islamic world would come to his aid in defending the city.

Yet, the Caliph also did nothing to reinforce the city or bolster its defenses. He allowed the Mongol Army to approach unopposed before sending 20,000 men out to get slaughtered. He also neglected to call for the aid of the Islamic world, who were preparing their own defenses by the time the Mongols arrived at Baghdad.

The destruction and depopulation of Baghdad was so complete that some believe the city still hasn’t recovered. After moving on to Damascus, Hulagu sent envoys to the Mamluk rulers of Cairo. Their message was one similar to the one sent to cities since the days of Genghis Khan: surrender or be massacred by the oncoming Mongol wave.

The Mamluk leader in Cairo, Saif al-Din Qutuz, did what many of the leaders who received such a message from the Mongols did. He beheaded their messengers and displayed the heads from the city walls. Unlike many others, Qutuz decided to go on the offensive and his plans hit a run of good luck almost immediately.

Hulagu Khan, almost inexplicably, left the area with the bulk of his forces, headed back to Mongolia. He left only 10,000 Mongols behind at the head of a general, his friend Kitbuqa. The area could either not support such a large Mongol force which meant it was time to withdraw, or the death of the Khan in Mongolia forced Hulagu to return. Either way, it gave the Mamluks an opportunity.

The Mamluks assembled an army of 20,000 men and quickly invaded Palestine, where the Mongols were raiding towns and cities along the Lower Galilee and when they crossed the Jordan River, the Mamluks rode to meet them.

The Mamluks baited the large Mongol force with smaller, more mobile forces using hit-and-run tactics. When the Mamluk forces finally retreated after much of the day, Kitbuqa ordered the Mongol force to advance en masse, following the Mamluks into the Palestinian highlands. Once moving forward, the Mongols were soon surrounded on all sides.

Despite an intense effort to break out, the Mongols (including Kitbuqa) were killed where they fought. The Mongols were never again able to mount an offensive expansion into the Middle East and Africa and the Mamluks quickly began to recapture much of what the Caliph had lost. In five battles, the Mongols only won once against the Muslim Mamluks.