Today in military history: Battle of Midway ends - We Are The Mighty 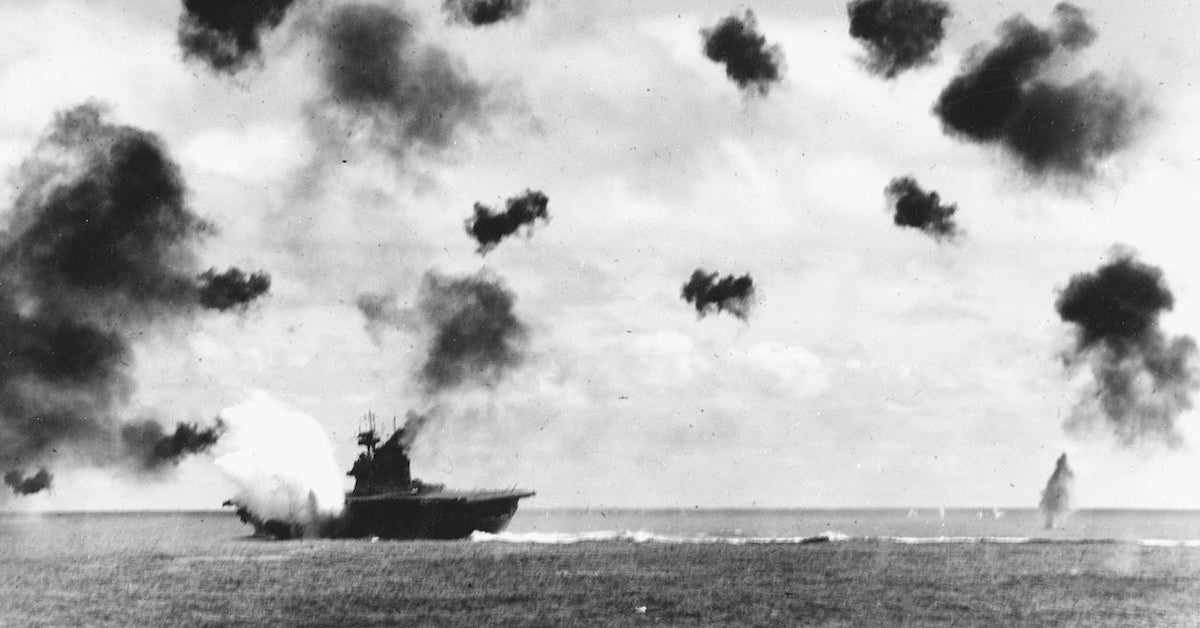 On June 7, 1942, the Battle of Midway ended, turning the tide of the war for the Americans against the Japanese in the Pacific.

It had been six months since the attack on Pearl Harbor and during that time, the Japanese Navy had been nearly invincible. The United States, however, had become an increasing threat, and Japanese Admiral Isoroku Yamamoto decided to strike a blow against the U.S. Navy before the States could become a serious rival.

He set an intricate trap near the strategic island of Midway. Unfortunately for the Japanese, U.S. codebreakers uncovered the plot and responded in force. On June 3, the Japanese fleet was spotted right where the Americans expected them to be. What followed was four days of fighting one of the most decisive battles in the Pacific.

After crippling the Japanese fleet by destroying four of its carriers, the Americans were able to finally defeat Yamamoto and level the playing field in the Pacific theater, but the naval counteroffensive would continue until Japan’s surrender three years later.

The Battle of Midway is arguably one of the greatest moments in the history of the United States Navy. American heroism was put on display during that battle by personnel both in the air and on the sea, but only one man received the Medal of Honor during the multiple-day campaign: Marine Captain Richard E. Fleming. Fleming was assigned to Marine Scout Bomber Squadron 241. Also known as the “Sons of Satan,” the squadron was equipped with 16 Douglas SBD-2 Dauntless and 11 Vought SB2U-3 Vindicator dive bombers.

On June 4, the squadron took part in attacks on Japanese carriers, losing a number of planes. During the initial attacks, Fleming dove dangerously low in order to get a better angle of attack on the ships. The next day, Fleming led an attack on a pair of Japanese cruisers that were damaged in a collision caused by the submarine USS Tambor. During this attack, too, Fleming dove, closing in on the enemy ship.

Fleming was shot down while pressing his attack on the heavy cruiser HIJMS Mikuma. His bravery, and the bravery of those around him, helped turn the tide for the Allies at Midway.

Featured Image: USS Yorktown (CV-5) is hit on the port side, amidships, by a Japanese Type 91 aerial torpedo during the mid-afternoon attack by planes from the carrier Hiryu, in the Battle of Midway, on June, 4, 1942. Yorktown is heeling to port and is seen at a different aspect than in other views taken by USS Pensacola (CA-24), indicating that this is the second of the two torpedo hits she received. Note very heavy anti-aircraft fire. (U.S. National Archives image)