This is how America got revenge for Pearl Harbor 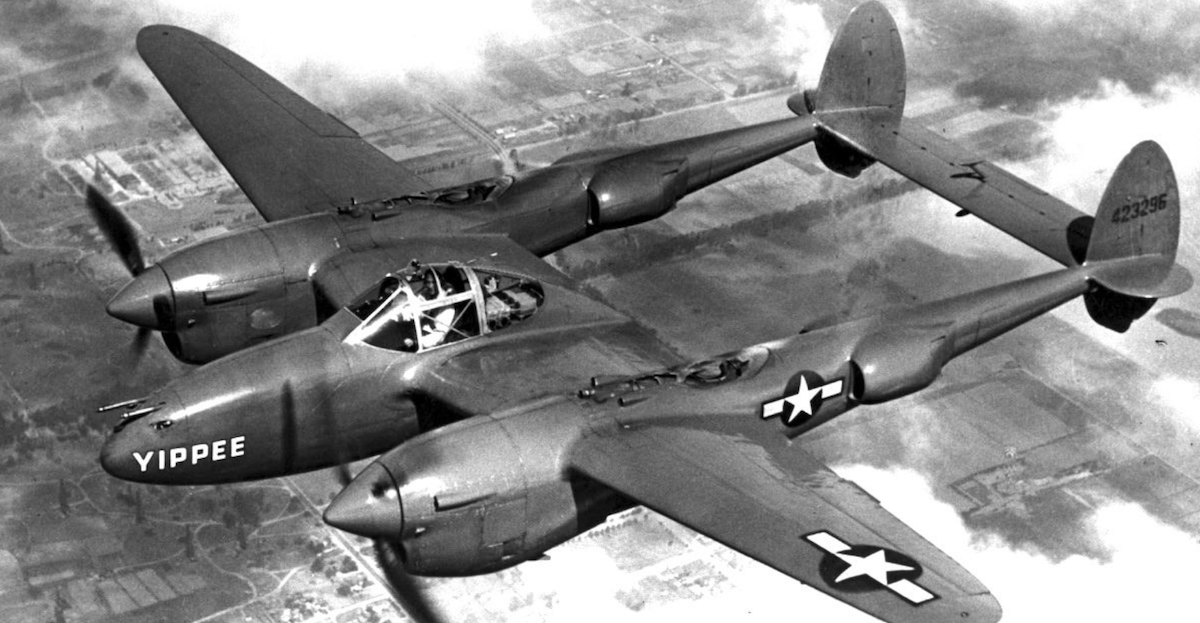 After the Japanese surprise attack on December 7, 1941, America’s rallying cry in WWII was “Remember Pearl Harbor”. The American people didn’t forget it and the U.S. military certainly didn’t forget the mastermind behind the attack. Japanese Admiral Isoroku Yamamoto was public enemy number 1 in the Pacific.

By early 1943, the war in the Pacific was starting to turn. The Japanese had been repelled at Midway and been cleared from Guadalcanal. In fact, Japanese morale was so low that Yamamoto planned an inspection tour of the Solomon Islands and New Guinea in order to oversee an aerial counter-offensive and boost the confidence of his troops. On April 14, U.S. Naval Intelligence intercepted and decrypted Yamamoto’s itinerary, as well as the number and types of planes that would execute the inspection tour.

Yamamoto was scheduled to fly from Rabaul to Balalae Airfield near Bougainville in the Solomon Islands on April 18. He and his staff would fly in two Mitsubishi G4M Betty medium bombers. Escorted by six Mitsubishi A6M Zero fighters, the bombers would take off from Rabaul at 0600 and land at Balalae at 0800 Tokyo time. The decision to attack Yamamoto in the air needed to be made at the highest level.

Although no official kill order from President Roosevelt is known to exist, Secretary of the Navy Frank Knox left the decision up to Admiral Chester Nimitz. After consulting with Admiral William Halsey, Jr., Nimitz authorized the mission on April 17. Operation Vengeance was a go.

The interception would require a 1,000-mile roundtrip from Guadalcanal. With extra fuel required for combat, the mission was beyond the capabilities of the Navy and Marine Corps Grumman F4F Wildcat and Vought F4U Corsair fighters. Therefore, the mission was given to the 339th Fighter Squadron, 347th Fighter Group. Their Lockheed P-38G Lightning fighters, equipped with drop tanks, were the only ones able to make the intercept.

18 P-38s were assigned to Operation Vengeance. The mission was led by the 339th Squadron Commander and ace pilot Major John Mitchell. Four pilots, Capt. Thomas Lanphier, Jr., Lt. Rex Barber, Lt. Jim McLanahan, and Lt. Joe Moore, were designated as the “killer” flight. The rest of the pilots served as a reserve and provided cover against the Japanese escort fighters. In order to keep the Navy’s codebreaking ability secret, a cover story was briefed to the pilots stating that the intelligence for the mission came from Australian coastwatchers who had spotted a high-ranking Japanese officer board a plane at Rabaul.

At 0725, the first of the P-38s took off from Guadalcanal. At first, the mission seemed troubled. McLanahan experienced a flat tire during takeoff and Moore’s drop tanks wouldn’t feed fuel. Both killer flight pilots were forced to drop out of the mission. Lt. Besby Holmes and Lt. Raymond Hine covered down on the killer flight and the 16 remaining aircraft set off across the south Pacific.

Flying at low altitude to avoid Japanese radar, Mitchell struggled to stave off boredom and drowsiness. However, he managed to navigate to the intercept point successfully. At 0934, one minute early, the P-38s spotted Yamamoto’s flight high above them at 6,500 feet. The American planes jettisoned their drop tanks and entered a full-power climb after their target. The Zeros, spotting the ambush, dropped their own drop tanks and dove at the P-38s. Mitchell ordered Lanphier and Barber to engage the bombers as he went head-on with the fighters himself.

Barber got behind one of the Betty’s and poured .50-caliber and 20mm fire into its right engine, rear fuselage, and tail. When Barber hit the left engine, the Betty started to spew heavy black smoke. The Betty rolled violently to the left, nearly colliding with Barber, and crashed into the Bougainville jungle. Although the Betty was carrying Yamamoto, Barber had no way of knowing it. He quickly scanned for the second bomber and spotted it low over the water trying to avoid an attack by Holmes and Hine.

Holmes managed to land some hits on the second Betty, but he and Hine flew too fast and overshot it. Barber dived in on the action and began his own attack. His hits on the Betty caused bits of metal to fly off which damaged his own aircraft as he flew past. The Betty, which turned out to be carrying Chief of Staff Vice Admiral Matome Ugaki and the rest of Yamamoto’s staff, rapidly lost altitude and crashed into the water.

Although the reserve P-38s were fighting hard to fend off the Japanese escorts, Barber, Holmes, and Hine were attacked by Zeros from above. During the counterattack, Barber’s aircraft took 104 hits. He and Holmes lost track of Hine in the melee, presumably shot down and crashed into the water. With their mission accomplished and fuel at a premium, the remaining 15 P-38s broke contact and flew for home. As they approached Guadalcanal, Lanphier radioed the flight director, “That son of a bitch will not be dictating any peace terms in the White House.”

The next day, a Japanese search-and-rescue party located the Betty’s crash site in the jungle and recovered Yamamoto’s body. They noted that his body had been thrown clear from the wreckage, still clutching the hilt of his sheathed katana. Despite Lanphier’s claim to the kill, a Japanese autopsy later revealed that Yamamoto was killed by bullet strikes from behind. This was consistent with Barber’s account of an attack from the Betty’s 6 o’clock versus Lanphier’s account of an attack from the 3 o’clock.

Barber, who had been given half credit along with Lanphier for the kill, petitioned the Air Force Board for Correction of Military Records for whole credit. In September 1991, the Air Force History Office advised that enough uncertainty existed for both Lanphier and Barber’s claims to be accepted. The board was split and the decision went to Secretary of the Air Force Donald Rice who ruled that the shared credit would stand. Both Lanphier and Barber argued their cases until their deaths in 1987 and 2001 respectively. “Historians, fighter pilots and all of us who have studied the record of this extraordinary mission will forever speculate as to the exact events of that day in 1943,” Secretary Rice said in 1993. “There is glory for the whole team.”