Today in military history: Continental Army enters winter camp at Valley Forge - We Are The Mighty 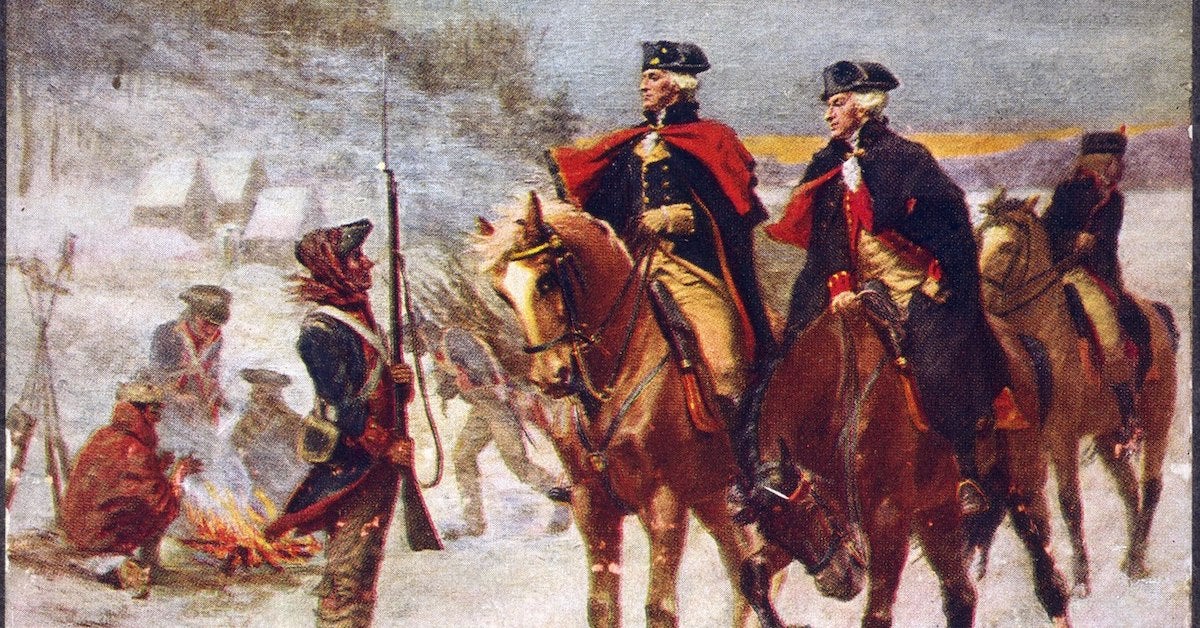 On Dec. 19, 1777, the Continental Army under General George Washington entered its winter camp at Valley Forge.

It had been a demoralizing year for the revolutionaries. Their capital was lost to the enemy, and although he achieved victory at Saratoga in the fall, Washington had suffered defeats at Brandywine, Paoli, and Germantown, Pennsylvania, before fleeing across the Delaware River and finding winter quarters at Valley Forge.

Washington’s army were ill-prepared for what would become a six-month encampment. Around 12,000 people including soldiers, artificers, women, and children set up camp at Valley Forge. They constructed small wooden huts that would be inhabited by a dozen soldiers at once. Inside the cramped quarters, the soldiers used straw for their bedding and went without the comfort of blankets. Critical supplies like food, clothing, and medicine were low. The weather was brutally cold and diseases like typhus and smallpox overwhelmed the camp.

Friedrich Wilhelm von Steuben, often called Baron von Steuben, had been a military officer in the Prussian army since the age of 17. The Prussian army was a force widely considered one of the most formidable in Europe at the time, and von Steuben had made the most of his time with the army. The baron was a well-trained soldier with a clever mind for military strategy. On February 23, 1776, he rode into Valley Forge to turn the tides of war. He began training the soldiers, which not only reduced the tedium of idleness, but transformed them into a disciplined fighting force.

When the Continental Army walked out of Valley Forge on June 19, 1778, they were not the inexperienced and weary recruits who had labored into it — and they proved it nine days later with a victory at The Battle of Monmouth.