Today in military history: Battle of Bunker Hill began - We Are The Mighty 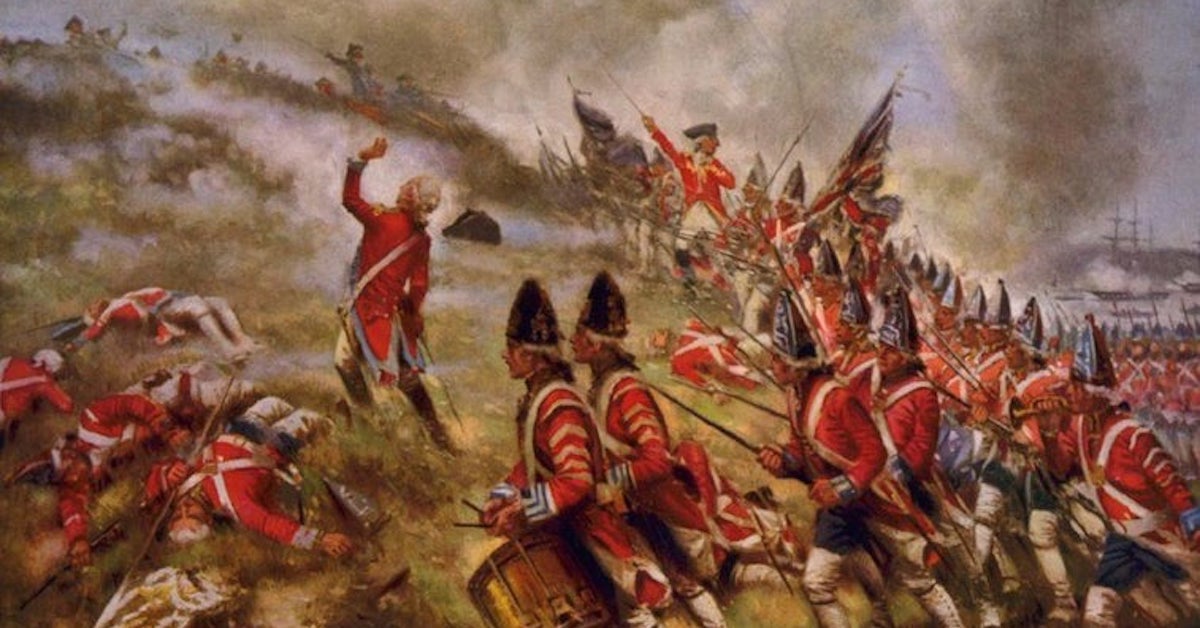 After the Battle of Lexington and Concord, both British and Colonial forces were anticipating another fight. Colonial troops took up positions around Boston, bottling up the British Army. Although commonly referred to as the Battle of Bunker Hill, most of the fighting occurred on nearby Breed’s Hill, where Colonial forces fortified their position.

On the morning of June 17, 1775, the British discovered the rebel’s fortifications. They carried out a full-frontal assault on the fortified positions. The Colonists, who were told “don’t fire till you see the whites of their eyes” inflicted massive casualties on the British.

As the British advanced across open ground, they were mowed down by American sharpshooters. Their return volleys were ineffectual because of the American defenses. Once the British successfully stormed the redoubt on their third attempt, the Americans simply retreated, as they lacked bayonets with which to fight the redcoats.

The British ultimately took Breed’s Hill once the Colonists ran low on ammo. But the massive casualties prompted the British to change their battle tactics and no longer underestimate the ferocity of their former subjects. Furthermore, the battle provided the inexperienced Colonial forces with a confidence boost that would drive them through the Siege of Boston.