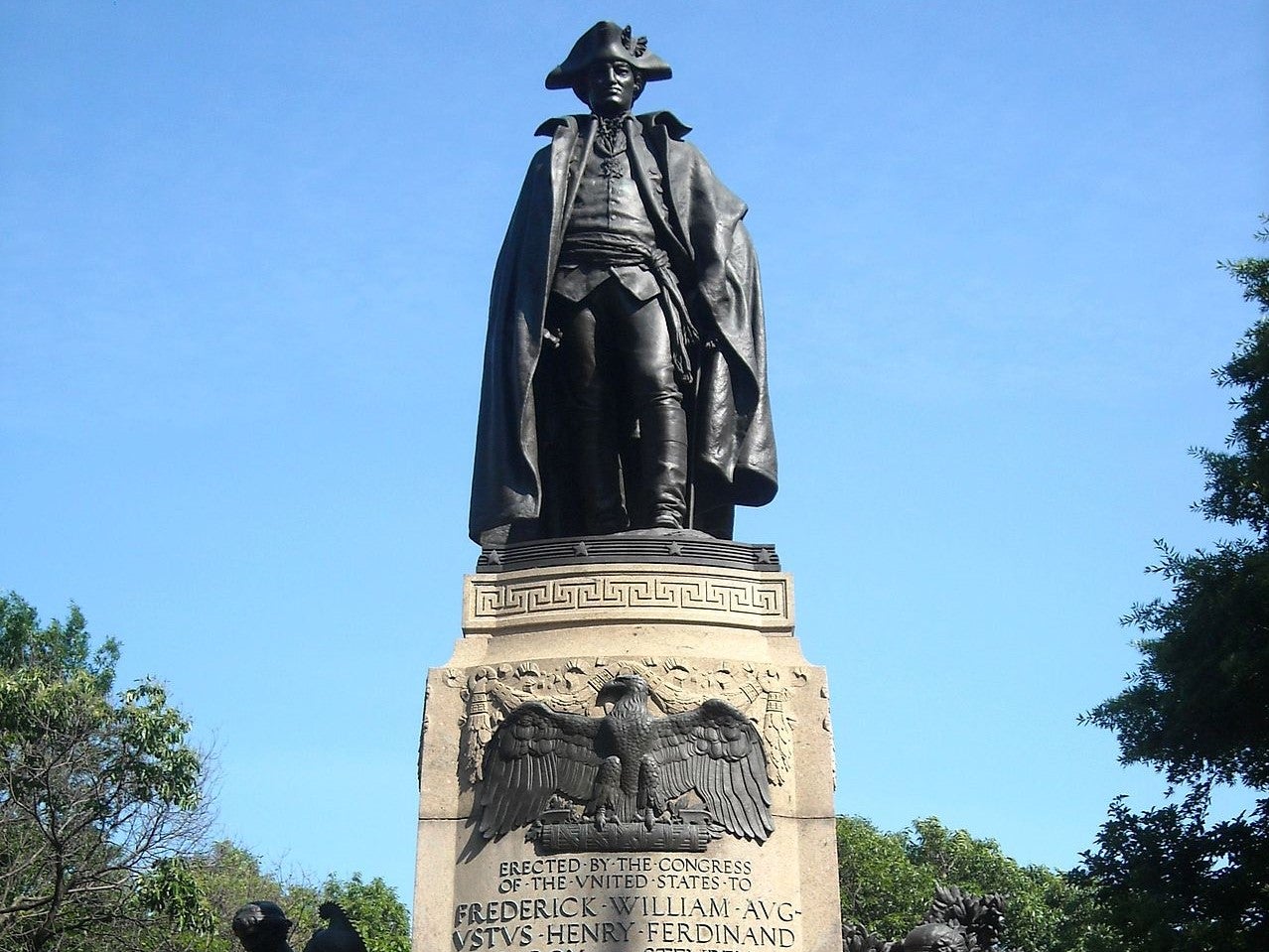 Before Baron Friedrich Wilhelm von Steuben arrived to train the Continental Army, they were a largely unorganized, untrained group of men who lacked skill, but not the spirit, of professional soldiers. That all changed at Valley Forge.

When Steuben took over responsibilities for training Gen. George Washington’s men in the ways of fighting a war, they may not have turned into pros overnight, but the training sure paid off in a big way.

General Washington would appoint Baron von Steuben to a Major General’s grade and appoint him Inspector General of the Army at Valley Forge, Pennsylvania. The Baron had his work cut out for him.

He had to train the volunteers who enlisted from their previous professions to become trained soldiers fighting the best troops on the planet at the time: the British. Until he arrived, every new recruit was simply handed off to a regiment who trained those men to fight the way their commander believed they should, not according to any organized doctrine.

Von Steuben set up a training regimen that saw a training system where specialized noncommissioned officers would train new recruits from a doctrine prepared by him with translation from Steuben’s native German into English. The training program included European-style marching formations as well as training with the weapons they were issued, especially the bayonet.

Before Steuben arrived to train the Continental Army, the men used their bayonets primarily as a cooking tool, most often as a kind of skewer. The Continentals didn’t trust the bayonet in combat, despite seeing the British troops use it effectively to break American lines at Bunker Hill.

“The American soldier, never having used this arm, had no faith in it, and never used it but to roast his beefsteak, and indeed often left it at home,” Steuben wrote.

The Americans depended on their guns for success in combat, which is probably the reason they hadn’t seen much success in combat up until this point. In Steuben’s mind, the musket was too unreliable when firing in combat and took too long to reload. It was necessary to go into a fight with a loaded rifle, of course, but once the fight devolved into a brawl, the bayonet would decide the victors.

The bayonet was a solid weapon and he taught the Continental Army to use it. He would know, because he spent much of his life until that point fighting in European wars in the Prussian army. He drilled the Americans constantly, imposing strict discipline on them and forcing them to conform to a regimented way of war. He crafted the Army’s first field manual, “Regulations for the Order and Discipline of the Troops of the United States, Part I.”

In 1779, the Continental Army would get a chance to show off their new skills with the bayonet at the Battle of Stony Point, which they won without firing a shot. They didn’t even have loaded muskets when they went into combat.

Washington planned a daring nighttime assault on the fort at Stony Point, 30 miles north of New York City. The Americans moved silently in the dark and infiltrated the defensive positions of the unfinished fort. By the time British sentries noticed Americans approaching Stony Point from the south, Americans under Gen. “Mad Anthony” Wayne were already inside.

Americans had climbed the slopes approaching Stony Point so fast that British artillery pieces were not able to correct their positions to actually fire at the approaching rebel troops. The fighting lasted for just 25 minutes and the entire action only took an hour.

The discipline instilled by Baron von Steuben and the trust he placed in the infantry bayonet were crucial to the success of the battle.