Today in military history: Ernest Hemingway wounded on the Italian Front - We Are The Mighty 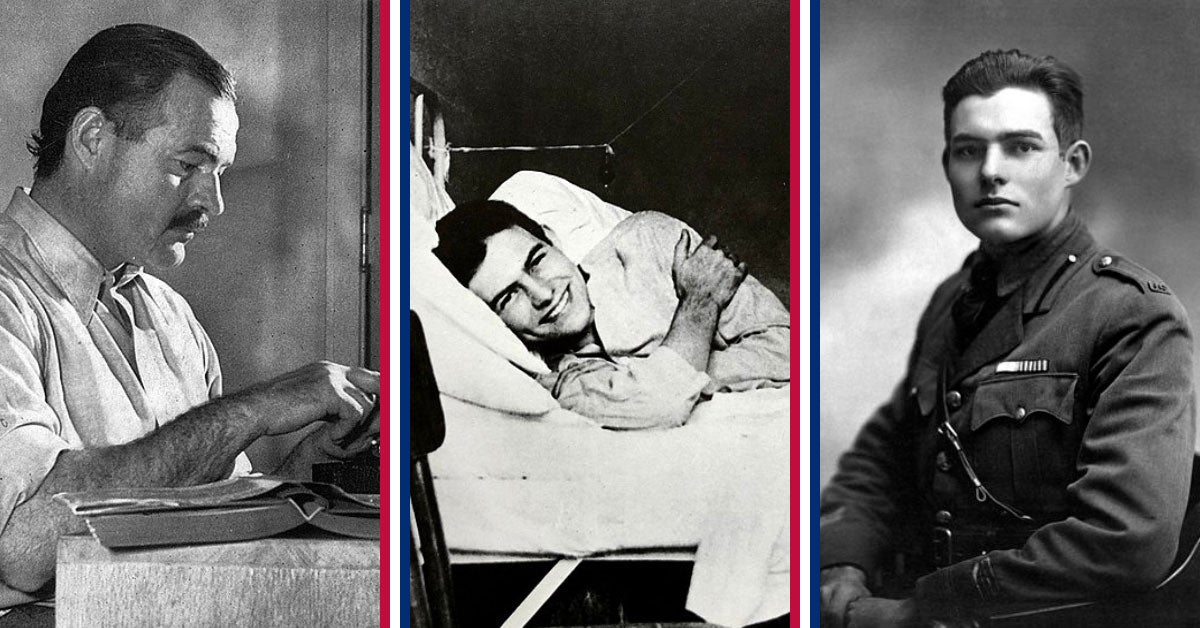 On July 8, 1918, Ernest Hemingway was wounded while serving on the Italian Front in World War I.

Hemingway volunteered as an ambulance driver for the American Red Cross when the war broke out. While handing out chocolates to Italian soldiers, Hemingway was struck by an Austrian mortar shell, taking fragments to the right foot and knee, thighs, hand, and head.

“Then there was a flash, as when a blast-furnace door is swung open, and a roar that started white and went red,” he recalled in a letter home.

Two men died in the attack, and a third was rescued by Hemingway, who, after regaining consciousness, carried the man to safe cover.

Hemingway received an Italian medal of valor for the act and later wrote about his war experiences in one of his most well-known novels, A Farewell to Arms, which explores love, war, masculinity, and femininity against the backdrop of the Italian campaign in World War I. Falling in love with his Red Cross nurse, Agnes von Kurowsky, may have helped a tiny bit with the novel’s inspiration.

He would also become the recipient of a Bronze Star for bravery in World War II, a Pulitzer Prize for Fiction, and a Nobel Prize for Literature.

According to Thomas Putnam for Prologue Magazine, “No American writer is more associated with writing about war in the early 20th century than Ernest Hemingway. He experienced it firsthand, wrote dispatches from innumerable frontlines, and used war as a backdrop for many of his most memorable works.”

Commenting on this experience years later in Men at War, Hemingway wrote, “When you go to war as a boy you have a great illusion of immortality. Other people get killed; not you…. Then when you are badly wounded the first time you lose that illusion and you know it can happen to you. After being severely wounded two weeks before my nineteenth birthday I had a bad time until I figured out that nothing could happen to me that had not happened to all men before me. Whatever I had to do men had always done. If they had done it then I could do it too and the best thing was not to worry about it.”

Featured Image: (Left) Hemingway working on his book For Whom the Bell Tolls at the Sun Valley Lodge, Idaho, in December 1939; (Middle) Hemingway in American Red Cross Hospital, July 1918; (Right) Hemingway in uniform in Milan, 1918.