Today in military history: Germany sinks the flagship of the Royal Fleet - We Are The Mighty

Today in military history: Germany sinks the flagship of the Royal Fleet 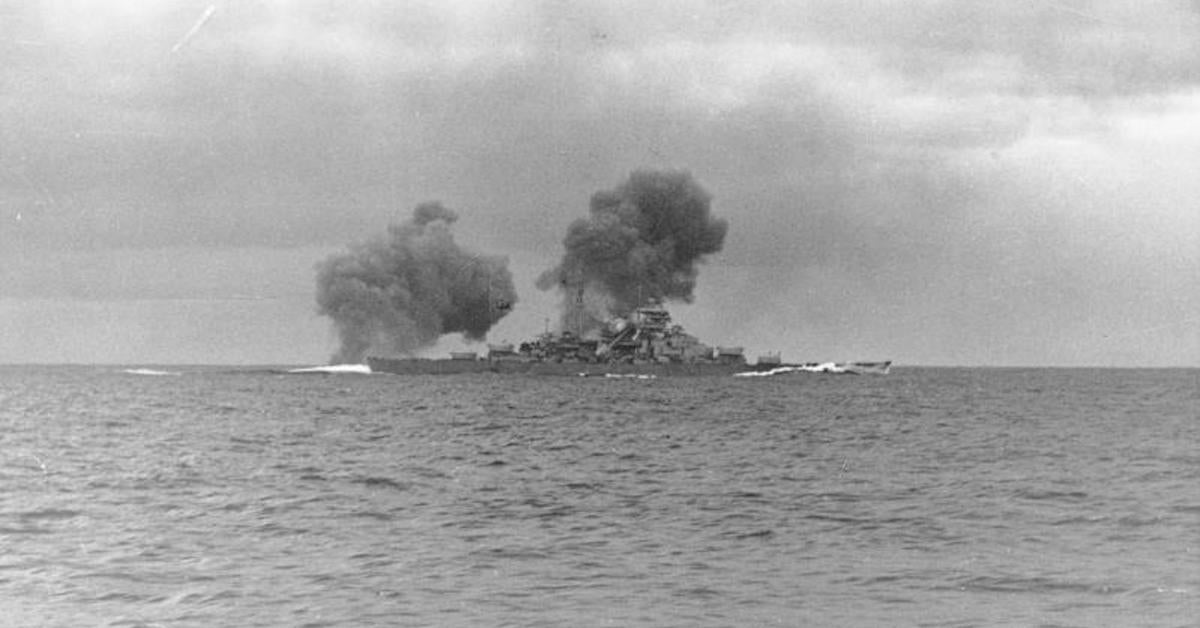 On May 24, 1941, the United Kingdom’s flagship, the HMS Hood, was sunk by Germany’s most powerful warship during the Battle of Denmark Strait.

When the HMS Hood was christened in 1920, she was one of the largest and most powerful warships in the world. Two decades later, she was sunk to the depths of Davy Jones’ Locker during the second World War.

From the outset of World War II, ships like the Hood were charged with hunting German ships that hunted British convoys. These convoys were essential to delivering the supplies and materials to keep the United Kingdom in the fight, so they were valuable targets for the Germans.

When a reconnaissance plane spotted the 50,000-ton Bismarck — a powerhouse of the German Navy — steaming towards a convoy, the Hood was sent to intercept, along with several other British ships.

After a brief exchange of gunfire, the Hood took a hit from a 380-mm shell in her main magazine, exploded, and sank. Only three crewmen survived the maritime disaster.

The British vowed to hunt down and sink the Bismarck, no matter the cost. The Bismarck’s last battle took place in the Atlantic on May 26-27,1941, after several phases of action that included air strikes from the British aircraft carrier Ark Royal, shadowing and harassment of Bismarck by British destroyers, an attack by the British battleships King George V and Rodney, and finally 100 minutes of fighting.

In the end, Bismarck was sunk from damage and deliberate scuttling. Her crew of 111 survivors returned to the United Kingdom, prisoners of a long war.