Today in military history: US aircraft carrier Langley is sunk - We Are The Mighty

Today in military history: US aircraft carrier Langley is sunk 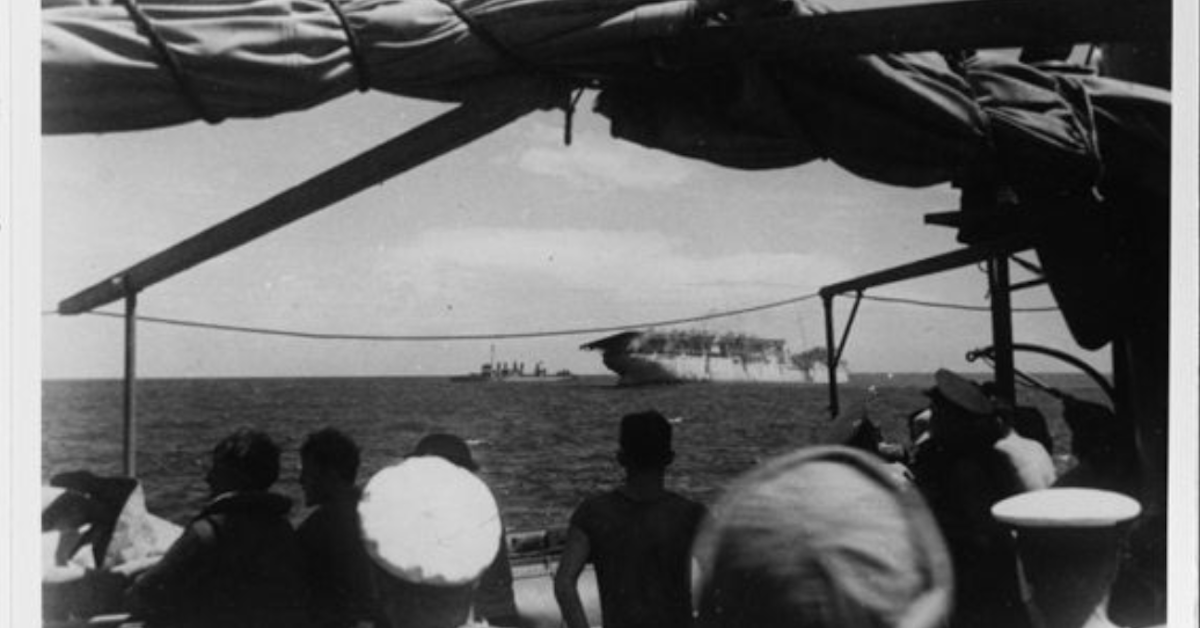 The Langley launched the first airplane in 1922 and nine days later, the first aircraft landed on her deck. For the next twenty years, she served as an unarmed test bed for flight deck operations before being reclassified and converted into a seaplane tender in 1937.

The Langley was built primarily for testing and experimentation for seaborne aviation in the Pacific. It became the test platform for developing carrier operation techniques and tactics, notably helping the Navy learn to better land and launch aircraft more quickly.

During World War II, she assisted with anti-submarine patrols in the Pacific. On Feb. 27, 1942, she was rendezvousing with U.S. destroyers when she was attacked by nine Japanese bombers. Commander R.P. McConnell managed to avoid the first two bomb waves, but the third struck hard and the engine room flooded, killing sixteen members of her crew.

McDonnell gave the order to abandon ship and watched with the rest of the crew from the destroyers decks as they finished her off, sending her down to Davy Jones’ Locker — and out of enemy hands.