Today in military history: US Constitution ratified - We Are The Mighty 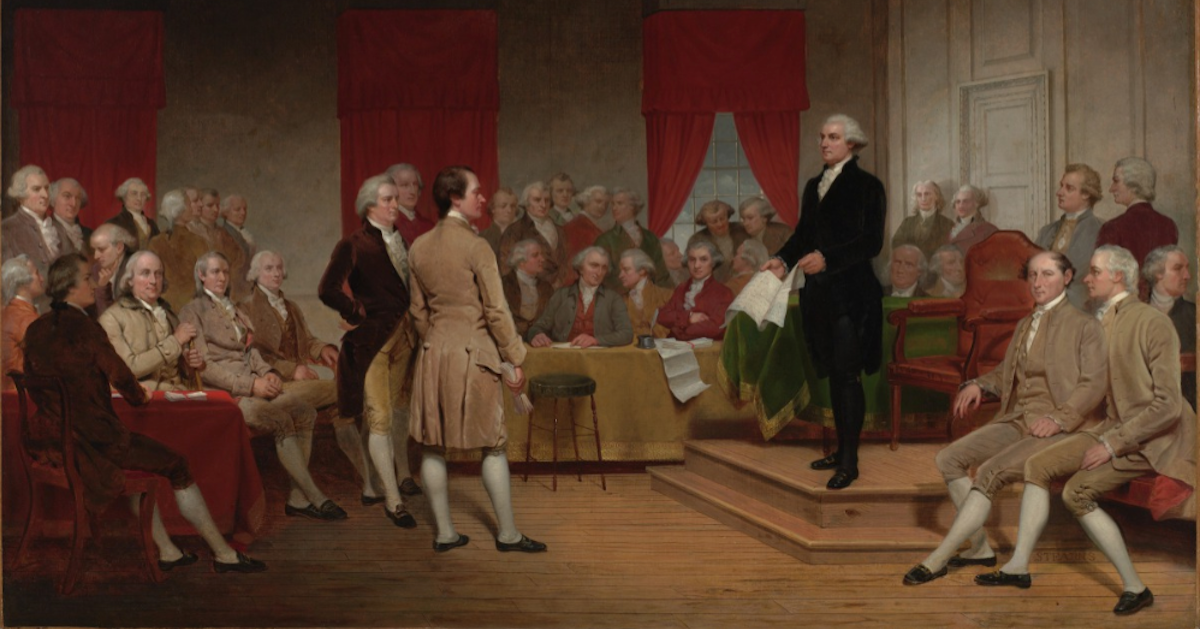 On June 21, 1788, New Hampshire became the ninth state to ratify the Constitution, establishing the document as the “supreme law of the land.”

We the People of the United States, in Order to form a more perfect Union, establish Justice, insure domestic Tranquility, provide for the common defence, promote the general Welfare, and secure the Blessings of Liberty to ourselves and our Posterity, do ordain and establish this Constitution for the United States of America.

Post Revolutionary War, it quickly became apparent that the Articles of Confederation — America’s first national government wherein states acted together only for specific purposes — needed a makeover. Cue the Constitution of the United States, which created, among other things, a system of checks and balances for a more centralized federal government with the power of the union vested in the people.

The Constitutional Convention began in May of 1787, with delegates shuttered within the State House and sworn to secrecy so they could speak freely. By mid-June, they had decided to completely redesign the government. One of the biggest arguments was over congressional representation, which resulted in a compromise: the Senate would comprise two representatives from each state while the House of Representatives would give each state one representative for every 30,000 people. In this agreement, enslaved persons were counted as three-fifths of a person, even though they were stripped of their power or voice.

Ratification of the Constitution required nine out of the thirteen states’ approval, which took about six heated months to accomplish.

The Constitution took effect in 1789. It has been amended 27 times to meet the needs of the nation, with the first 10 amendments making up the Bill of Rights. Fun fact: The United States Constitution is the oldest written constitution still in use in the world.