Today in military history: Women join British war effort - We Are The Mighty 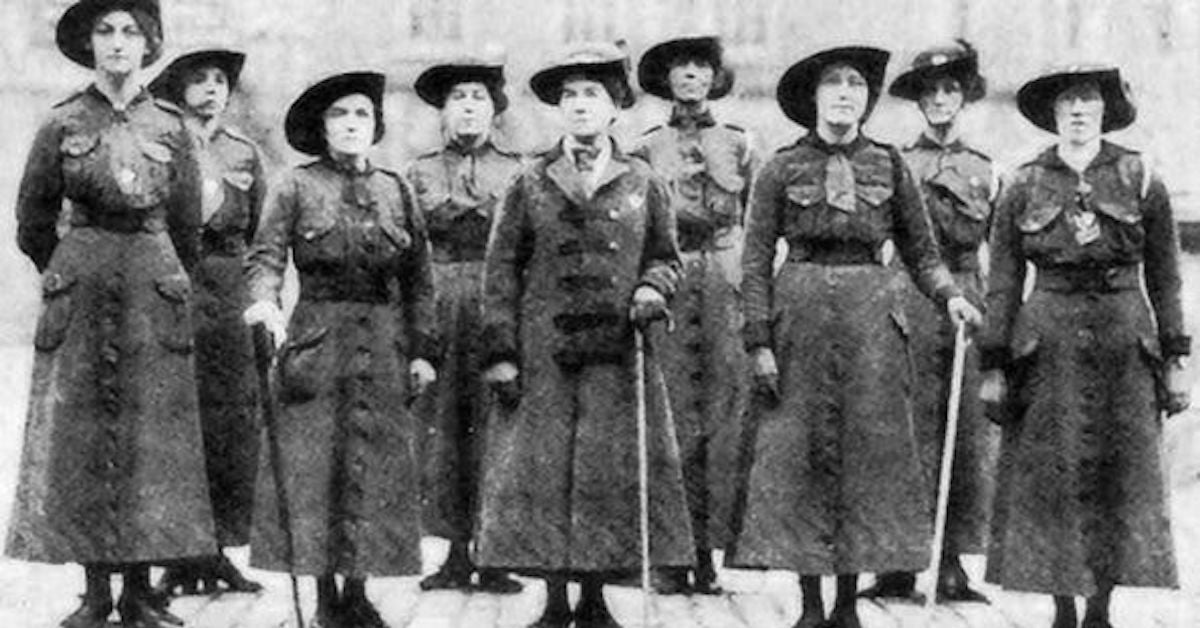 Along with the Voluntary Aid Detachments and the First Aid Nursing Yeomanry, the Corps was one of three female auxiliary units to be formed early in the war. It consisted of two divisions: a civil section and a “semi-military” section.

In the first, women replaced men in the workforce to free them up for combat. In the second, however, women were recruited for the armed forces in order to protect themselves and their loved ones in the event of an invasion.

Due to labor demands, women were already working in weapons and munitions factories throughout Britain, but the establishment of the WAAC meant females could officially enlist in the army to perform non-combat support tasks — for a smaller salary than their male counterparts…

By the end of World War I, nearly 80,000 women wore the uniform as non-combatants, significantly contributing to the Allied war effort against the Central Powers in the three British women’s forces — the WAAC, the Women’s Relief Defense Corps and the First Aid Nursing Yeomanry — and marking the beginning of women’s roles in Western military forces.