Today in military history: Women inducted into US Naval Academy - We Are The Mighty

Today in military history: Women inducted into US Naval Academy 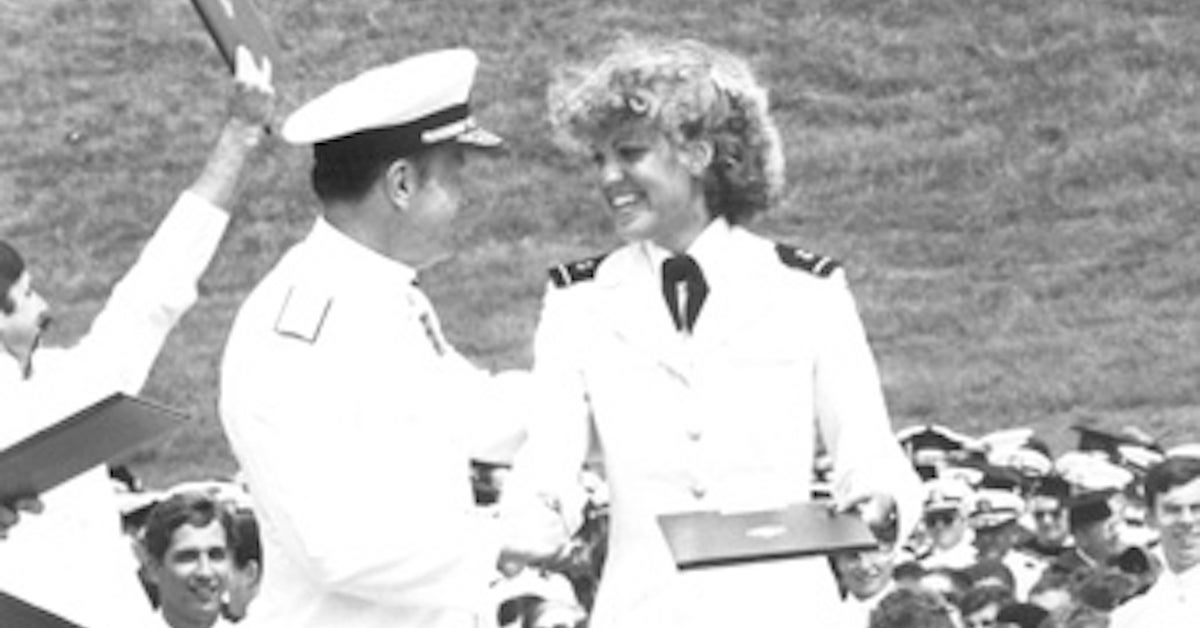 On July 6, 1976, the United States Naval Academy admitted women for the first time.

81 of them were midshipmen at Annapolis, Maryland.

But earning their commission would not be easy. With male chauvinism and bias working against them in addition to the mental and physical challenges of military training, the women had to work hard to prove themselves — which they quickly did, nailing academics at a higher rate than their male counterparts and slowly earning the respect of their brothers in arms.

“I think our male classmates, being used to attending co-ed high schools, didn’t find it odd having women in their classes,” Barbara Ives — then known as Barbara Arlene Morris — once said of her experience as a member of that first class, “but the upperclassmen who were used to having men-only had a much harder time.”

The media didn’t help the situation.

“From the moment we arrived, the media singled us out, and it increased animosity,” Ives explained. “The media always wanted to do interviews and take our photos.”

The Navy didn’t know what they were doing, either. The female midshipmen were assigned full dress uniforms that included white skirts, stockings and heels. The heels dug into the grass and the white didn’t stay white for long. According to the Tester, “the Navy’s first solution to the problem was to cut off the heels of their shoes, resulting in an increase in foot-related medical problems. Finally, by their second year, the women were issued proper flat shoes and a uniform known as White Works, which included bellbottom pants.”

55 women from that first class graduated, paving the way for all female cadets, who now comprise more than a quarter of the student body.