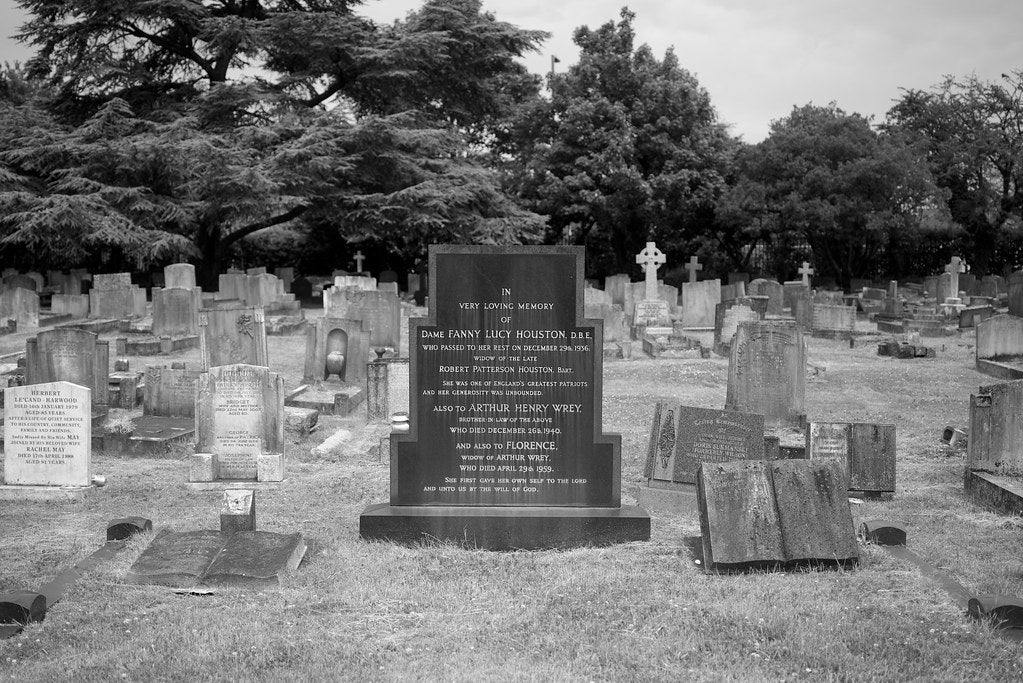 Dame Fanny Lucy Houston, Lady Houston wasn’t born with those titles. She was actually born in 1857 into a large, working class family in London. She later became a professional dancer and chorus girl who married into a wealthy family and received a large inheritance when her husband died.

The large sums paid by his estate, along with her two subsequent marriages into nobility might have seemed off to many at the time, but it would help save Britain during World War II – and Lady Houston wouldn’t be alive to see it.

In 1924, “Poppy” Houston was divorced from her second husband, the British politician and Baron, George Byron. She was about to marry her third husband, Member of Parliament Sir Robert Houston. Two years later, he was dead and she inherited his fortune. She never remarried, but instead devoted large sums to causes close to her heart.

One of these was British aviation. The Labour government of the United Kingdom at the time felt that developing British air power was something that would just happen naturally. After winning two Schneider Trophies (awards presented to the fastest seaplane), the UK and the Royal Air Force declined to continue.

It was the policy of the British government in the early 1930s to forego involvement in the Schneider Trophy races, and forbade any kind of funding or participation in the events surrounding the trophy.

Lady Houston was not your average early 20th Century British woman. She was one of 10 children to come from a box maker’s family. She had been married three times, once divorced and twice widowed, and she took on causes that might have been untouchable for other wealthy patrons.

She supported the women’s suffrage movement in Britain, opened retirement homes for World War I-era battlefield nurses, and was obsessed with protecting the United Kingdom from the threat of communists, socialists and the coming German threat.

So when the Air Ministry refused to fund more development in British military aircraft, Lady Houston, then the UK’s wealthiest woman, decided to fund the British entries herself.

One of the planes was the Supermarine S6, created and developed using £100,000 donated  by Lady Houston. Not only would it help in Britain’s national defense, for Houston, it was also a well-placed slap in the face of British Prime Minister Ramsay MacDonald – a win-win for the Lady.

The Supermarine S6 developed using those funds was a monoplane using a Rolls Royce engine and a design that promised to beat every other entrant into the competition. After Houston’s generous donation, the Prime Minister was forced by public sentiment to allow RAF pilots to man the plane. He gave in.

That early design was an essential part of developing the fighter aircraft that would win the Battle of Britain when the German Luftwaffe began its attacks on the British Isles in 1940: the Supermarine Spitfire.

When the Battle of Britain finally came, the Spitfire was not the most numerous plane in RAF hangars, that was actually the Hawker Hurricane. The Spitfire became the legend of the battle because they had longer service lives, had a higher kill to loss ratio, and were able to bring the fight to Germany’s vaunted Me-109 fighter aircraft.

In the years that followed World War II, Lady Houston was given a few appropriate nicknames, among them were “Saviour of the Spitfire” and “First of the Few.”