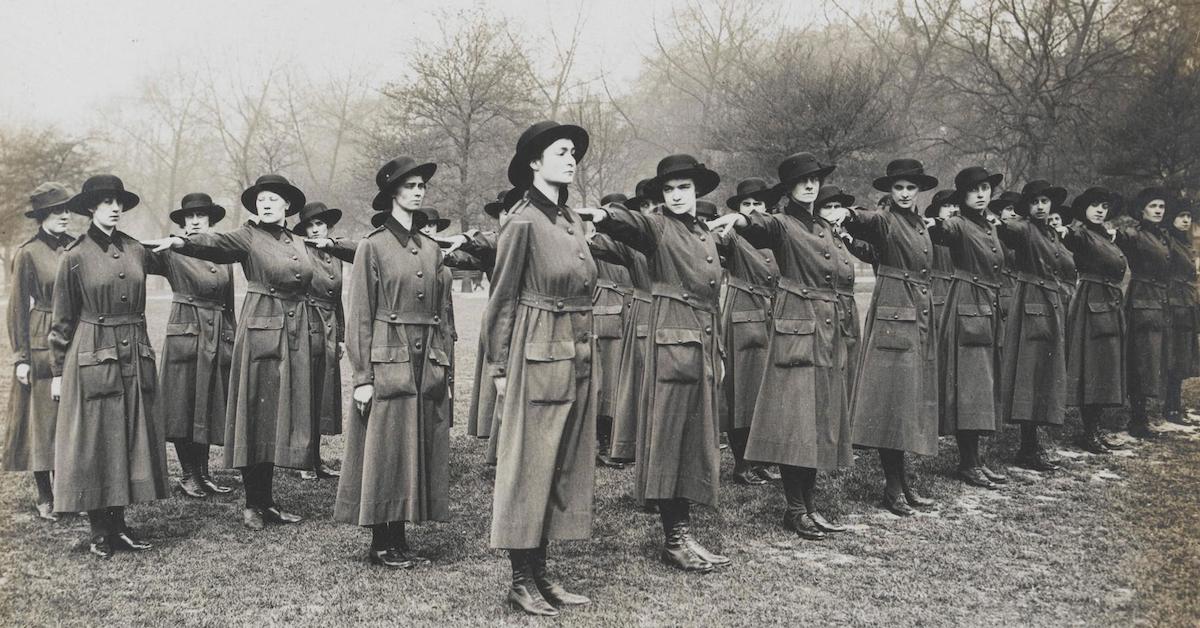 On July 7, 1917, the British Women’s Auxiliary Army Corps was formally established, allowing women to directly support the war by serving in France.

Due to labor demands, women were already working in weapons and munitions factories throughout Britain, but the establishment of the WAAC meant females could officially enlist in the army to perform non-combat support tasks — for a smaller salary than their male counterparts…

The harsh conditions in the factories contributed to dozens of deaths from poisoning, accidents, or explosions. Nonetheless, women weren’t deterred from doing their part. By 1917, the campaign to approve the formation of the WAAC meant that women could aid in the war effort more directly by fulfilling roles such as cookery, mechanics and clerical work, freeing up men to serve in the trenches.

By the summer of 1917, women were serving in France on the war front, even if they were restricted to menial work. The female volunteers were prohibited from becoming officers, but did rise in the ranks as “controllers” or “administrators.”

By the end of World War I, nearly 80,000 women wore the uniform as non-combatants, significantly contributing to the Allied war effort against the Central Powers in the three British women’s forces — the WAAC, the Women’s Relief Defense Corps and the First Aid Nursing Yeomanry.