Top 5 acting performances from Marine veterans - We Are The Mighty 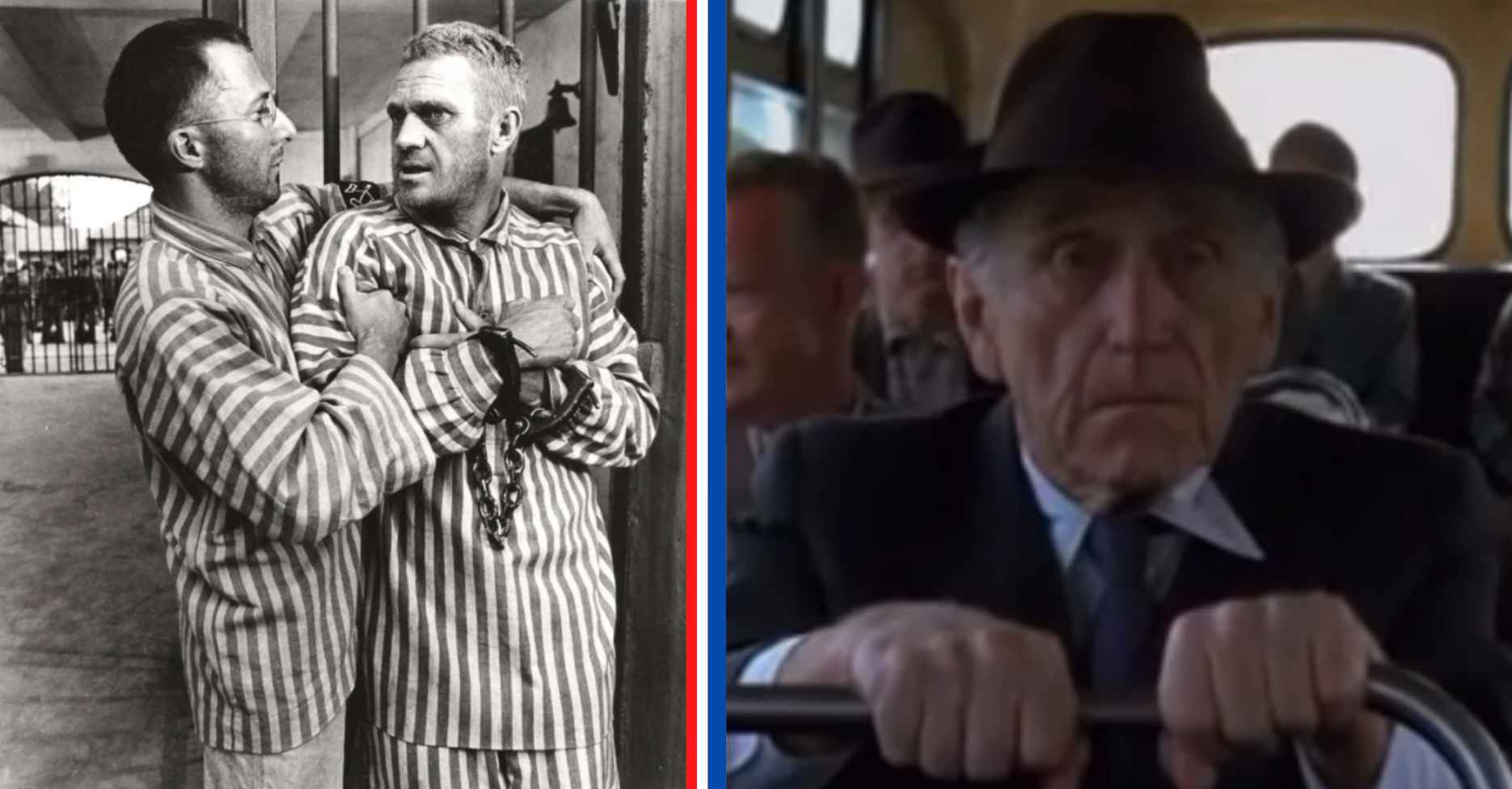 Veterans have made great actors across the history of cinema and stage. Marines have given some of the best efforts on screen and here is a list of their top acting performances, some earning an Academy Award. Take a look and if you are unfamiliar with them, you should check them out for a great performance and wonderful film.

George C. Scott served in the Corps from 1945 to 1949 and was assigned to 8th and I Barracks in Washington, D.C. After numerous great roles and years of acting he was cast as General George S. Patton in the 1970 film Patton. The role is iconic, inspirational and larger than life, a fitting lead part for Scott. His performance earned him the Acadamy Award for Best Actor in 1970.

2. TIE! Steve McQueen as Machinist’s Mate 1st Class Jake Holman in The Sand Pebbles and as Henri Charrière in Papillon.

McQueen served in the Corps 1947 to 1950 and during his service saved five fellow Marines by rescuing them from a tank just before it broke through the ice and went into the water on an Arctic exercise. He had one of his roles nominated for Best Actor by the Academy in 1967 for the The Sand Pebbles and then he was up for the Golden Globe as Best Actor in Papillion. Both engaging and intense performances from the King of Cool.

Lee Marvin served in the Corps from 1942 to 1945 in the 4th Marine Division during World War II and was injured on Mount Topachau during the Battle of Saipan. Marvin spent decades as an actor and on-screen tough guy in many great roles. The Academy recognized him for his work in the 1965 western comedy Cat Ballou, which earned him an Academy Award for Best Actor in a dual role.

4. Gene Hackman as Jimmy “Popeye” Doyle in The French Connection

Hackman served in the Corps from 1946 to 1951 as a radio operator stationed in China, Hawaii and Japan. He attained the rank of sergeant during his service. Hackman has been nominated and won many different acting awards throughout his career. The one that put him on the map was earning the Academy Award for Best Actor as the tough as nails Popeye Doyle in The French Connection in 1971.

5. Harvey Keitel as Winston “The Wolf” Wolfe in Pulp Fiction.

Keitel has a wealth of film work worth watching and studying. He has been in the business now for over 50 years. He has worked with the best and brightest to include Scorsese, Tarantino and Nicholson. Keitel served in the Corps during the mid-to-late 1950s with a deployment to Lebanon for Operation Blue Bat. His best role, which will likely be contested, is as the Wolf in Pulp Fiction. Threatening, refined and professional are choice words to describe his role as Winston in the seminal Tarantino film. He also drove a really cool NSX in the film.

Whitmore played a wonderful role as Brooks in the The Shawshank Redemption and endeared a younger generation to his fantastic skills as an actor. He served in the Corps from 1942 to 1946 initially on the enlisted side and was eventually commissioned as an officer.

Dennehy served in the Corps from 1958 to 1963 which included being stationed in Okinawa. His portrayal of Teasle is chilling, irritating, and likable all at the same time. Too bad his character found out why people shouldn’t mess with Rambo.

Ford’s career began in the Golden Era of Hollywood and served in the Marines in mid 1940s during World War II. His great film credits include Gilda, The Big Heat, Blackboard Jungle and the original 3:10 to Yuma. He earns the honorable mention for his subdued yet spectacular role as Superman’s father Jonathan Kent in Richard Donner’s legendary Superman in 1978.