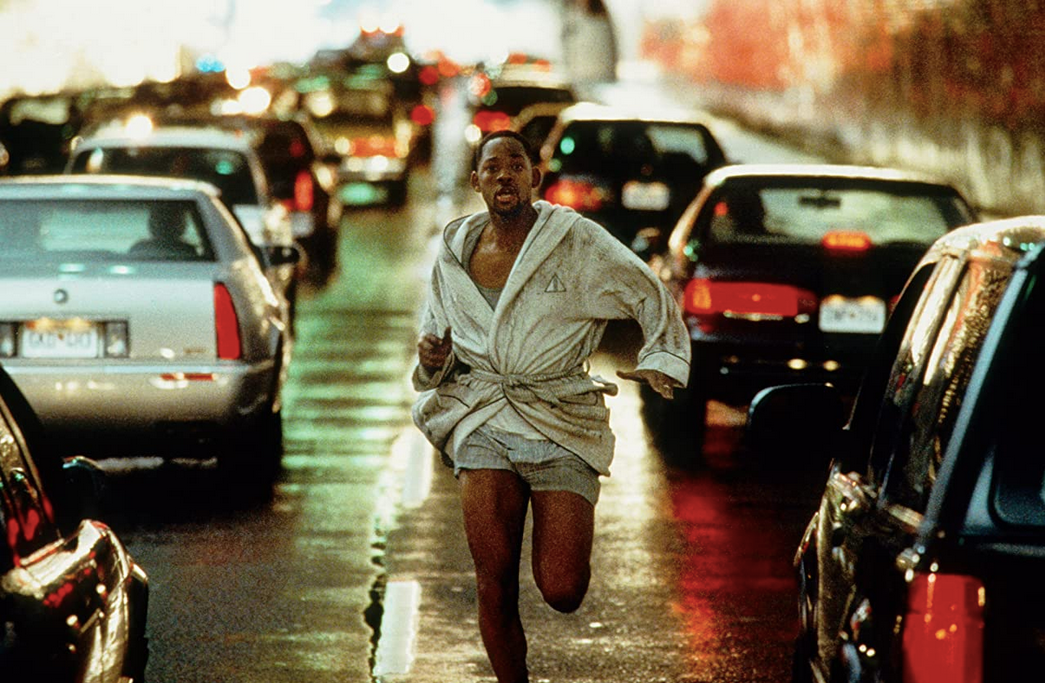 Will Smith in Enemy of the State. (Photo by Touchstone Pictures).

There is nothing as thrilling as watching a spy movie since it makes you feel like you are a real secret agent who can be very successful, even if it is just for a few minutes. It is more than evident that most of us will never get the chance to jet around globally for a top-level mission or even be tangled in a high-speed car pursuit.

These top 5 greatest spy movies of all time will act as our great escape from reality into an exhilarating adventure from the comfort of your couch.

One similarity in the top 5 greatest spy movies of all time is that they are unpredictable. Not only are the stakes significantly high, but also the secret agents are excellently trained, and therefore it can be tough to predict what their next step is.

Whether you are intrigued by Will Smith trying to catch the bad guys or Jason Bourne being pursued by ruthless assassins, the only surety you have is that you will be entertained until the final credits come up.

This engaging film, based on the novel of the same title, which stars Tom Hardy, Colin Firth, and Benedict Cumberbatch, takes its good time unraveling its fantastic tale of fraud, international relations, and espionage, leaving the details to trickle down slowly before the last reveal.

George Smiley, a former M16 secret agent played by Gary Oldman, is forced to retire. However, things were serious when he was pulled out of his retirement following the Russians’ revelation that a spy in M16. Smiley is forced to find out and get rid of the traitor lurking in the top ranks of the British Intelligence agency.

Interestingly, this is among the most famous spy movies of the last twenty years based on a novel by Robert Ludlum telling Jason Bourne’s story played in four films by the renowned Matt Damon.

He was a former black-ops secret agent who was going through a very bad case of amnesia. When his commanders realize that he is still breathing, they immediately send a team of highly trained agents to wipe him from the face of the earth.

The Bourne Identity movie makes it to this list as it features kinetic, intense action and a great sense of momentum that most other spy movies cannot live up to.

We might have to be comfortable with the disturbing idea that our every move is being watched as part of our daily life nowadays. However, when this exhilarating movie came out, the idea that you could be easily heard or seen anywhere, even in the comfort of your own home, was a new and scary one that was actualized by the director.

Robert Clayton Dean, who is played by Will Smith, is a lawyer who is unintentionally entangled in an enormous political offense linking a murder organized by a sedentary senator when a video revealing the murder was released.

With Brill’s utmost assistance, a former intelligence agent starred with paranoid zeal and energy by Gene Hackman; it is clear that Clayton has to think of a way to save his name and image and expose the truth.

Not many remember this classic film by Steven Spielberg; however, it stands as one of his greatest. It portrays how proficient Spielberg is at staging a highly edgy scene with the help of majorly cinematography and sound design.

Additionally, the fact that the spy movie has its basis in history makes it increasingly fascinating. The film unravels how following the massacre of the eleven Israeli athletes at the famous 1972 Munich Olympics, a Mossad secret agent is dispatched to take out the Palestinian group’s eleven members who went on with the attack. Ciaran Hinds, Eric Bana, and Daniel Craig, the film stars, provide some fantastic tense and exhilarating moments.

The three most current Mission: Impossible movies may be voted as some of the best espionage and action films ever created. However, this could not be possible without the original one, which significantly set the right rhythm and tone of the ones that would come after it.

Tom Cruise got his opportunity to begin as an IMF agent as Ethan Hunt, a role he has excellently played for more than 20 years. The original one set a novel standard for spy movies and invented the structure that nearly all Mission: Impossible films would follow consequently. Its most crowning and unique epitome of success is its blood-rushing heist scene, which consistently increases the stakes of the agents getting captured.