7 painful things that are better than getting OC sprayed 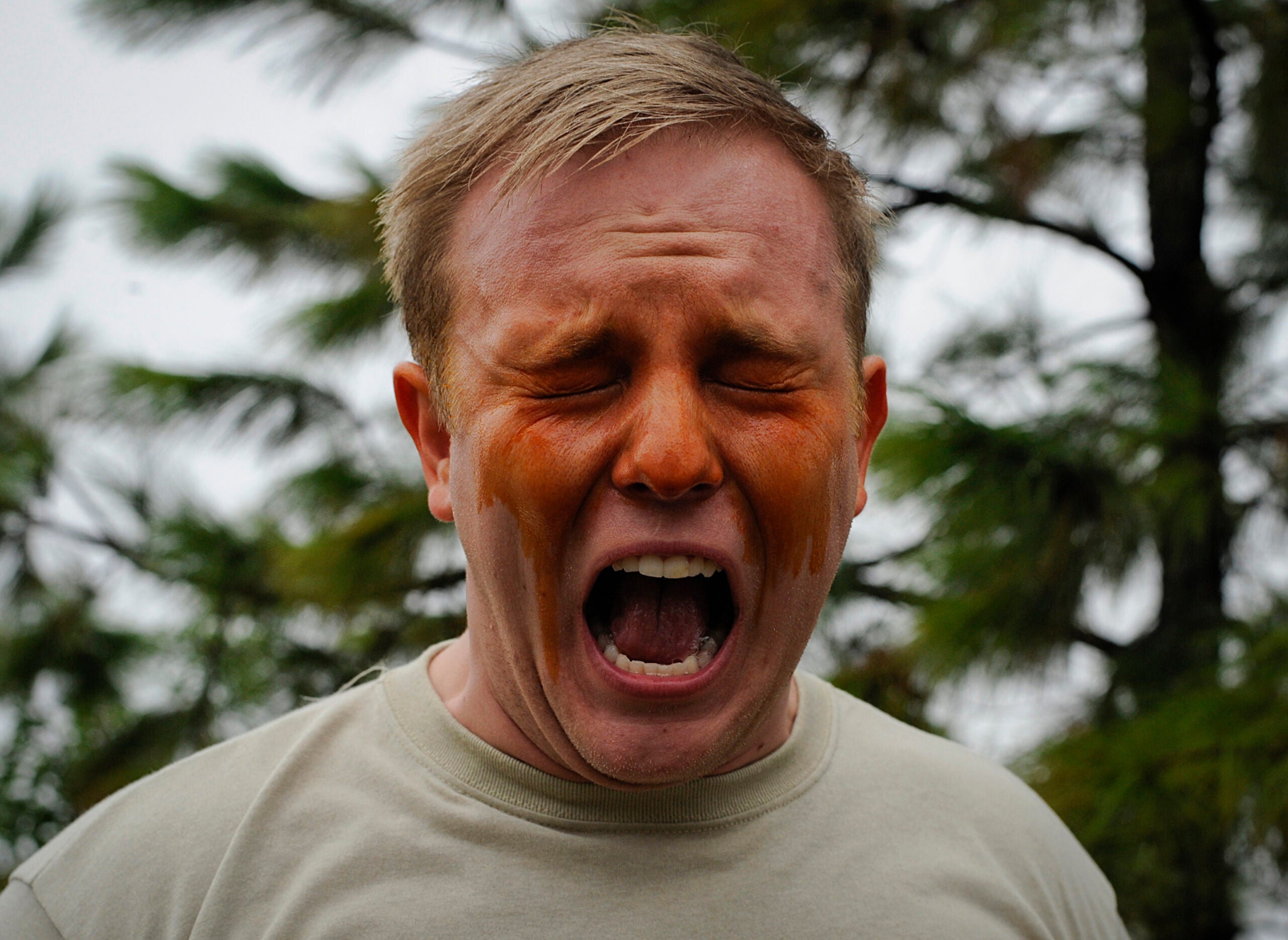 Senior Airman Beau Bartulis, a military working dog handler with the 6th Security Forces Squadron, reacts to oleoresin capsicum (OC) after opening his eyes during OC training at MacDill Air Force Base, Fla., Jan. 28, 2016. The training taught Airmen how to react and detain an individual if they were to be sprayed while on duty. (U.S. Air Force photo by Airman 1st Class Mariette M. Adams).

OC qualifying is one of the most dreaded requirements in the military. Occasionally, you’ll run into some people who will try to act tough by saying that OC qualifying isn’t so bad but they’re lying. It is that bad.

Getting kicked in the family jewels

This is extremely painful for any man to experience — but it’s still not as bad as getting pepper sprayed and then subsequently having to fight people and do workouts afterward.

Getting a toenail removed without lidocaine

Granted, any type of procedure is going to be painful without a sedative, but no matter how painful that procedure is, it’s still not as bad as taking pepper spray to the face.

This is probably the worst part of boot camp — getting put into a bunker filled with tear gas then being forced to pull the mask off your face. If you’ve got lungs of steel, no problem, just hold your breath. But, if you take the smallest breath, your entire respiratory system is going to be on fire. Even still, pepper spray is much worse.

This one will likely stir some debate, but let’s be real: At the end of a MARSOC screener, even if you don’t get picked, there’s the gratification of having completed some of the most grueling preliminary testing the military has to offer. At the end of OC qualification, you’re just in pain.

People who have done both taser and OC qualification will debate this all day. You’ll hear some may say they’d rather get tasered ten times than be sprayed once and vice versa. The truth, however, is that with tasers, the pain ends when the trigger is released. With OC, the pain lingers long after you complete training.

Training for a helicopter crash in water is fun for some, but a lot of people hate it. For those who don’t know, what happens is you get strapped into a simulated helicopter, which then gets dropped in a pool, submerged, and flipped upside down.

Your goal is to escape the grips of death and resurface. Once you get out of the helicopter, you’re done — that’s it.

The most commonly despised word across the military is “reenlistment.” While the option to reenlist is not exciting, some might even choose it over getting pepper-sprayed again.