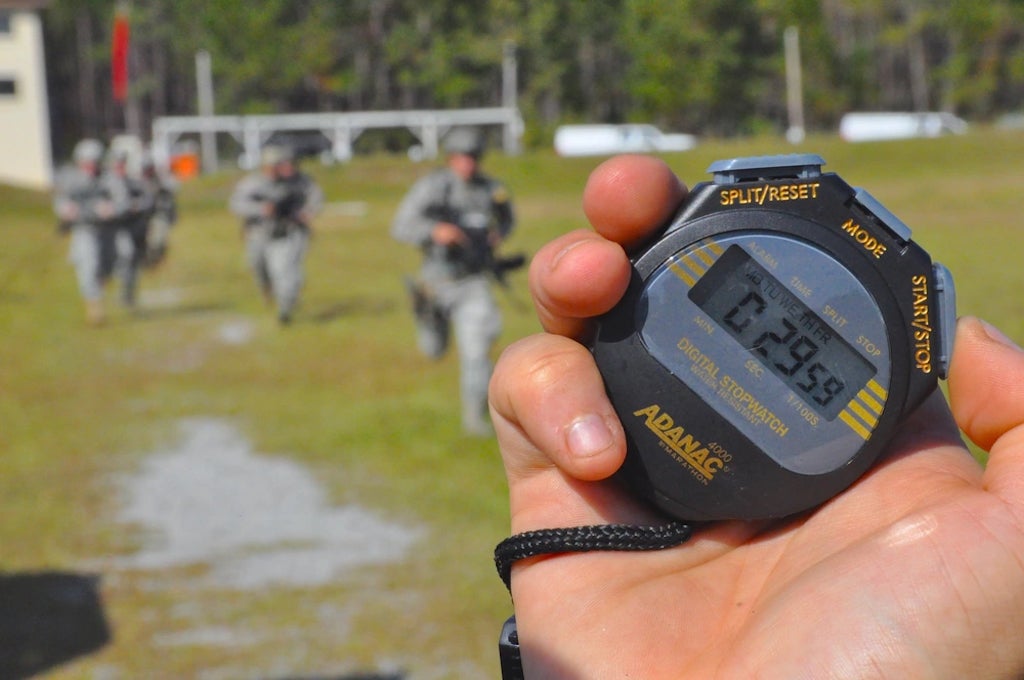 If you're not early, you're late. (U.S. National Guard photo by Sgt. 1st Class Gerard Brown).

It’s fun for veterans to joke around with each other and point out the common things we all do, the things that stayed with us, and the habits we kept after leaving the military. Some of them are things unique to military service, while others are just good ideas all around.

Veterans, for example, are likely to overload their left hand with things like packages and groceries while leaving the right hand completely empty. It looks ridiculous, but we’re programmed that way – we needed to be able to salute. There’s no reason for us to keep doing it outside of the military, but  we do it anyway.

There are a couple of programmed habits that stay with military veterans that indicate to other that we served, but beware: some of these habits are actually very common elsewhere in the world. So before you point it out to a suspected vet, just know that if you’re using the following criteria, he or she might simply be from another country.

For much of the rest of the world, the 24-hour clock is in common use, because it’s much easier to acknowledge the afternoon with a higher number (+12 hours for you non-military, non-European folks) than to use AM or PM to indicate the part of the day. Also, specialized areas of scientific research, aviation and other fields also use the 24-hour clock worldwide.

For those who don’t know, “knife hands” are when someone uses the entire flat palm of their hand to point or gesture to something, or to make a significant point in conversation, just like using one’s index finger for the same purpose. Popularized by military training instructors and perfected by former Defense Secretary James Mattis while he was in the Marine Corps, knife hands also serve to intimidate while informing.

But for much of the rest of the world, pointing with ones’ index finger is considered impolite and provocative and foreign nationals will go to great lengths to not use this gesture. Many countries will perform many of the same gestures Americans perform with their finger but will often use their entire hand instead. Hence, the “knife hand” used to point is actually more common than one would think.

On U.S. military uniforms, the “gig line” is the line made by one’s clothes as they extend from the face, down the front of one’s jacket, belt, and pants. So the line that bisects a troop’s shirt should be in a line with the line of buttons on their shirt or coat, the belt buckle should also extend the line, along with the pants zipper, etc.

Much of men’s fashion in the rest of the world uses this same principle, unless an item of clothing’s zipper or buttons are not supposed to fall in the center or be in any kind of line, of course. In general, you can see the use of what we call a “gig line” in almost any setting or ad. Everyone does it. We just have a word for it.

The old military saying goes, “If you aren’t early, you’re late,” and so you’ll find veterans arriving early for almost everything in life, even after leaving the military. Some people find this to be a great thing – and it is.

But in the rest of the world, being on time for things is just what people do when they make appointments, set dates and plan ahead. Much of the rest of the world accepts that when you commit to something, you will be there, ready and on time. Veterans are just committed to doing what they said they would.