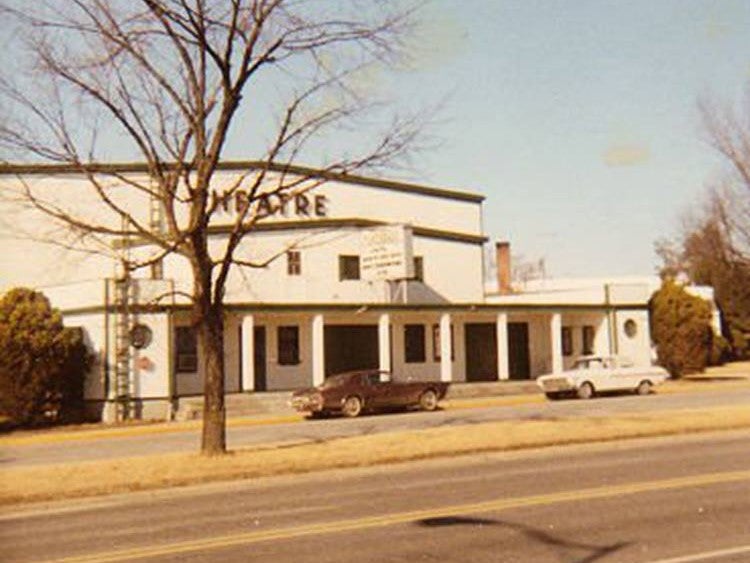 At Fort Bragg, North Carolina, something rare and particular began in the 1970s. When — citing the growth of accidental deaths — command decided to take a different type of approach at protecting their soldiers. With song and dance. With a new type of theater show, one that incorporated actual combat soldiers performing song and dance numbers — intertwined with real, somber video recounts of soldier death. It was a merger of a real message and quality entertainment.

Known as the Soldier Safety Show, this military-meets-Broadway program took place during the 70s, 80s and 90s as part of a new approach to get young soldiers to take safety measures seriously.

“We realized we were having more casualties of all off-duty activities, mainly motorcycles, than from thousands of parachute jumps and heavy equipment drops. We just needed to do something about it,” he said in a 2015 interview with NPR’s This American Life.

Steiner added that between suicide and reckless drinking, Fort Bragg was losing 10 soldiers to every one soldier that died in a training-related event.

Briefs were scheduled, but soldiers slept through them, and other measures were taken but saw little results.

Enter the Soldier Safety Show, which not only engaged young soldiers, but dropped the accidental death rate by one-third.

It worked by employing a combination theater and screen projections of “gut-wrenching” testimonials from soldiers who had lost friends due to accidents and careless mistakes. Then it ended with soldiers standing to take a safety pledge. (This also created the opportunity for a standing ovation at the end of every show.) Viewers and performers alike called the juxtaposition of mournful renditions and live musical theater absurd and unexpected, but somehow, effective.

The Soldier Safety Show was mandatory for all stationed at Bragg. To meet this demand, performing soldiers held 3-4 shows a day around the Christmas holiday, when deaths typically peaked.

Those who worked with the program credited most of its success to the director, Lee Yopp. They said Yopp was a unique, boisterous personality with much gusto. Having become a director by accident when working as a football coach and he broke his leg, Yopp found he excelled at directing and took higher, bigger directing jobs. He ended up bankrupting a large theater — and himself — by overspending and creating a flop. However, he was offered the gig to manage the Fort Bragg Playhouse by an old Army buddy.

The running joke was the DoD was the one financial baker who could afford his visions. Yopp incorporated waterfalls, a roller skating rink, parachute rigs, cannons and machine guns (that actually fired); he planted real grass on the stage to bring in horses. And — perhaps his biggest move of all — he brought in explosive experts from Special Forces who helped them rig up loud booms in the stage floor, complete with flash pods.

But Yopp did more than that — he knew how to reach soldiers in a way that mattered. He got big, exciting performances out of his actors … including those who’d never been on stage before. When one of the soldiers’ teenage son got in a car wreck, Yopp took the crew on a field trip and filmed them in the hospital. That was the start of a new act where a young actor talked about driving too fast and losing control, spliced with the real-life footage. They paired it with the song “Tomorrow” from the musical Annie, and it was an instant hit.

Viewers and performers alike say Yopp’s unique way of making the simple overtly complicated helped bring the message together. It got attention and it struck a chord, especially with a young crowd.

Former Fort Bragg soldier Derek Brown, a paratrooper in the 1990s, performed in the Soldier Safety Show after he volunteered with his unit. Brown said he initially thought it was a joke when briefed about an audition for musical theater. (He fell into the category of performers who had never sang or danced before.) It was mandatory for his unit to send a representative, and he was the only volunteer.

Brown called the show a blend of “…the honor and discipline movements with the bravado and panache of Broadway musicals.” And with Yopp’s direction, his encouragement to be big and loud at all times, the show was able to get results.

During Yopp’s tenure as managing director of the Fort Bragg Playhouse from 1974-1993, they earned more than 35 awards, including a 1980 sweep of the U.S. Army Forces Command music and theater competition, with 15 titles, and best music and theater program among worldwide Army installations in 1981.