From Afghanistan to Boston: Why this Army vet is running a marathon for Team USO - We Are The Mighty

From Afghanistan to Boston: Why this Army vet is running a marathon for Team USO 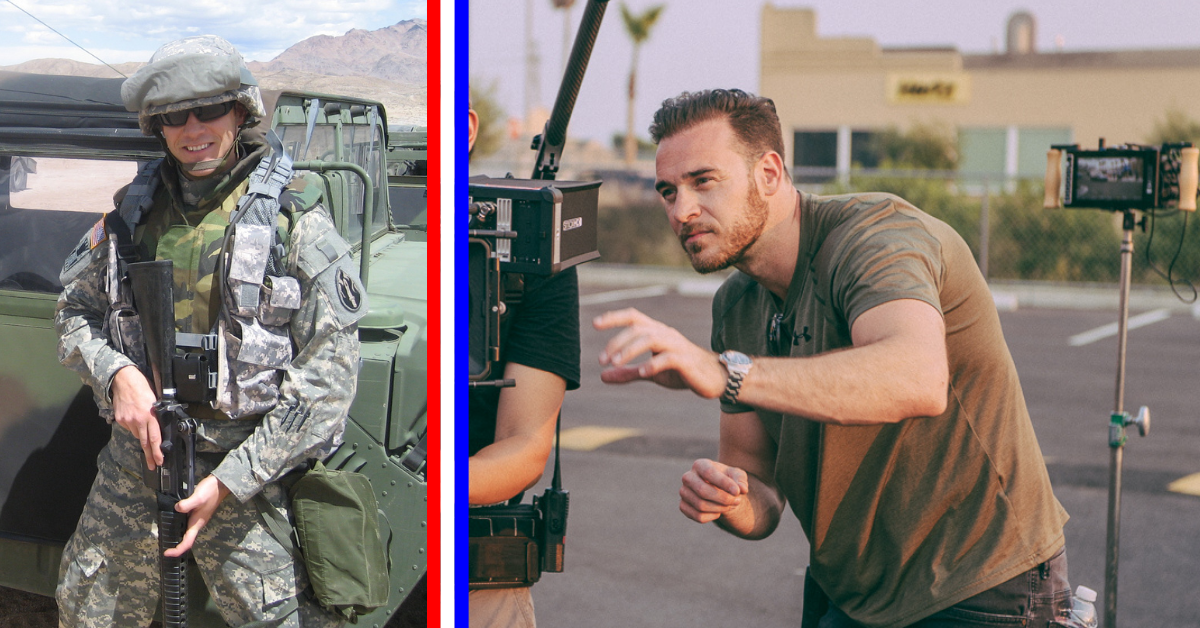 “I own two small companies here in LA and we do everything from commercials, brand new content and I do things with Oprah and the Oprah Winfrey network,” he said. “But I grew up about 30 miles outside of Boston; that’s one of the reasons I’m so excited to do the Boston Marathon. It was always just a fun thing I just always wanted to do but didn’t think I’d get the chance.”

The filmmaker grew up in a large family and everything centered around it. “You either worked in construction or if you were really smart you worked in the medical field. Those were the two ways out if you weren’t getting yourself in trouble,” Curtis smiled.

As a kid, Curtis would borrow camcorders and make movies for fun. He was a filmmaker before he knew what it was. An athlete growing up, he went to college on an athletic scholarship. Curtis decided to major in broadcast journalism, thinking he’d do something with sports.

The Army would change that.

“I was with my dad who was in the National Guard at the time. He was like, ‘Hey, why don’t you take this ASVAB test.’ After the test, they [Army recruiters] were relentless,” he laughed. “I relented after they told me they’d let me fly Apache helicopters. Turns out that was one of the lies recruiters tell to get you.”

He left college for the military and deployed multiple times to places like Africa and Europe. And it wasn’t as a pilot. “It turned my entire world upside down. I ended up spending eight years in the engineering corps of the Army. I was deployed during the invasion of Iraq in 2003 and did close to 18 months on my first deployment,” Curtis said.

It was a hard deployment. But there was a bright spot.

“Back in my first deployment, I remember catching a USO tour. I think the Dallas Cowboy Cheerleaders came out and it was such a big deal. It was one of the things you could cling to. Like, ‘Hey, they [the USO] are going to give us a break’,” Curtis said. “When you travel with the military, to be able to use their facilities is amazing. Since I’ve gotten out I’ve had the opportunity to do some work with the USO. I get to see what they are doing especially with our transitioning troops.”

After separating from the Army, he moved to Las Vegas to pursue filmmaking. Curits said he’d take any job he could find. “I started doing extra work which turned into acting classes and eventually getting booked on some pretty terrible productions,” he said with a laugh.

But the process gave him the opportunity to see what he would do differently. And better.

“I dove full in, learning everything there was about production and film,” he said. Curtis moved to LA to be a writer. “I moved here with $1,600 in my pocket and knew no one. I locked myself in a room and started writing while volunteering to be on any sets I could find through Craigslist. Things started leading to one another.”

When he thinks about the experience he gained in the Army and what he had done by the time he was 25 years old, it’s mind boggling. Especially when he compared it to his civilian peers, he said. It’s another reason the majority of his friend group happens to be combat-veterans.

“We just find each other,” he laughed.

Curtis credits his time in the military with his strong work ethic and unrelenting drive to pursue his goals. Before hanging up his uniform, he was a platoon sergeant and oversaw upwards of 50 soldiers. At times, it was over 200.

“You get a lot of leadership training and abilities plus schools which really helped me transition into the film world. If you are smart and work hard, you can make it here in LA. I got here and kept my head down, kept scratching and clawing. Now it’s paying off,” he added.

When Curtis was approached to be a part of Team USO for the Boston Marathon, he said it felt like a full circle had been made. He loves that he can give back and be a deeper part of the military through the USO again, he added.

But he’s definitely not a runner.

“I’m a gym rat, stay in shape and do all of these things. It’s my mental check out and I do that all of the time. But I haven’t run this much since I was in the military and I separated in 2009,” he laughed.

As for the training leading up to the marathon, Curtis said he’s been enjoying it way more than he thought. “Give me a goal that I know is coming and know I have to do, I’m so in for it. And the fact that I grew up in Boston it’s just like the pinnacle of everything,” he said.

So, what is a veteran soldier turned highly-sought after filmmaker to the likes of Oprah Winfrey looking forward to the most? Easy.

To learn more about the USO Team of runners and to donate, visit: https://www.givengain.com/ap/tessa-robinson-raising-funds-for-united-service-organizations-inc-uso-/