WATCH: FOX Nation's Johnny Joey Jones shares powerful message of hope for all Americans - We Are The Mighty 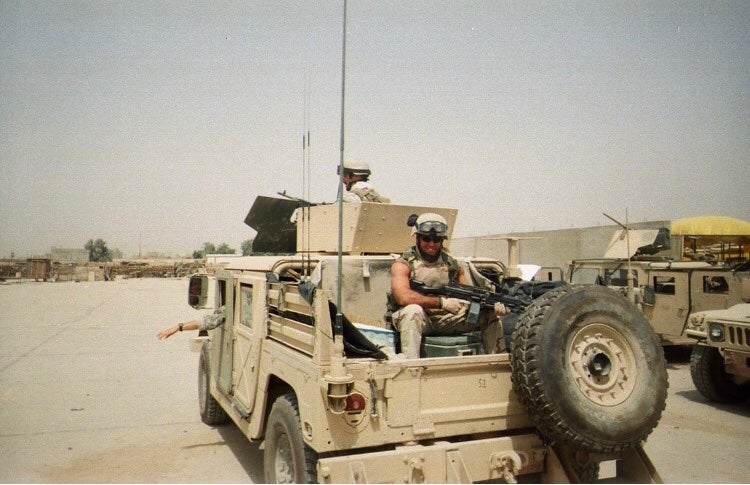 With over 4 million lives lost to the COVID-19 virus worldwide, life as a collective society has been forever altered. The pandemic has brought changes and challenges military veterans know all too well. Several have banded together to create a message of hope, inspiration and encouragement. Their message is simple: we will get through this.

In March of 2020 when the initial quarantine was announced by then-President Trump, Marine veteran and FOX News personality Johnny Joey Jones was ready for it. Why? Minus the IEDs or guns, it mirrored what life was like every time he was sent overseas.

“I noticed that a lot of what people were saying or complaining about was so similar to the experience of going on deployment and I really just wanted to write it down. Then I thought, ‘What if folks heard this from veterans who got through it?'”

Jones wrote an OpEd for FOX News and the response was overwhelmingly positive which led him to come up with the idea of creating a video. This time it would be with multiple veteran voices and stories in a powerful message to the American people.

He approached filmmaker, actor and video editor Alana Phillips with his vision. “When he called me and explained it all I said absolutely! It was so different from what I had worked on in the past,” she shared. “This was real and had true meaning to it…I also thought this is something that can help people.”

Though she doesn’t have direct military ties herself, both of Phillips’ grandfathers served — one in World War II and another in the Korean War. It’s a legacy she’s always treasured and when this project came along, she said it felt like a way to honor them.

The three minute video features 14 veterans sharing their experiences and words of wisdom. Joining Jones and the other veterans is Army National Guardsman Lt. Col. Mark Zinno, who is attached to the 78th Troop Command in Marietta, Georgia.

Zinno joined the Army in 1999 and just two years after he was commissioned, 9/11 changed all of his initial short-term plans.

“I have spent over 22 years in the US Army, both on active duty and the National Guard and deployed multiple times overseas to fight in the war on terror,” he shared. “I originally signed up before 9/11 to help pay for college and never thought I would stay past my original four year obligation. Twenty years later I’m still wearing the uniform.”

When Jones approached him to take part in the video, it was an easy yes, he said. The message was powerful and Zinno said he thought it would bring an important piece missing from the news media narrative: hope.

“We live in some of the most complicated and troublesome times in our nation’s history. We all need to believe that through working together that we can change that trajectory,” he said.

Though much of the country has reemerged and opened, new variants and fear continue to dominate the news media. Vaccination debates and partisan politics continue to foster a deeper divide in an already-fractured society. With the current environment, the message of We Will Get Through This carries an even deeper meaning.

Creating the video during the quarantine involved unique challenges for Phillips. Repeated Zoom meetings and a new appreciation for researching DVIDs became part of her day. “I’m used to editing with a director in the same room so it was a challenge that way but it showed us how we could do it no matter what was going on in the world,” she shared.

Once she and Jones had gotten to their seventh rough cut, they were ready to involve songwriter, producer, composer and multi-instrumentalist Ben Holst. “He worked his magic. I always said in film that background music is a character in itself and he really brought the video to life,” Phillips said.

“The last year should have changed everyone’s perspective on what’s important, a simpler way to live and a more efficient way to do things,” Zinno said. “If you haven’t changed it’s because you made a conscious effort to not progress with the times. The best way you can show people that you want to make things better is by being empathic. We all should have more of that after last year.”

As Zinno reflects on his time in service and the continuing challenges the country continues to face, he remains proud. The biggest lesson the Army taught him is simple: sacrifice and selfless service. It’s a message he hopes will resonate with all Americans.

“Always doing the right thing no matter how hard that is. Live by a set of values that are the deciding factor in how you live and act,” Zinno said. “I’m proud of my service not necessarily because of anything I did, but because of the people who served alongside me and always kept me in check and reminded me of those values that we live and die by.”

It’s those deep-rooted values and inherent strength we see and hear on display within We Will Get Through This. As viewers take in the message from those 13 veterans, its the reminder we all needed. And from Jones’ OpEd written over a year ago are the words our country should soak in:

“As a veteran, my role in this is simple, to show you the way. To let you know it’s possible and to give any and everything I have to offer to help you through it….You’ll know first hand what I’ve known now for so long. Americans don’t just survive tragedies of this kind, we thrive after them.”