WATCH: SNL's hilarious 'New Military Weapon' skit is the holiday joy you need - We Are The Mighty 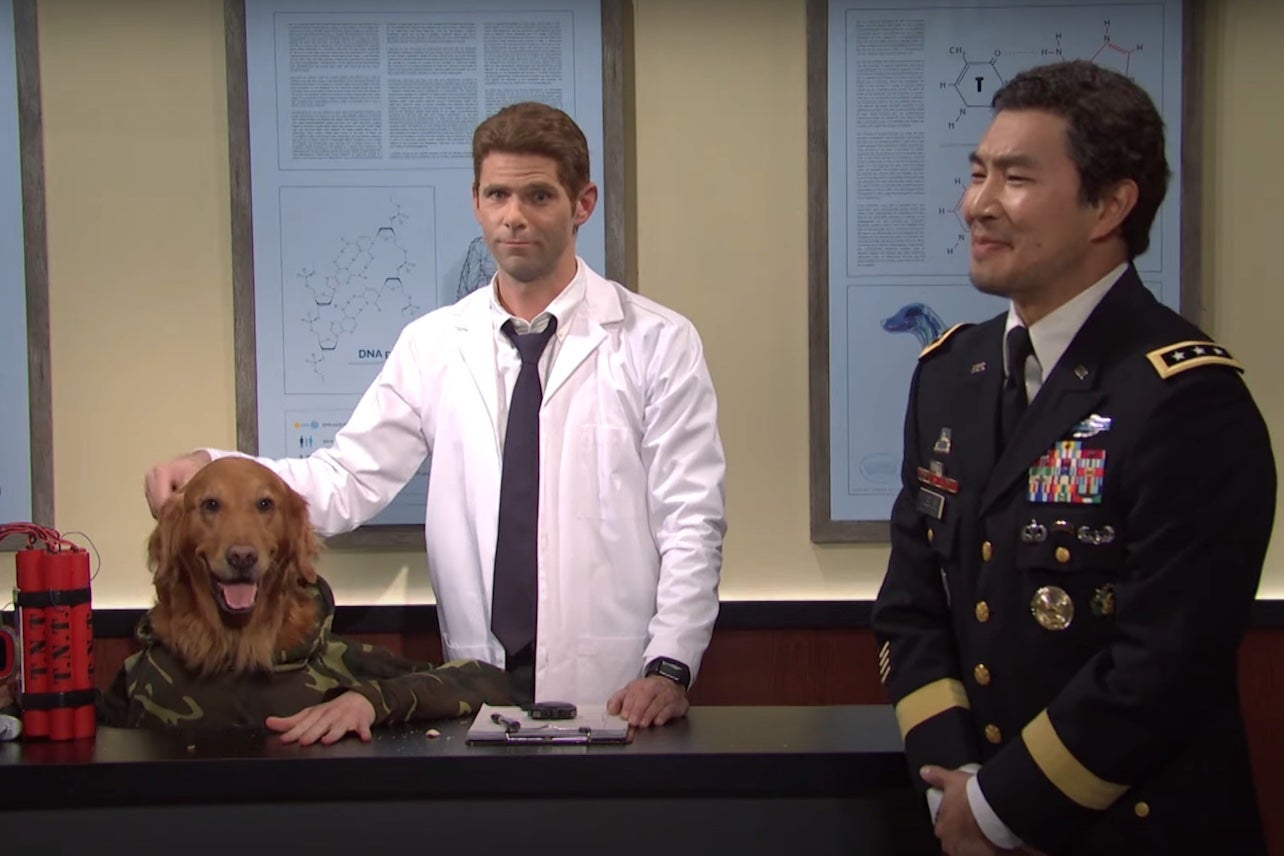 The Pentagon has been called the “Five-Sided Clown College” by those who have navigated its bureaucracy. Combined with Congressional oversight, it has yielded such projects as the money pit that is the F-35, both classes of Littoral Combat Ship, and the infamous Air Force coffee mug scandal. With its latest skit, the cast of Saturday Night Live have encapsulated the madness that so often occurs during Congressionally overseen military projects.

SNL’s “New Military Weapon” premiered on November 21, 2021. The show was hosted by actor and stuntman Simu Liu of Marvel’s Shang-Chi and the Legend of the Ten Rings. Liu was joined by Cecily Strong, James Austin Johnson, Mikey Day and a Red Golden Retriever in the skit. Hilarity ensues as Liu’s character attempts to convince a senator and the Secretary of State of the merits of the Dog Head Man soldier.

Such an abomination as the Dog Head Man is one that would be expected from Dr. Krieger in Archer. Still, Liu’s military character sells the project on the threat of China beating the U.S. in Dog Head Man technology. What makes the skit that much better is the fact that it’s not too far off from how high-level meetings between the military and government officials go.