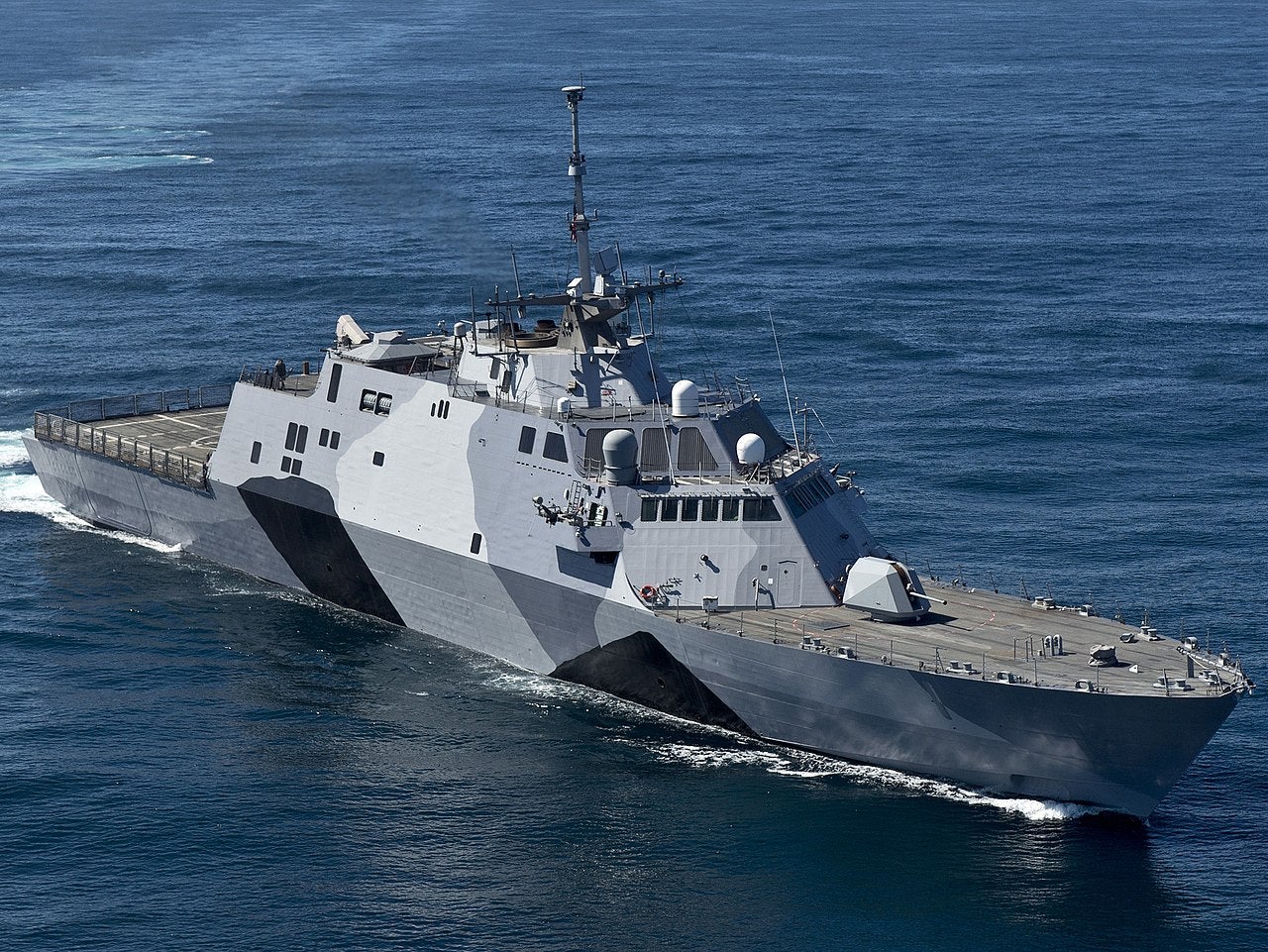 On November 8, 2008, the Navy commissioned USS Freedom (LCS-1). The lead ship in her class, Freedom was designed by Lockheed Martin for shallow water operations like minesweeping, humanitarian relief, anti-submarine warfare, and anti-piracy. However, she was not the only class of Littoral Combat Ship that Congress ordered.

On January 16, 2010, the Navy commissioned USS Independence (LCS-2). With a competing design by General Dynamics, Independence was the lead ship in her own class of LCS. However, after putting them to sea, the Navy found both classes of LCS wanting.

In December 2015, Freedom-class USS Milwaukee (LCS-5) suffered a mechanical failure in the Atlantic and had to be towed back to port. The next month, USS Fort Worth (LCS-3) had a similar breakdown in the Pacific. Other Freedom-class ships suffering propulsion issues, including USS Freedom herself, led to the Navy halting future deliveries in January 2021.

Independence didn’t fair much better. In 2011, it was discovered that she was aggressively disintegrating due to galvanic corrosion. Although the remaining ships in the class received additional anti-corrosion treatments, these issues reflected poorly on both LCS classes.

In February 2020, the Navy announced the planned decommissioning of the first four LCSs. “Those four test ships were instrumental to wringing out the crewing, the maintenance and all the other things we needed to learn from them,” then-Rear Adm. Randy Crites told reporters. “But they’re not configured like the other LCSs in the fleet, and they need significant upgrades. Everything from combat [systems], to structural, you name it. They’re expensive to upgrade.” In short, the limited operational juice of the LCSs wasn’t worth the budgetary squeeze to keep them up-to-date.

On July 29, 2021, Independence was decommissioned at her homeport of Naval Base San Diego. Freedom followed just a few months later on September 29, also in San Diego. The Navy now looks to the Constellation-class FFG(X) guided-missile frigates to replaces both classes of LCS.