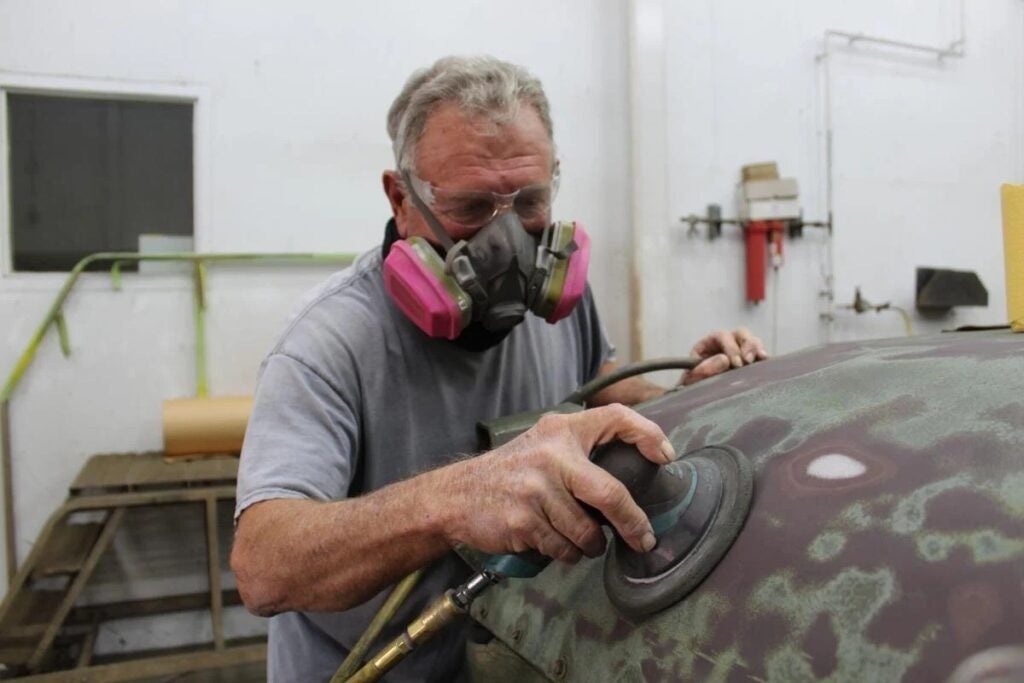 Anyone who has been through a Motorpool Monday can attest to the fact that it takes a lot of time and effort to maintain military vehicles in good working order. The same can be said for preparing these vehicles for display. Before the Army restores vehicles for preservation, they go through an extensive restoration and research process.

Gary Pasley is a senior painter with the 407th Army Field Support Battalion’s Tactical Automotive Section at Fort Hood, Texas. “I was that kid that would put model cars together and paint them,” Pasley told Fort Hood Public Affairs. “I get to do it for real now.” He is one of four experts working on restoring military vehicles for display at the National Mounted Warrior Museum which is replacing the 1st Cavalry Division Museum. Currently under construction, the new museum will be located near the post’s main gate and is scheduled for a soft opening in 2022.

In order to preserve vehicles and prepare them for display, the TAS puts in a lot of hard work. Once vehicles are received, TAS strips them down to the bare metal before applying fresh coats of paints. However, additional work is often necessary to bring them to presentation level. “It’s old equipment, so sometimes we have to do some welding, some fabricating, trying to make them look as original as we can,” Rex Wheeler, supervisor for the TAS, explained to Fort Hood Public Affairs. “The worst part is cleaning them up because they’re usually pretty rusted or the paint is chipping off. It’s a pretty daunting task.”

Each vehicle takes approximately 300 hours to restore. This can take even longer if interior restoration is involved. Moreover, TAS conducts extensive historical research to ensure that the vehicles are accurately restored and preserved. “We try to make sure the details are right, especially for the museum pieces. Getting the period correct, especially with the lettering, the stenciling, the paint job and the colors is time consuming. We do a lot of research,” Wheeler said. “The paint schemes are determined based on the period they served in. You might have four M1s, but they’ve served in different areas and times, so that depends on how they’re painted.”

One example of this attention to historic detail is a Caiman Plus MRAP that was recently restored by TAS. The MRAP was assigned to Company C, 3rd Brigade Special Troops Battalion, 3rd Brigade Combat Team, 1st Cavalry Division. Before leaving Iraq at the Khabari Crossing on Dec. 18, 2011, the unit hand-painted “LAST VEHICLE OUT OF IRAQ” on its side. After sanding the MRAP down for restoration, TAS took extensive measures to ensure that it was repainted exactly as it did when it left Iraq nearly a decade earlier; hand-written lettering and all. The historic vehicle is expected to be showcased in the National Mounted Warrior Museum when it opens.

Preserving the Army’s history requires top professionals and the experts at TAS are up to the task. “It’s about attention to detail,” Wheeler said. “I definitely have a good team. These guys do a fabulous job.”