WATCH: The official trailer for Korean War film 'Devotion' will give you goosebumps - We Are The Mighty

WATCH: The official trailer for Korean War film ‘Devotion’ will give you goosebumps 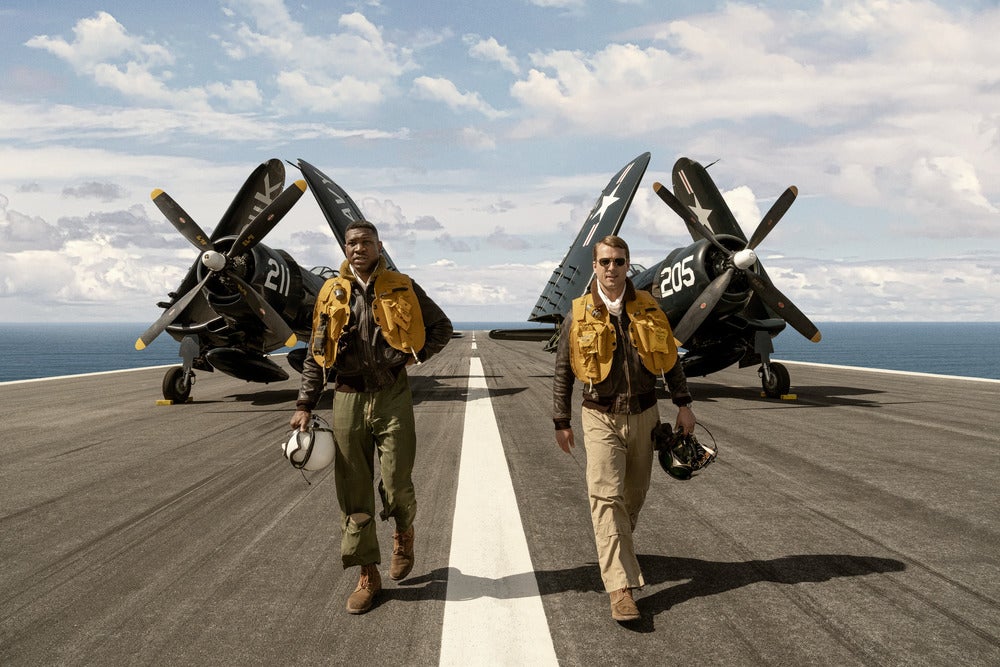 2022 looks to be a good year for military aviation films and actor Glen Powell. The summer blockbuster Top Gun: Maverick smashed the box office and propelled Powell to a new level of stardom. Although his second film release of the year also has a military aviation theme, it differs quite notably from the Top Gun sequel. Devotion is based on a true story of sacrifice and loyalty during the Korean War.

The film follows the story of Ensign Jesse L. Brown, the first African American to complete the Navy’s basic flight training program. Born into poverty, Brown overcame racism and segregation in Mississippi to become his high school’s salutatorian. He earned a degree from Ohio State University and participated in the school’s Navy ROTC program with the goal of becoming an aviator.

In 1947, Brown completed basic flight training at Naval Air Station Pensacola and went on to train on carrier-based fighter aircraft. On October 21, 1948, he earned his wings of gold and was designated a Naval Aviator. His historic accomplishment was widely publicized and became national news. Brown commissioned as an ensign on April 26, 1949. The next year, he went to war.

Brown was assigned to Fighter Squadron VF-32 aboard the USS Leyte (CV-32) flying the F4U Corsair. The ship was stationed in the Mediterranean, but ordered to Korea on August 8, 1950. Two months later, Leyte joined Task Force 77 off the Korean Peninsula’s northeastern coast. Brown flew 20 missions in Korea with his wingman, Thomas J. Hudner, Jr.

Hudner had a very different upbringing from Brown. Born in Massachusetts, he attended the prestigious Phillips Academy before receiving an appointment to the United States Naval Academy. He commissioned in 1946 as a Surface Warfare Officer, but later became interested in aviation and attended flight school. He qualified as a Naval Aviator in 1949 and was assigned to VF-32 with Brown where the two men became friends. On December 4, 1950, both men demonstrated incredible bravery and devotion to their country, their fellow service members, and each other. Details of the true story won’t be disclosed in this article for those who wish to see the film without knowing.

Devotion is based on the book Devotion: An Epic Story of Heroism, Friendship, and Sacrifice by Adam Makos and stars Powell as Hudner and Jonathan Majors as Brown. Other notable cast members include Christina Jackson, Joe Jonas, Thomas Sadoski, and Serinda Swan. Filming took place in Savannah and Statesboro, Georgia; Charleston, South Carolina; and Wenatchee, Washington and was directed by J.D. Dillard. Production featured real historic aircraft including several F4U Corsairs, an AD Skyraider, an F8F Bearcat, a MiG-15, and a rare HO5S-1 helicopter. Devotion‘s world premiere is scheduled for the Toronto International Film Festival in September 2022. It will be released in theaters on November 23, 2022.