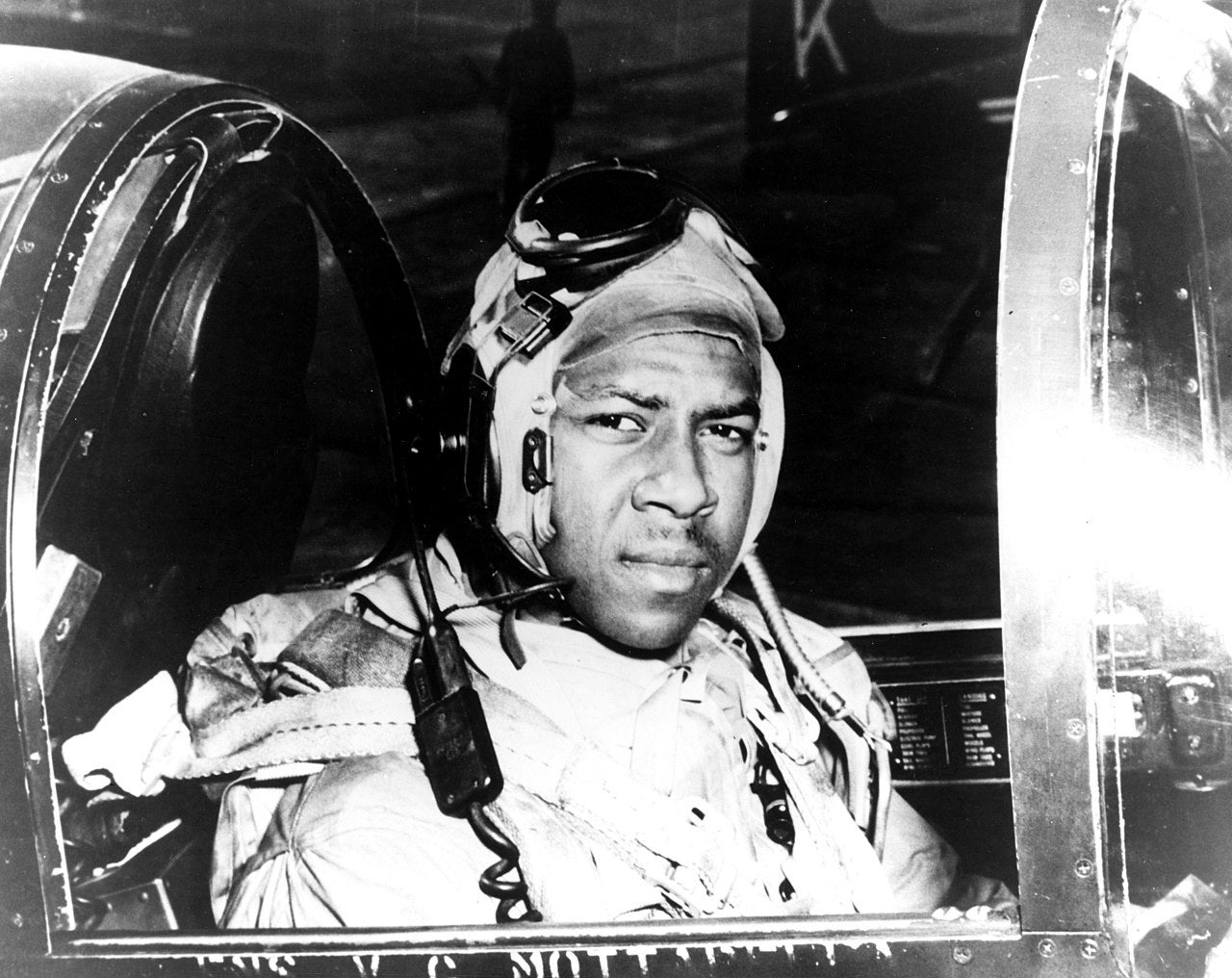 Hollywood has been abuzz since it was announced that Joe Jonas will be making his big-screen debut in the upcoming Korean War movie, Devotion. Jonas follows his younger brother’s appearance in 2019’s Midway. Other cast members include Glen Powell (also appearing in Top Gun: Maverick), Jonathan Majors and Christina Jackson, who will be playing lead roles in the movie. Devotion tells the story of two naval aviators from very different worlds who were brought together by friendship and tragedy.

Ens. Jesse Brown, expected to be portrayed by Majors, was born into an African-American sharecropping family in Depression-era Mississippi. Working in the fields, he developed a love of flight after seeing local pilots fly overhead. Working toward his goal of flying, Brown graduated salutatorian of his high school and enrolled at Ohio State University. Despite working two jobs to pay for school, he maintained top grades in his classes. During his second year, he enlisted in the Navy Reserves and became a midshipman in the school’s NROTC program to participate in the V-5 Aviation Cadet Training Program.

In March 1947, Brown began his Naval Flight Officer training. He also married his girlfriend, Daisy Nix, in secret. Naval cadets were prohibited from marrying during training under threat of immediate dismissal. Despite this and racism from at least one instructor and several classmates, Brown completed his flight training in August 1947. He then trained to fly carrier-based aircraft and became the first African-American naval aviator to earn the coveted wings of gold in October 1948. After breaking this color barrier, he was assigned to Fighter Squadron 32 (VF-32) flying the Vought F4U Corsair. By the time the Korean War broke out, Brown established a reputation in the squadron as a capable pilot and section leader.

In contrast to Brown’s upbringing, Thomas Hudner Jr., expected to be portrayed by Powell, had a privileged youth. The son of a grocery chain store owner, Hudner attended the prestigious Phillips Academy in Andover, Massachusetts. Inspired to join the military after the attack on Pearl Harbor, he entered the Naval Academy in 1943 and graduated in 1946. He attended Annapolis with future Admirals Marvin Becker, James Stockdale and Stansfield Turner, along with future President Jimmy Carter.

Although he initially served as a surface officer, Hudner was drawn by the challenge of aviation. After completing basic and advanced flight training, he earned his own wings of gold in August 1949. After a brief posting in Lebanon, he was also assigned to VF-32. It was there that he met and befriended Brown.

By the Korean War, the WWII-era Corsair was quickly becoming antiquated as a fighter. The new breed of jet fighters were faster and more lethal. However, piston planes the Corsair could deliver heavy ordnance in close air support roles better than their jet counterparts. Brown and Hudner flew these missions with the other members of VF-32 in Korea. Following the Chinese intervention in November 1950, VF-32 flew daily missions to support the encircled Marines at the Chosin Reservoir.

The fuel line of Brown’s Corsair was ruptured by unseen ground fire. Fuel pressure dropping, Brown started to lose control of his aircraft. He dropped his external fuel tanks and rockets in preparation for a crash landing. Despite landing in the snow, the Corsair broke up so violently upon impact that the rest of the flight thought Brown to be dead. His leg pinned under the fuselage, Brown waved to his fellow aviators for help.

15 miles behind enemy lines in 15°F weather on the side of a mountain, Brown’s chances of survival were slim. Iroquois Flight put out a mayday call as the patrolled the area for any threats to their downed comrade. However, the crashed Corsair started to smoke from a fire near its internal fuel tanks. Seeing his wingman in trouble, Hudner intentionally crash-landed his own Corsair near Brown’s crashsite to rescue his trapped friend. He attempted to douse the flames with snow and tried in vain to pull Brown from the wreck. At around 1500hrs, rescue helicopter pilot Lt. Charles Ward arrived and joined Hudner’s efforts to free Brown. Despite the use of a fire extinguisher and an axe, the Corsair continued to burn as Brown remained trapped inside.

Fading in an out of consciousness, Brown, suggested that the two men amputate his pinned leg. Before the suggestion could be acted on, Brown fell completely unconscious. His last known words were to Hudner. “Tell Daisy I love her,” Brown said. Unable to fly in the dark, Ward was forced to fly his helicopter back to base before nightfall with Hudner, leaving Brown behind. He is believed to have died of exposure and his injuries shortly thereafter.

Despite Hudner’s pleas, the Navy prohibited further efforts to recover Brown’s body for fear of enemy ambushes. To prevent Brown’s body from falling into enemy hands, the crash site was bombed with napalm. The pilots forced to carry out the mission reportedly recited the Lord’s prayer as they watched their fellow aviator be consumed by the flames. Ens. Jesse Brown was the first African-American naval aviator killed in action.

Brown was posthumously awarded the Distinguished Flying Cross, the Air Medal and the Purple Heart. For his efforts to save his wingman, Hudner was awarded the Medal of Honor. Both men have had naval vessels named for them. A book and painting, both titled Devotion, capture the bravery and loyalty displayed that 4th of December. The upcoming movie retains this title and will finally bring the incredible story to the big screen. Devotion is currently in pre-production with no release date.