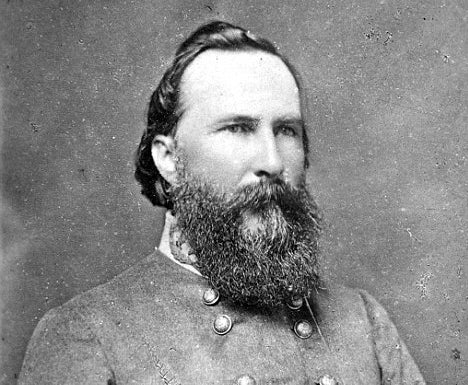 General James Longstreet was one of the Confederate army’s most trusted and capable officers. After the Battle of Gettysburg and long after the end of the Civil War, Longstreet takes much of the blame for the southern loss at the battle – and sometimes for the loss of Civil War itself.

For many people who blame Longstreet for the loss (or show outright disdain for the man), it all goes back to the 1863 Battle of Gettysburg — specifically, Pickett’s Charge. It was an attack Longstreet didn’t order or want, but he still takes the blame for its failure.

When Gen. Robert E. Lee gave the order, Longstreet openly voiced his disagreement with it. He relayed the order to Pickett anyway, but was very unhappy to do so. Longstreet didn’t think the Confederate army should have been so far north at all. He takes a lot of blame for the failure at Gettysburg overall, because it’s said he delayed his actions during the battle.

Whether it was a good idea or not, the last day of the Battle of Gettysburg saw 12,500 Confederate soldiers charged an entrenched and fortified Union position protecting Cemetery Hill. The hill commanded a network of roads essential to command of the battlefield. The Union commanders predicted the attack and the chargers took at least 50% casualties.

No matter what the armchair historians may say, Lee is actually responsible for the failed attack, and he knew it right away. He was so personally devastated by the losses incurred in Pickett’s Charge that he offered his resignation to Confederate President Jefferson Davis (who turned it down).

Longstreet takes a lot of the blame for Pickett’s Charge (and the defeat at Gettysburg) because he, for the most part, didn’t think the Confederate Army should have been there after the first day of fighting.

It’s said that Longstreet dithered and delayed so much and so often throughout the battle that it was almost considered intentional sabotage. When it came to Pickett’s Charge, he openly disagreed with Lee, which earned him a transfer West after the Confederate retreat from Pennsylvania.

Gen. Longstreet believed that it was more important to defeat Ulysses S. Grant in Tennessee and less important to invade the North. He felt so strongly that the disagreement went all the way up to Jefferson Davis. Lee argued that moving troops to the West would force his army to stay closer to Richmond. Davis sided with Lee, so the perception was that Longstreet’s disagreement and delays during the battle were mostly sour grapes.

And since the battle – and Pickett’s Charge – was so pivotal to the Confederacy’s survival, the idea that Longstreet didn’t do his best is why he takes much of the blame.

Longstreet also takes a lot of blame in the eyes of Southern historians, especially propagators of the “Lost Cause” mythology, because of his postwar activities. Longstreet actively sought to rejoin the Union and earn a pardon. He eventually ended up working in a presidential administration – under President Ulysses S. Grant.

As for who is actually responsible for the failure of Pickett’s Charge, when asked after the war, Confederate Maj. Gen. George Pickett went on the record as saying, “I’ve always thought the Yankees had something to do with it.”