What led to Pickett’s Charge and the end of the Confederacy? 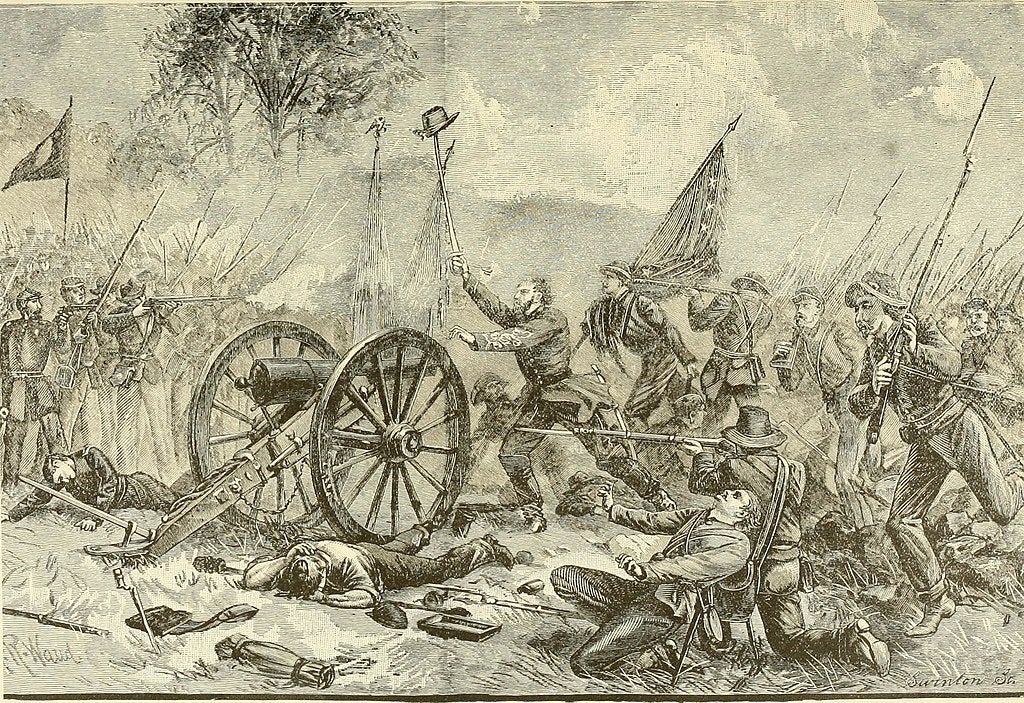 An engraving of Pickett's charge at Gettysburg by Alfred Swinton after Alfred Waud.

The Battle of Gettysburg, while it started off well for Gen. Robert E. Lee and the Confederate Army, ended as an unmitigated disaster. The Army of Northern Virginia was sent packing back to the South and was never again able to threaten the North. Coupled with the capture of Vicksburg in Mississippi around the same time, it spelled the beginning of the end of the Civil War. The battle culminated in a desperate Confederate infantry attack on the third day of the battle, a move now known to history as Pickett’s Charge. For decades, authors, historians, and Civil War history buffs have debated the wisdom, strategy, and even the need to launch such an attack. The fact that it failed turned the entire battle against the Confederates, inflicting losses they couldn’t afford. Looking at three important factors, the charge was almost a battlefield necessity. Lee and the Confederate Army were in a desperate situation, and needed a dramatic battlefield victory to turn the must-win battle in their favor.

The Confederacy was at the height of its power as the Army of Northern Virginia marched into Pennsylvania. Taking the initiative into the North disrupted Union plans of attack and gave the Confederacy a rest from constant warfare. Lee needed to destroy the Army of the Potomac and Gettysburg was the best opportunity to do it.

Lee was deep in enemy territory and his supply lines back to Virginia were already stretched thin, considering the army’s main means of transport was by wagon train. Lee had to win and he had to do it quickly, there wasn’t time to stand and wait for the Union Army to make its own mistakes. He fought a three-day battle that had turned against him on the third day. Despite the fact that the Union defenders were dug in on Cemetery Ridge, he had to do something.

2. He was hampered by his own logistics.

Although the destruction of the Union Army was his primary motivation, his secondary objective was to get much-needed supplies to Confederate forces elsewhere. In Virginia, he could use railroads. In Pennsylvania he used wagon trains, which were time consuming and slow.

Lee was also slowed down by the considerable wagon train moving supplies back and forth from Virginia, which affected his decisions.The large wagon train mitigated the risk of running out of supplies, but it made it more difficult to maneuver because the trains had to be protected. To do this, he used his cavalry for protection instead of reconnaissance, which gave him less information to work with during the battle.

3. Foraging for food changed his strategy

Logistics were one of the reasons Lee chose to stay and fight at Gettysburg at all. Since foraging was more plentiful in Pennsylvania than in Virginia, the Confederate Army would end up reducing the number of wagon trains it used. So when Lee ordered more long-range artillery ammunition, it didn’t arrive and wasn’t available for offensive maneuvers at Gettysburg.

Lee’s dependence on foraging meant that he could not stay in one place for too long, so fighting a long, defensive battle in one place meant the army would use up its available food supplies quickly. He had to keep moving.

The Confederates won at Gettysburg on the first day, and many on Lee’s staff believed the Confederate force should have disengaged after the fighting ended, but Lee’s logistical situation made disengagement impossible in Lee’s eyes. Confederate wagon trains were spread from Gettysburg to Maryland at the time. There was no way to maneuver an Army of that size.

He was also unable to move it east without opening his flank to the entire Army of the Potomac. Lee could not maneuver, disengage, or take a defensive posture. He was also fighting a relatively even battle on Culp’s Hill and elsewhere, Cemetery Hill and its network of roads would have given Lee more options for his beleaguered forces.

Since Lee didn’t have the full picture of the Union Army, it makes a massive infantry charge against the most necessary objective a viable option, if not a foregone conclusion.