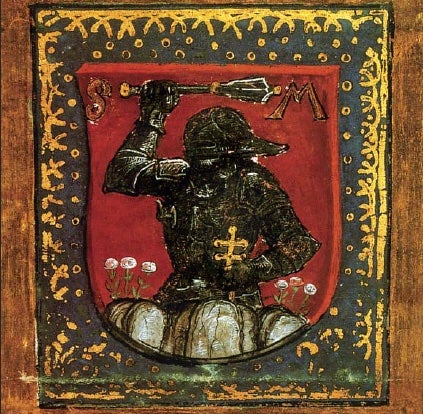 There are a few things the United States military does to maintain its global supremacy. First and foremost, it maintains a standing, professional force where every soldier, sailor, airman and Marine has a function that keeps the force moving – and is paid well to do it.

It also constantly innovates, keeping abreast of the latest developments in military technology from almost every point of view. Once equipped with the latest and greatest tech, the United States places able commanders among those troops and trains them on how to operate.

The Black Army of Hungary operated on the same principles more than 300 years before the United States won its independence from Great Britain.

King Matthias Corvinus of Hungary reigned supreme in Eastern Europe and the Balkans in the mid-1400s and the Black Army is one of the reasons why. A visionary leader, Matthias recognized the importance of securing his national borders, returning order and making the locals realize who’s boss.

He managed to kick Czech mercenaries out of Hungary, fight the Holy Roman Emperor to a draw, and would have kicked the Ottoman Turks out of Europe except he saw Christian Europe do nothing to help him – so he let them stay.

Matthias’ Black Army was the secret to his success. They were well-paid mercenaries whose sole job was training for, fighting and winning battles for the Hungarian king. They were making some four to five times more money than the average peasant paid in taxes and were equipped with gunpowder weapons long before they were adopted by other armies.

When Matthias rose to power, Hungary was using the same means of raising troops as every other principality in Europe, which was drafting peasants from noble lands. At best, the King could force every nobleman and his personal guard to field their full army, but could only do it for 15 days at a time and could not leave Hungary.

Eventually, Matthias told the wealthy kingdom of Venice that he would wage a holy war against the Ottomans if they would cover the costs. They agreed and the mercenaries he purchased formed the core of the Black Army.

Matthias reformed the Hungarian tax code and currency policies to increase his income and make it easier to levy more taxes to fund his professional army. When the lords revolted against the higher taxes, the Black Army just kicked the crap out of them, and they were uniquely positioned to do that.

Unlike many other armies, the Black Army promoted its troops based on merit and their military experience translated to increased real-world training. They would effectively use this experience and training to succeed where so many other amies had failed, capturing Vienna from the Holy Roman Empire, the only time the city would fall until the Second World War almost 500 years later.

The audacity of a well-paid, well-equipped, and well-trained standing army with good leadership. Who would have thought?

The Black Army made no distinction about nationality. At its height, its ranks were filled with 28,000 troops, coming from across Europe to fight for cold, hard florins. Czechs, Germans, Serbs, and Poles joined Hungarians in defending and securing Matthias’ reign and Hungary’s borders. Taxes were high, but peace and stability reigned with Matthias.

The only other army in Europe not made up of peasants carrying sticks was the French Army of Louis XI, and even it was no match for the Black Army and its storied leadership. Unfortunately, the leadership was the life and death of the Black Army. When Matthias died in 1490, his successor allowed for tax reforms that forced the army to disband.

Hungary’s defenses, its army, and borders eventually fell into disrepair. The Kingdom of Hungary’s golden age was over. In 1526, the Ottomans completely destroyed the Hungarian Army.