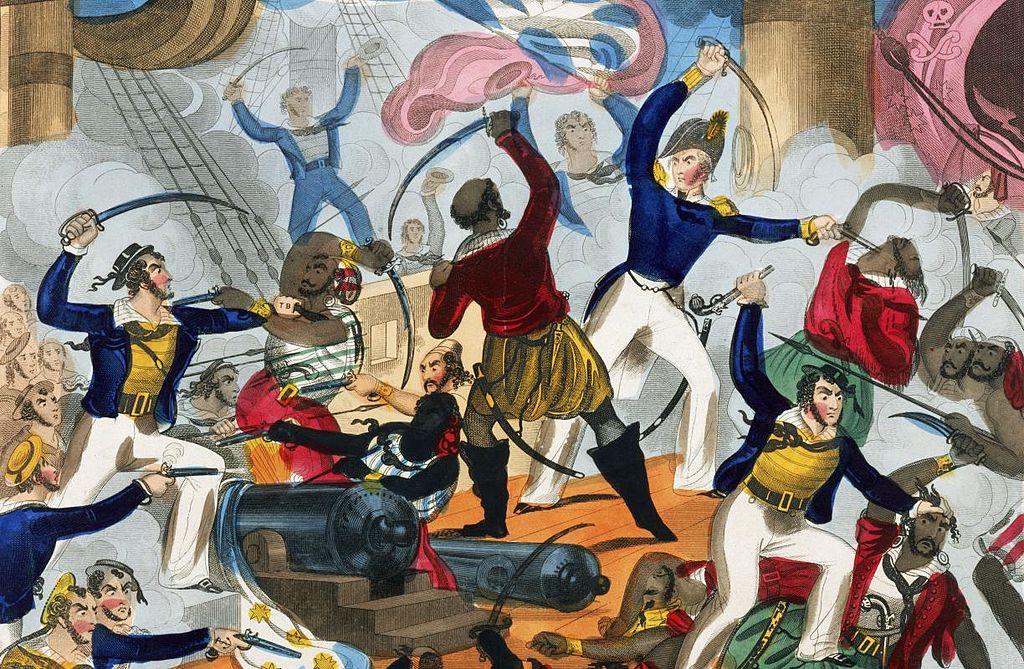 In the early 1800s, Greece was fighting the same struggle for freedom as John Jakob Williams. Greece was then dominated by the Ottoman Empire and Greeks were being sold into slavery by the hundreds and thousands for years.

Back in the United States, slavery was still an epidemic. The abolition movement was in its infancy, but the experience of fighting the Barbary Pirates of North Africa would shine a new light on slavery, the practices of North African Ottoman states, and their practices. It would be the beginning of a new birth of freedom for the world and John Jakob Williams was going to be on the front line.

Williams was born in Baltimore, Maryland, but when he was born and whether he was born into freedom or slavery remains a mystery. What is known about his life starts when he was serving aboard the USS Guerriere under the command of U.S. Navy legend Stephen Decatur during the Second Barbary War.

The first war between the U.S. and the North African states ended in a truce, but after the U.S. went to war with Britain in the War of 1812, the pirates began capturing American ships and seizing their sailors as slaves. In 1815, the U.S. was ready to end the Barbary threat, once more and for all. On May 20, Decatur set sail for Africa with a squadron of ships that included nine others with the Guerriere as its flagship.

After capturing ships controlled by the Dey of Algiers, Decatur forced the Dey to sign a treaty, end aggression against American ships and pay for the damages done. Decatur also noticed the ferocity and bravery of Williams, who was an enlisted Marine aboard his ship. When Williams’ enlistment was over, Decatur suggested to the young man that he go to Greece, where his skills were needed and the enslavement of Africans had already ended.

Slavery in the Ottoman Empire was a significant part of the country’s culture and economic system, and lasted well into the 20th Century. Areas that had been conquered by the Ottoman Turks were especially hard hit by the scourge of slave traders. After an armed conflict, the price of slaves decreased due to the influx of supply. Williams was ready to put an end to it in Greece.

In 1821, Greece declared its independence from the Ottoman Empire and was prepared to fight a bloody civil war for it. Popular opinion against the Ottomans led many in Europe and America to help the Greek cause. Britain provided support of the Greeks and after Adm. Thomas Cochrane arrived in Greece for the British, John Jakob Williams became his assistant.

Adm. Cochrane was actually paid by the Greeks to command their naval forces. Cochrane used the new  technology of steamships and red hotshot as an effective weapon against the Ottoman Navy, still using wooden ships and sails. Cochrane wasn’t present for the almost nine-year war, but Williams would stay long after he left, fighting by both land and sea, bringing the training of the Marine Corps to bear for Greek Independence.

Williams not only brought his skill in combat to the Greeks, he also opened up a world of opportunities the rebels might not have had. Being a Black man, he was able to infiltrate the enemy army and bring back valuable intelligence about troop movements, numbers and the weapons they would bring.

At the 1827 Battle of Nafpaktos, Williams was leading a Greek force against Ottoman ships. His unit took control of an unmanned ship named Sotir. His swift action meant the Ottomans could not capture the ship and it drew fire that might otherwise have hit one of his Allies ships. During this action he was injured by cannon fire in both an arm and a leg. After the fighting, he was sent to a military hospital to recuperate.

Although his war was over, John Jakob Williams lived long enough to seea free Greece in 1829. He died later that year, having sacrificed his life in service to the Greek people and the principles of freedom.