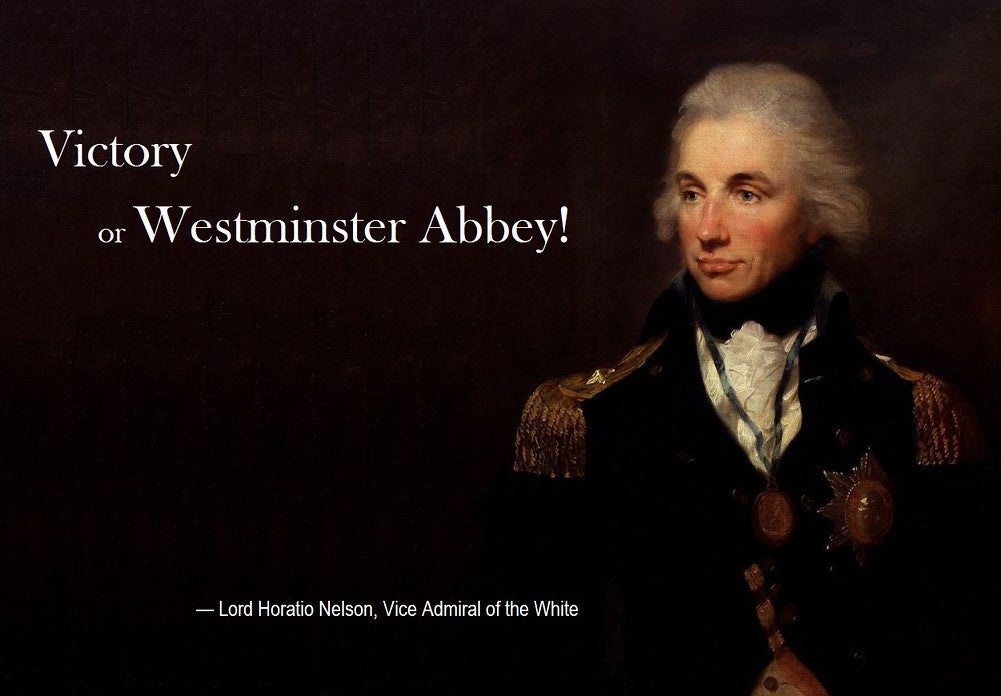 It has to be a little difficult to be a living legend in the Royal Navy while at the same time being subordinate to someone who is known as a “capable administrator,” but still outranks you. This is the situation British Vice Admiral Horatio Nelson found himself in at the 1801 Battle of Copenhagen.

At Copenhagen, the British fleet was under the command of Admiral Sir Hyde Parker. During the Battle, the Admiral ordered the brilliant seaman Nelson to do something that was counter to Nelson’s instincts, so Nelson instead used his physical advantage to follow those instincts.

The British Fleet was in Copenhagen to enforce its blockade of Revolutionary France. Denmark was not allied with France, but instead bound to Tsarist Russia and other Nordic countries to assert their neutrality, to continue trading with whomever they pleased despite the British embargo. They were willing to fight to maintain the freedom of the seas, and their trade obligations.

Nelson, by this time, was already a legend in the minds of the British people and Royal Navy seamen. His victory against the French at the Battle of the Nile propelled him to near-celebrity status. All the more amazing a feat, since Nelson only had one eye – he lost sight in his right eye at the 1794 Battle of Calvi in Corsica.

Parker was a high ranking naval officer who had commanded ships since 1762, received a knighthood for his service, and had served in the American Revolutionary War and in engagements in the Pacific and the Caribbean. At the Battle of Copenhagen, Parker was the overall commander of the Baltic Sea Fleet.

At Copenhagen, Parker saw little action because he was left in command of ships who were too heavy to traverse the channels into the harbor, which is why he passed off command of a detachment to Nelson.

The fight didn’t start well for the British ships. Three ships of the line immediately ran aground in the shallows of the harbor. Then, the shore based gun batteries unleashed a heavier barrage than British planners had anticipated. Watching from the rest of the British fleet, Parker signalled Nelson to withdraw the assault and leave the harbor.

When informed of the command signal, Nelson told his signal lieutenant that his job was to watch the Danish fleet for their surrender signal, not to watch the British ships. Then he told his flag captain, “You know, I have only one eye. I have a right to be blind sometimes.”

Nelson then put his telescope up to his right eye and told his men, he didn’t see Parker’s signal to withdraw. After three hours of implementing his plan, both the British and the Danes were bloodied and beaten, but it was the Danish who signaled an end to the fighting first.

Though he disobeyed Parker’s orders, Parker didn’t seek any redress for Nelson’s actions. The next day, Nelson was allowed to lead the negotiations for Denmark’s capitulation to the British and later given a Baron’s title. Parker was recalled to London and Nelson was made commander of the Baltic Fleet.