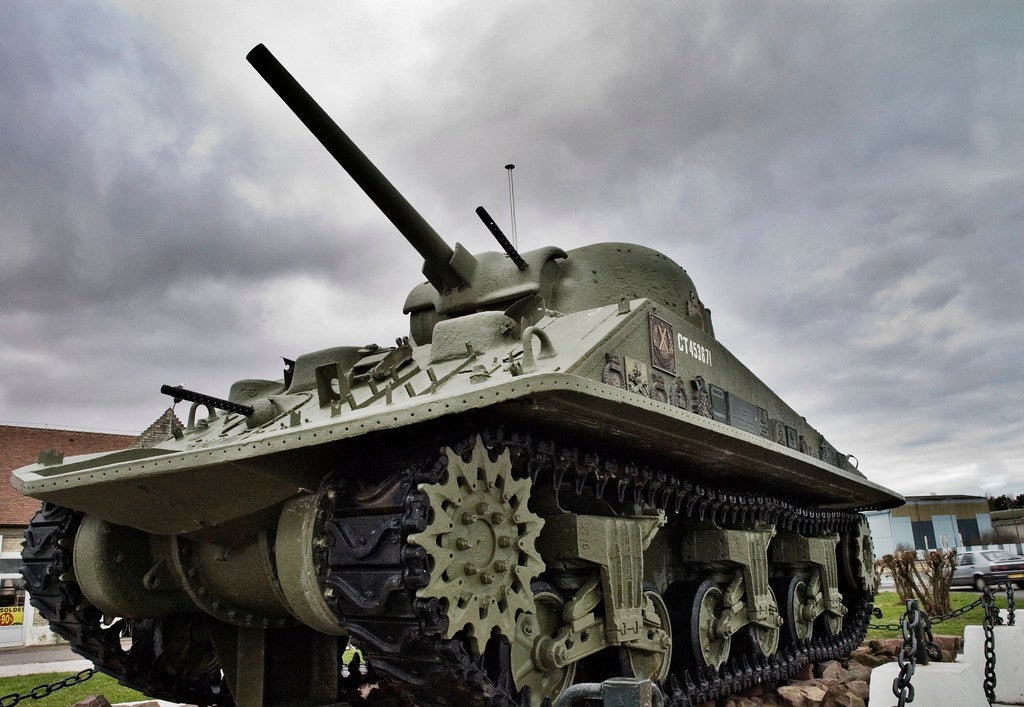 The Allied invasion of Normandy was a challenge on a grand scale. Every single aspect of the plan drew new challenges for commanders. Luckily, the greatest military minds of the day were leading the Allied forces. They came up with some ingenious solutions. For example, in the absence of securing a usable harbor, they created the Mulberry, a harbor that could be shipped and built on site to keep the flow of supplies going.

To confuse the Germans as to where the D-Day attacks would come, Operation Fortitude created an entire fake army aimed at the Pas-de-Calais. The soldiers on the invasion beaches still faced the many natural and man-made obstacles that would hinder their ability to effectively storm the beaches. One man was tasked to create overcome these obstacles and protect the assault forces.

Major General Percy Hobart, an unconventional yet very successful armored and engineering officer, created specialized vehicles designed to help amphibious forces overcome the natural and man-made obstacles common during a landing. These vehicles helped the British and Canadians during their assaults on Gold, Juneau, and Sword beaches. Collectively these vehicles were known as “Hobart’s Funnies.”

The most well-known of Hobart’s Funnies was the Duplex Drive Sherman Tank — or Sherman DD. This tank had a large canvas floatation screen that was erected to make the tank seaworthy and included a secondary drive mechanism that powered a propeller to drive the tank through the water. The idea was to launch these tanks a few miles from shore and have them come ashore with the infantry without the need to bring a large landing craft too close to shore. Their use on D-Day saw mixed results.

The Crocodile was a British Churchill tank that replaced the hull mounted machine gun with a flamethrower. An armored trailer behind the Croc carried fuel for the weapon. This weapon was adept at clearing German fortifications and later inspired American versions used in the Pacific.

The Crab was a Sherman tank fitted with a cylindrical flail with weighted chains. When activated, the flail cleared a tank-width path by detonating any mines in its way with the weighted chains. This tank was an improvement over previous versions as the Sherman’s engine drove the flail, rather than needing to fit a separate engine on the tank. It was also equipped with numerous ways to mark the cleared path for the following infantry or tanks.

The AVRE were a family of engineering vehicles designed for specific tasks. All AVRE were Churchill tanks with the main gun removed and replaced with a Petard mortar that could fire 40-pound shells against German fortifications. The British then attached various equipment for specific tasks. One tool was a Bobbin, a canvas sheet that was rolled down in front of and then under the tank to provide a path to keep it, and following tanks, from sinking into the soft ground of a beach. There were also attachments for dealing with gaps such as a fascine, a bundle of wooden poles that could be dropped into a ditch for the tank to drive over, or a small box girder bridge that could clear 30-foot gaps. For breaching, there was an attachment the British called the Double Onion, two explosives on a metal frame that could be pressed against a bunker or fortification to breach it.

The ARK was a Churchill tank with the turret removed and folding ramps installed in both front and back. The tank could drive up to an obstacle, extend a ramp, and have other vehicles drive up it and over the obstacle. It could also drive into a gap and act as a bridge if necessary.

All of the vehicles Hobart created were assigned to the 79th Armoured Division under his command. All these designs were offered to the Americans as well, but since they did not have a specialized unit to operate the vehicles, they turned them down with the exception of the Sherman DD tanks. The 79th did not fight as a unit on D-Day but was instead assigned to support different elements making the assault. After the success of Hobart’s Funnies on D-Day, the 79th remained in action and used its special vehicles many times throughout the remainder of the war.