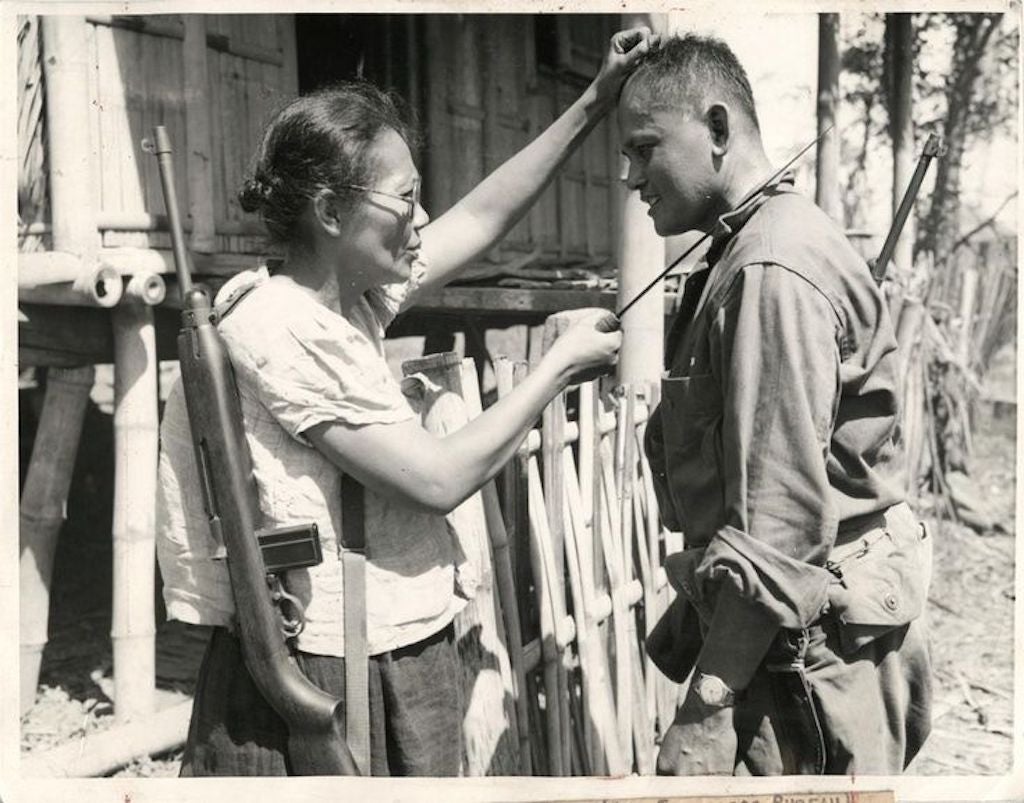 The Pacific Theater of World War II saw some of the most brutal fighting in any war of any time in human history. Nowhere was that more apparent in the Philippines, where American and Filipino forces fought each other mercilessly throughout the initial Japanese invasion, where the Japanese forced American prisoners on the infamous “Bataan Death March,” and Filipino  fighters continued an insurgency throughout the war.

It was during this years-long insurgency that the people of the Philippines showed their unconquerable spirit in fighting their Japanese invaders. The Japanese “conquest” was just the beginning of the fighting, not the end. Resistance in the Philippines only grew more and more as the years of war dragged on.

An estimated 260,000 Filipino resistance fighters took up arms against Japan during World War II, and it’s easy to see why. When Japan took control of the country, it took away the possessions of civilian inhabitants of the island, removed Filipino control of businesses, and only allowed education approved by Tokyo.

In Tacloban, a schoolteacher named Nieves Fernandez watched as Japanese troops forced her friends and families into submission by throwing scalding hot water on them. Then they came for her and her possessions. They strippedher of her rights to own a business and threatened to remove her students.

They really woke a sleeping giant when they messed with Nieves Fernandez. She decided she wasn’t going to just take whatever Japan was allowing her to have. She constructed a makeshift shotgun out of a pipe and her bolo knife and dressed in all-black to ambush Japanese troops making their way across the countryside.

For nearly two and a half years, she struck out on her own, often barefoot, to ambush and kill as many enemy troops as she could, armed only with her bolo and her shotgun. Her dark attire and quiet movements earned her the nickname “The Silent Killer.” She would approach her enemies in the dark of night and cut their carotid arteries at the neck, killing them instantly.

Fernandez’s work in killing dozens of Japanese soldiers inspired the locals of Tacloban and eventually she was leading a guerrilla platoon of more than a hundred men. She went from teaching young students their reading and writing skills, and set about teaching guerrilla fighters how to make silent kills.

Within a year of starting her organized uprising, Capt. Fernandez had earned a 10,000-Peso bounty on her own head from the Imperial Japanese Army. If the Japanese were hoping a fellow Filipino would betray her, their hopes were in vain. Fernandez and her men continued their reign of terror throught the areas in and around Tacloban. They raided Japanese encampments, freed prisoners of war, liberated villages, and rescued “comfort women” used by Japanese soldiers as sex slaves.

In all, Nieves Fernanadez killed some 200 enemy soldiers in the years of Japanese occupation. She and her “Gas Pipe Gang” wreaked havoc on Japanese operations in the areas around their local town, using just their homemade gas pipe shotguns. In all that time, the closest she came to death was a bullet wound in her right arm.

Her methods were so effective, an entire underground industry formed around gas pipes and firearms in the Philippines. Gas pipes were soon more valuable than gold in some areas, especially in Manila. The resistance in the island nation was so fierce that throughout the entire war, Japan actually only effectively controlled 12 of the country’s 48 provinces.