Rangers: The reason why you don’t mess with Texas - We Are The Mighty

Rangers: The reason why you don’t mess with Texas 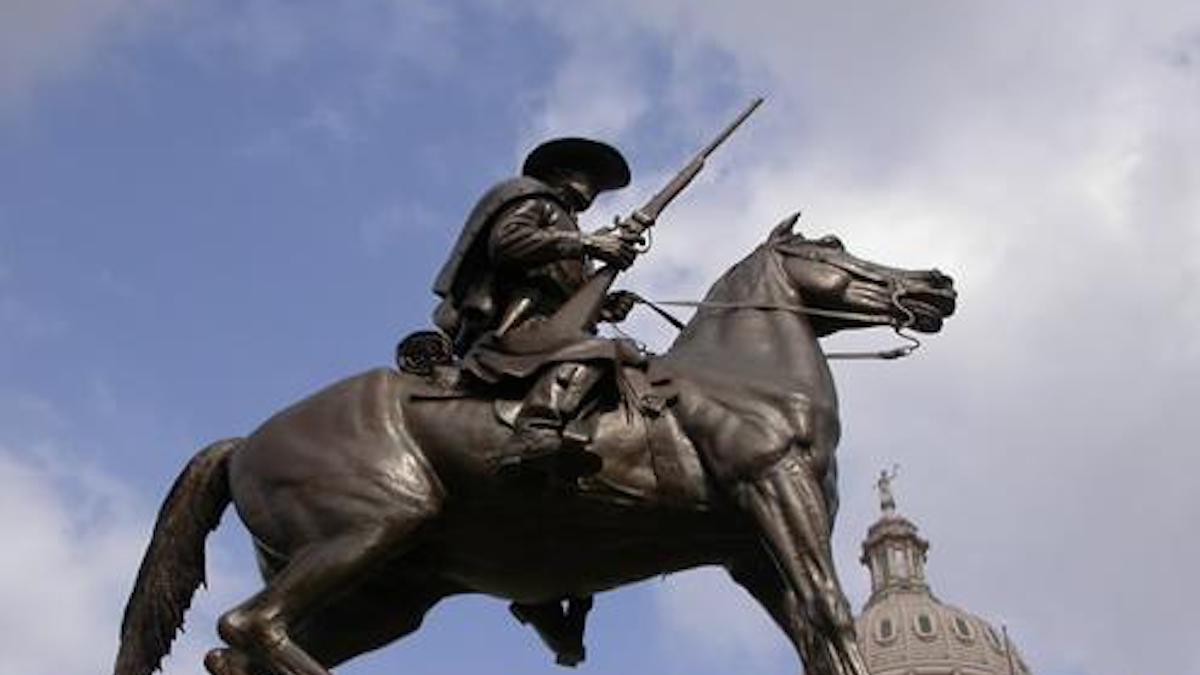 This post is sponsored by The CW’s Walker, premiering on January 21st, Thursday 8/7c!

Rangers: No, not the baseball team. Nope, not the Lone Ranger. I’m talking about the real-life special law enforcement division known officially as the Texas Ranger Division. Since 1823, the Texas Rangers have taken down criminals and outlaws like Bonnie and Clyde, investigated crimes like the infamous Irene Garza murder, and protected VIPs like President William Howard Taft whose assassination attempt in Mexico was thwarted by a Ranger. Today, the Rangers serve under the Texas Department of Public Safety as the state’s Bureau of Investigation.

As of January 1, 2020, there were 166 commissioned members of the Texas Ranger Division across six companies. The Rangers perform a wide array of law enforcement duties. While Rangers conduct mainly criminal investigations and arrests, other programs also fall under their direction and supervision. Rangers conduct Public Corruption/Integrity investigations, Joint Intelligence and Border Security operations, and even riverine reconnaissance operations. The Rangers Special Operations Group includes tier one professionals like Crisis Negotiation Units, SWAT and SRT operators and EOD personnel.

As previously mentioned, the Rangers are organized into six companies in Houston, Garland, Lubbock, Weslaco, El Paso and Waco with the Ranger Division headquartered in the state capitol of Austin. Additional Rangers are stationed across the state, with each Ranger having responsibility for a minimum of two to three counties, some with even larger areas. Becoming a Texas Ranger is no easy task. Due to the high standards and illustrious legacy of the division, their acceptance rate is low. Applicants need to have an outstanding record of at least 8 years of law enforcement experience primarily investigating major crimes. As such, even military police experience does not meet this requirement. Additionally, the Rangers only recruit internally from the Texas Department of Public Safety and require applicants to be commissioned officers with the rank of at least Trooper II. If these requirements are met and the background check passed, the hard part begins.

Applicants must undergo a written examination that includes competencies like reading comprehension, grammatical skills and knowledge, and mathematics. If they pass the written exam, they go before an Oral Interview Board. Board members have the final say in who becomes a Ranger, and who doesn’t. According to the Rangers’ website, “Little recruiting has ever been necessary and it is not unusual for many officers to apply for only a handful of openings.” Once a law enforcement officer is accepted into the Rangers, they are required to attend at least 40 hours of in-service training every two years. However, most Rangers will conduct training that far exceeds this requirement. Additionally, specialized fields like SWAT, SRT and EOD will train constantly to keep their skills sharp and prepare for new and evolving threats.

According to the Texas Department of Public Safety, in 2019, the Rangers conducted 993 felony arrests and secured 562 confessions to various crimes. A whopping 537 convictions resulted in 8,531 years in prison assessed, 76 life sentences and three death sentences. All of that in one year from the work of 166 Rangers. You don’t mess with Texas, but if you’re foolish enough to commit a crime in the Lone Star State, watch your back. The Texas Rangers rarely miss their mark.

Needless to say, you don’t want to miss the reboot of TV’s most famous Texas Ranger. Check out Walker when it premieres on January 21, Thursday 8/7c on The CW.