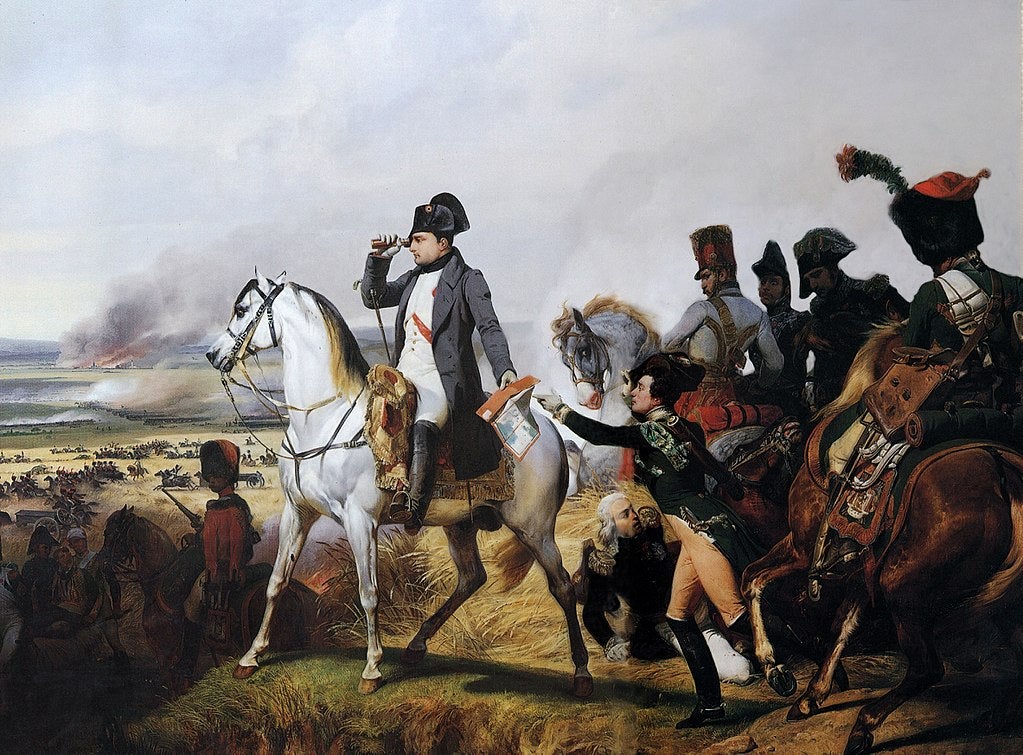 Painting of Napoleon by Horace Vernet.

There’s no doubt about it, and the math proves it: Napoleon was by far the greatest general who ever led armies on a battlefield. In a statistical analysis, the Emperor of France bested legendary Carthaginian Hannibal, Julius Caesar, and even his rival the Duke of Wellington in all-time military prowess.

In a ranking of over 6,000 military commanders, Napoleon was the clear winner (once more) and the number two spot wasn’t even close. So no matter how one might feel about Napoleon or his legacy, it would make sense to think about his writings and sayings, even after his fall from power and exile to Saint Helena.

One of his warnings might have taken a while to come to fruition, but once it did, it was a doozy. Today, it seems remarkably prescient. Napoleon was the first to warn the world about an empowered China.

One quote, often attributed to Napoleon, says “Let China sleep, for when she wakes the earth shall tremble.” It might be doubtful that he ever actually said or wrote those exact words, but his feelings on the subject would become quite clear.

Napoleon was famously exiled twice in his life. The first time, he was sent to the Mediterranean island of Elba, between Sicily and Corsica. He escaped his captors, returned to France and to power and then immediately went to war with Europe once more.

He was finally defeated in 1815 at the Battle of Waterloo, which led to his second exile on the island of Saint Helena, in the middle of the Atlantic Ocean. At the time, he was only 45 years old, so the Emperor’s mind and body had many thoughts and years left in them. He took to writing his memories and thoughts while he lived in exile.

There was no escaping Saint Helena. British troops kept a watchful eye on the island and its neighbors off the coast of Africa. While there, he learned English so he could read English books and newspapers, as French ones were kept under tight control by his jailers.

The defeat of Napoleon left the British empire as the sole superpower of the time, unrivaled at sea, and was thus able to completely control the economies of many countries, including that of China. Britain began exerting influence on China while Napoleon was still alive, focusing primarily on the opium trade.

This would lead to a series of conflicts after Napoleon’s death, as Chinese officials sought to end the influence of opium on the Chinese people and British ships and troops fought to allow opium traders to operate inside China.

Napoleon, even before the opium became a problem, was still a genius and could see the writing on the wall, writing about British aggression toward China:

“It would be the worst thing you have done for a number of years, to go to war with an immense empire like China, and possessing so many resources. You would doubtless, at first, succeed, take what vessels they have, and destroy their trade; but you would teach them their own strength.

They would be compelled to adopt measures to defend themselves against you; they would consider, and say, ‘we must try to make ourselves equal to this nation. Why should we suffer a people, so far away, to do as they please to us? We must build ships, we must put guns into them, we must render ourselves equal to them.’ They would get artificers and ship-builders from France and America, even from London; they would build a fleet, and, in the course of time, defeat you.

You ought to monopolise the whole China trade to yourselves. Instead of going to war with the Chinese, it were better to make war with nations who desire to trade with them.”