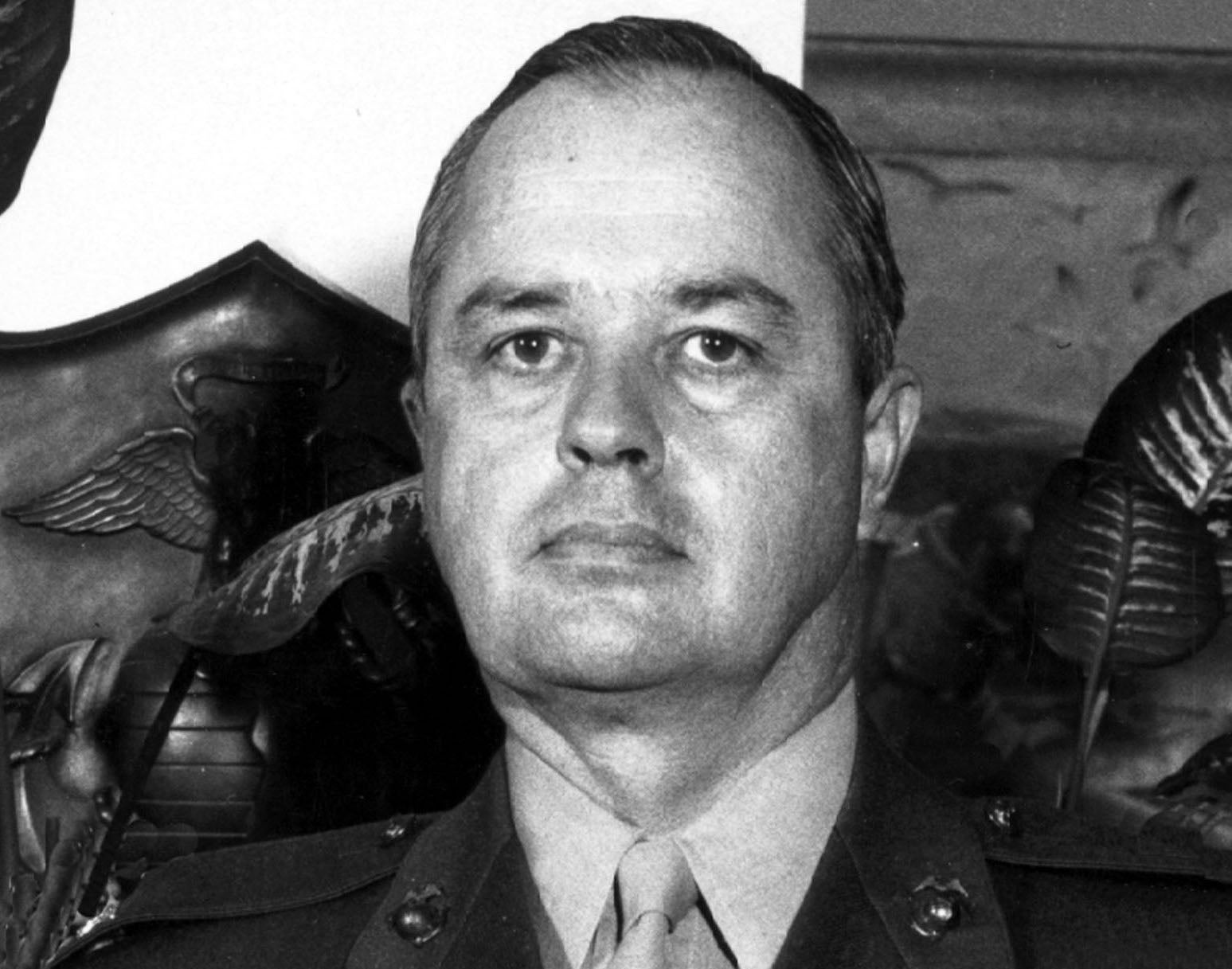 Walter McIlhenny began his military career in the Virginia National Guard, but as war in Europe loomed in 1935, he transferred to the Marine Corps Reserve and became the captain of a rifle platoon. When the United States finally entered World War II, McIlhenny was sent to the Pacific Theater along with so many other Marines.

McIlhenny would spend nearly the entirety of the war in the Pacific, fighting alongside his Marines. In 1942, he landed on Guadalcanal with the 5th Marines, 1st Marine Division under heavy enemy fire. It was there he would receive the Navy Cross.

As the company’s executive officer, he was leading a party of volunteers to help evacuate Company B’s wounded. Far ahead of the rest of his force and armed only with a rifle, McIlhenny covered the evacuation under heavy machine gun and mortar fire. He even purposely drew enemy fire to take attention away from the Marines evacuating their fallen. McIlhenny finally silenced the machine gun.

After being concussed by a mortar round, he advanced on the enemy’s line and began relaying fire control information back to the heavy guns supporting the Marines. He only abandoned the position after his commander gave the order for him to do so. He would also receive a Silver Star and Purple Heart during the fight for Guadalcanal.

But maybe one of Walter McIlhenny’s greatest claims to fame also happened during the fighting for Guadalcanal. Of all the dangers he faced on the island, the closest he came to death was a one-on-one encounter with a Japanese officer.

During the fighting, McIlhenny surprised the officer in his position, forcing the enemy officer to grab whatever weapon was closest at hand. It happened to be his katana sword. The enemy quickly grabbed up the sword and struck the American with a fierce blow to the head. Unfortunately for the Japanese, the sword was still in its scabbard.

The blow was so harsh and fast that it left an indentation on McIlhenny’s helmet. As he fell from a blow so intense, McIlhenny shot the enemy commander, killing him. When McIlhenny woke up, he found he was still alive, on a stretcher, with the sword – and his dented helmet – with him.

McIlhenny’s helmet and the enemy officer’s sword have been preserved since the end of the war and can now be seen at the National World War II Museum in New Orleans, Louisiana. McIlhenny received a promotion for his actions at Guadalcanal, but his injuries weren’t a ticket home.

His next stop was New Britain, where he trained incoming Marines. He next saw combat at the 1944 Battle of Peleliu as the Regimental Plans and Training Officer. Along with the rest of the 1st Marine Division, he received the Presidential Unit Citation for his performance on the island.

McIlhenny was on his way back to the United States by the end of 1944. After World War II ended, he stayed in the Ready Reserve as a unit commander. When he was placed on the retired officers list, he was given a promotion to brigadier general due to his extensive time in combat. He returned to civilian life as the President of the McIlhenny Tabasco Sauce Company.