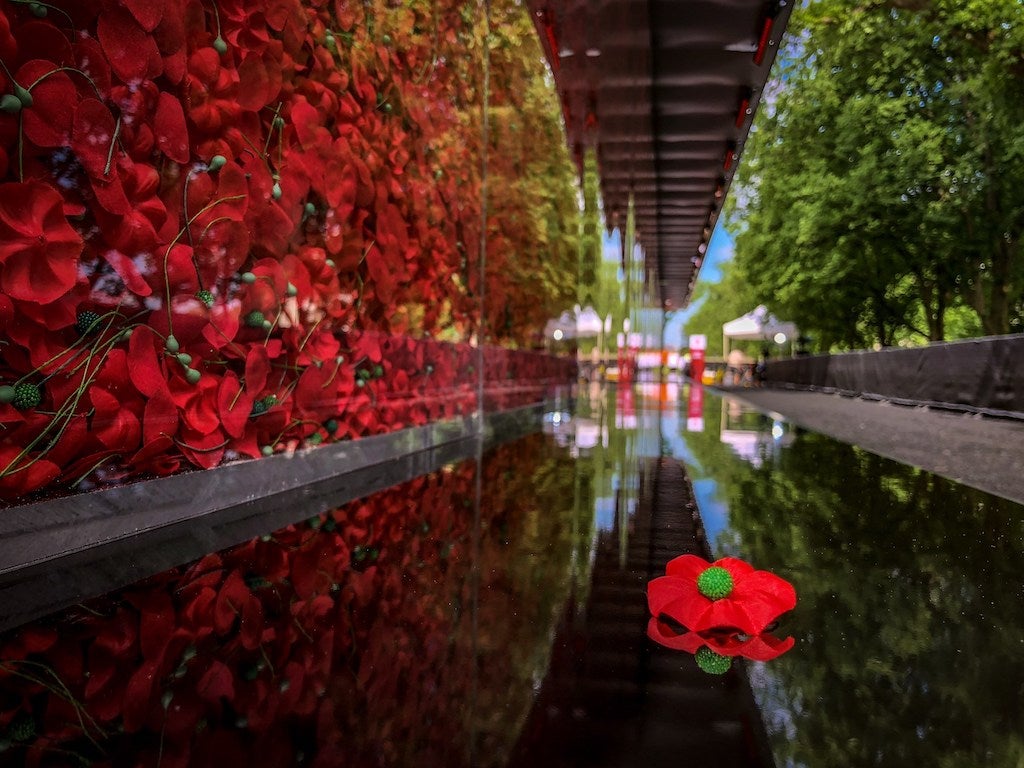 The USAA Poppy Wall of Honor returns to the National Mall in Washington, D.C. this Memorial Day weekend for the first time since 2019. The Poppy Wall of Honor holds 645,000 poppies representing the American servicemembers who gave their lives in service to our nation since World War I.

SAN ANTONIO, May 24, 2022 /PRNewswire/ — The USAA Poppy Wall of Honor – a temporary installation honoring the more than 645,000 American servicemembers who gave their lives in service to our nation since World War I – will return to the National Mall in Washington, D.C. for Memorial Day weekend.

The Poppy Wall of Honor exhibit provides a moment to pause and remember all who’ve given their lives in combat for our freedoms. During its previous appearances on the National Mall, the last of which occurred in 2019 prior to the pandemic, more than 25,000 visitors viewed the highly emotional exhibit.

“Memorial Day is a time for all Americans to pause and pay respect to those who have paid the ultimate sacrifice for our country,” said Wayne Peacock, president and CEO at USAA. “USAA is honored to return to the National Mall with the Poppy Wall of Honor to help raise awareness of the true meaning of the holiday and provide an opportunity for visitors to remember the 645,000 service members who have died in service to our nation since World War I began.”

The Poppy Wall of Honor will be on display from May 27 through May 29 on the National Mall between the Vietnam Veterans Memorial and Constitution Gardens Pond, adjacent to Constitution Avenue NW (exact location can be found in Google Maps). Visitors can expect to see:

In addition to the return of the Poppy Wall of Honor, USAA introduced two smaller Poppy Exhibits in U.S. cities last week. The National Veterans Memorial and Museum in Columbus, Ohio, and the USS Midway Museum in San Diego, Calif., will host the smaller temporary exhibits that offer a similar educational and remembrance experience to the Poppy Wall of Honor on the National Mall.

Founded in 1922 by a group of military officers, USAA is among the leading providers of insurance, banking, and investment and retirement solutions to more than 13 million members of the U.S. military, veterans who have honorably served and their families. Headquartered in San Antonio, USAA has offices in eight U.S. cities and three overseas locations and employs more than 38,000 people worldwide. Each year, the company contributes to national and local nonprofits in support of military families and communities where employees live and work. For more information about USAA, follow us on Facebook or Twitter (@USAA), or visit usaa.com.