President Nixon's Secret Service uniforms - We Are The Mighty 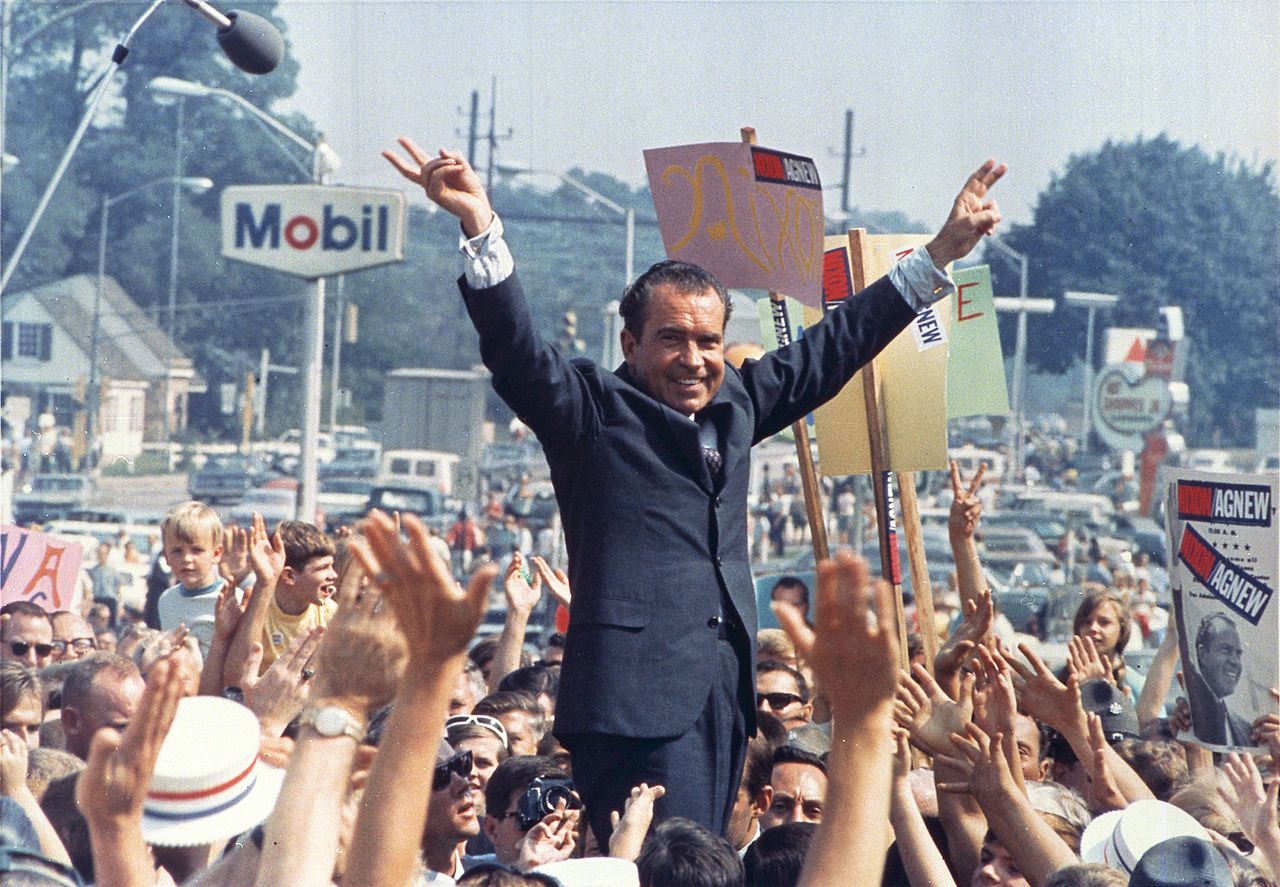 President Richard M. Nixon was a lot of things: seasoned diplomat, elder statesman and master campaigner. What he wasn’t was a fashion icon. But Nixon was suitably impressed by the bodyguard corps of world leaders he visited. During his time in office, Nixon visited leaders in the UK, the Philippines, Indonesia, India and Iran, just to name a few. One of the things that stayed with the president during all his official travels wasn’t just the advancement of American foreign policy, it was also the ceremonial uniforms worn by palace guards in many of those countries. So he decided to give the Secret Service a makeover. Few others were impressed with the president’s designs.

When we think of the Secret Service today, we think of dark, plain suits and ties, aviator sunglasses and the ever-present earpiece used to communicate with one another. Those who have never visited the White House may not realize the U.S. Secret Service also has a uniformed division that handles the basics of keeping the White House and its executive office buildings secure. These measures are basic things like metal detectors, bomb-sniffing dogs, and probably other things we’ll never see because they’re classified.

President Nixon changed the uniforms for those guarding the White House itself in January 1970. He (apparently) was the only one who was happy with the changes. Rather than look like a security force or like federal agents, they looked more like a Middle Eastern palace guard – or a high school marching band.

The new Secret Service uniforms included a white double-breasted tunic with golden shoulder trim and a thin-brimmed firm shako hat with a peaked front. It also feature black leather belts to match the hat, with a matching black leather holster for the Secret Service issue sidearm. The tunic was topped off with a gold ceremonial shoulder braid, black pants with a white stripe down the legs and black leather shoes.

After unveiling the new uniforms, criticism of the look poured in from all over Washington. The uniforms were compared to everything from old-time movie ushers to toy soldiers and even Nazi-looking uniforms. The guards, never ones to complain, had to speak up about the hats, which they said were too uncomfortable to wear for long periods of time.

“When they first appeared, the guards were greeted with gals of laughter,” one official told the Washington Post. “They were pitiful and looked European and out of place.”

Nixon had modeled the uniforms after those worn by West German police officers, but the look failed to impress anyone, whether they were government officials, media or the guards themselves. Luckily, the government had only made 32 of them.

The leather hats were removed from the uniforms within a month. The ceremonial white tunic and black pants combination were used slightly longer – but only slightly. Almost as fast as the uniforms had appeared, they were gone. The government put them in storage, never to be placed on the back of a Secret Service agent again.

The Secret Service wasn’t the last group to use the uniforms, however. After a decade of sitting in storage, the U.S. government decided to remove them and put them up for sale (at a deep, deep discount) to a school district marching band in Iowa who was having trouble procuring uniforms of their own. For around $5, the Iowa high schoolers were now able to wear the finest in government-made uniforms.