These Russian weapons that have been captured or destroyed by Ukraine 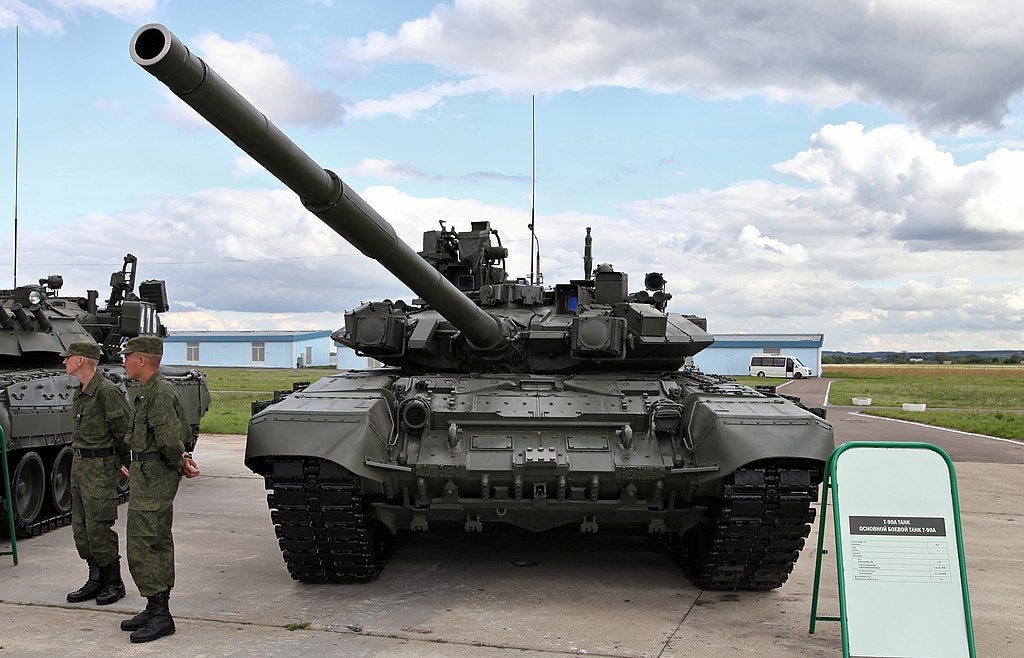 Most countries like to keep their special, secret weapons a secret. Surely the Russian military is no exception, but since they can’t seem to hold their ground, they find themselves having to withdraw faster than planned. The things they leave behind become prizes for the advancing Ukrainian Armed Forces. As of Oct. 7, 2022, the United Kingdom’s defence ministry reported that more than half of the Ukrainian tank forces are captured Russian armor. Ukraine has seized more than a thousand Russian weapons, including armored vehicles and tanks, from the fleeing Russian army since February, and there are no signs of a slowdown.

For the Kremlin, losing such a significant portion of its main battle tanks only to have them turned around used against its forces would be a pain in the butt, but the losses don’t stop with its primary armor. Russia has been losing specialized, rare, and secret weapons as its troops flee for safety.

The Russian T-90 hasn’t been in service all that long and is Russia’s most advanced third-generation tank. It was part of the Soviet Union’s last modernization program, and is considered a trove of valuable information about the Russian military by NATO allies. There’s little doubt that at least one of these tanks is being scrutinized by western military intelligence by now.

Ukraine destroyed its first T-90M in April 2022 and captured its first as early as May. There are at least 12 T-90M tanks being used by the Ukrainians now, and the massive tank losses Russia has experienced is forcing them to dust off old T-62s, some of which have been sitting in museums.

Russia only made 10 BMO-T Flamethrower tanks, which is unfortunate for them, because Ukraine has destroyed at least five of those. It’s actually more of an armored personnel carrier, designed to support infantry, but is armed with RPO-A series portable infantry flamethrowers.

The BMO-T is constructed on the chassis of a T-72 tank, but has its main turret removed and replaced with a remotely controlled 12.7 mm machine gun. Inside the tanks are 12 of the RPO-A flamethrowers, designed to be shoulder launched by infantry.

The BMP-2 was originally made by the Soviet Union in the 1980s. Its main weapons is a turret with a stabilized 30 mm 2A42 autocannon with dual ammunition feeds, but it also carries seven infantry who can exit the vehicle via rear doors. The autocannon can fire armor piercing tungsten rounds or high explosive ones. As its name suggests, it can be used to cross water – like Dnipro River.

When Ukrainian forces captured this intelligence jackpot, not only were they able to sell the secret of the Iranian-made drone to the west, they also captured a Qaem-5 bomb under its wing. It’s primarily used by the Iranian Revolutionary Guards Corps, but is one of the drones the Islamic Republic has been exporting to Russia for the Ukraine War.

Not only did Ukraine capture Russia’s newest drone, its counteroffensive in Kharkiv captured and entire drone complex, complete with many drones, its technical specs, and a control station. If the Orlan-10 had any secrets, it sure doesn’t have any now. Its main purposes in battlefield reconnaissance, but can carry four high explosive munitions.

The AMN-590951 is an advanced armored vehicle for Russia, making its first appearance in 2022. Very little was known about the vehicle or its capabilities before one was captured by Ukraine in October 2022. Its armor features an upgrade from previous armored cars, as well as an upgraded turret, and is capable of carrying nine troops. Ukraine believes Russia’s entire fleet is in Ukraine, but they have at least one fewer than they had before.

In 2014, Russia decided to upgrade a few of its old T-72s to a version that is more lightweight and cheaper to produce. They are fitted with new engines, new gunner’s sights, and upgraded fire control systems. Russia produced just a few of these for its annual International Army Games Tank Biathlon. Despite all its upgrades, they do not have satellite navigation, which might explain why at least one was lost in Ukraine.