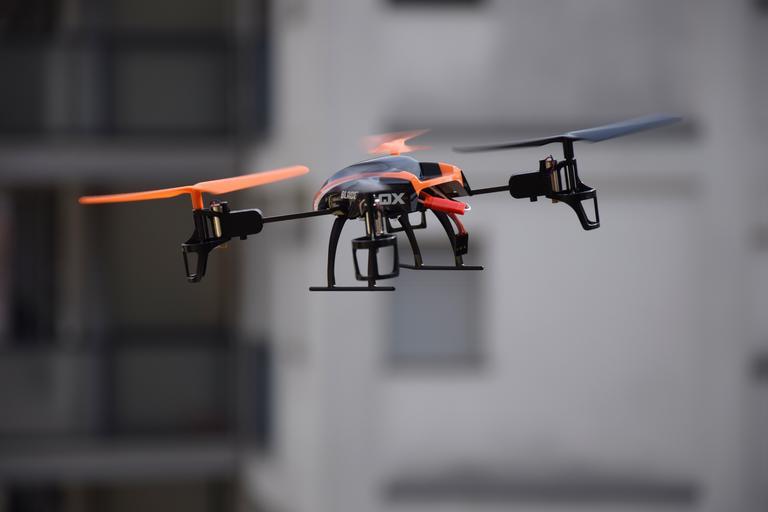 Now that a top American general has declared tiny drones as the biggest threat in the Middle East since IEDs, the British military is bringing some tiny drones of their own. But the UK’s drone swarms can be fired from a 40mm grenade launcher.

Whether an infantry unit needs the drones to carry cameras, bombs or act as a swarm, they can now field what they need with the pull of a trigger. British troops in Mali supporting Operation Newcombe will soon be fielding the Australian-designed Drone 40.

The Drone40 is being used for long range ISR in the sub-Saharan country to support United Nations troops operating there.

Military reporters at Overt Defense first reported the Drone40 debut at the Special Operations Forces Industry Conference in 2019. The devices were able to bring flashbangs and smoke to the battlefield along with other weapons and reconnaissance capabilities.

British Army Light Dragoons and Royal Anglian Regiment were training with the weapon by October 2020.

Drone40 UAVs are adaptable to many battlefield situations and can be adapted quickly to changing situations. When used in a non-combat situation, the devices are retrievable and can be reused multiple times. In a combat environment, they can carry an explosive payload with armor-piercing warheads.

The British troops in Mali are apparently using only the ISR functions.

“Although the system is in use, the version we are using is hand launched and does not include any munitions – it is purely used for surveillance and reconnaissance,” British Royal Anglican commander Will Meddings said on Twitter.

He also clarified that British troops in Mali are only hand launching them because there is “plenty that needs to be trialed, tested and assured.”

The new drone can be fired from 40mm launchers but its size depends on the kind of drone being used. Launchers that only fire short rounds will not be able to use some of the different payloads.

Operation Newcombe is the British effort in the United Nations’ Multidimensional Integrated Stabilization Mission in Mali. The UK has 300 soldiers in the country to help support French peacekeeping efforts after a 2012 uprising by al-Qaeda linked nearly tore the country in two.

The British are supplying logistical and long-range reconnaissance support to the French antiterrorism effort. The British Long Range Reconnaissance Group is part of the UN Peacekeeping mission there, in order to determine how best to help the people of Mali in a time of political instability.