This is how VPNs are useless against the FBI 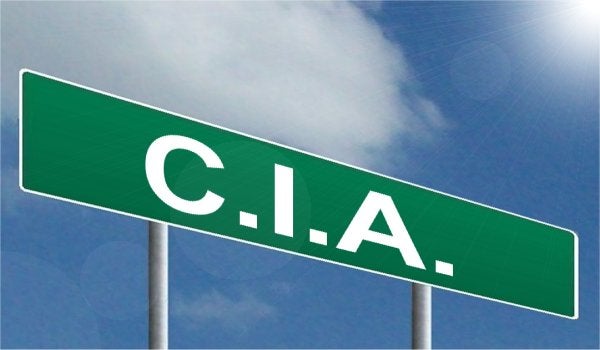 Back in 2013, NSA whistleblower Edward Snowden revealed that the federal government was collecting our personal data. Ever since, Virtual Private Networks, or VPNs, are used to encrypt a person’s activity on the internet. The sophistication of these companies has improved and usage of the software is as easy as turning on a light switch. Everyone has that one friend that spews out conspiracy theories that are just flat out wrong. Keep in mind, even a broken clock is right twice a day, this time the government is watching you.

VPN logs are the data that providers keep regarding usage of their service. When it comes to what they could store, you have to remember that your provider has access to all of your internet activity. So everything your ISP would normally see is technically now accessible by your VPN provider. Of course, if providers actually logged and stored all of that data, they wouldn’t be offering a very attractive service, and would no doubt lose a lot of customers. Instead, the lack of logs is one of the main selling features broadcast by many providers in a bid to win over consumers.

Having a VPN that keeps logs of your activity defeats the purpose of a VPN in the first place. All U.S. based VPN providers have to hand over logs to the federal government when ordered to do so. In fact, they’re strictly prohibited on directly telling you if they have been subpoenaed by the feds. A Warrant Canary is one workaround. It is a webpage that they update once a month stating that no secret government subpoenas have been issued. If you use a US based VPN with a Warrant Canary and an outdated page, the canary is dead. So is your privacy.

You may not have heard of 5 Eyes and 14 Eyes countries and that is by design. The 5 Eyes alliance (FVEY) is an agreement between the United States, the United Kingdom, Canada, Australia and New Zealand. They collect telephone calls, texts, emails, signals to weapon systems or radars and share that information. The FVEY is also a convenient workaround to spying on US citizens by having an ally do the dirty work and handing the information over.

The alliance expanded to Denmark, France, the Netherlands, and Norway and became the 9 Eyes alliance. We now have the 14 Eyes alliance with Belgium, Germany, Italy, Spain and Sweden. The FBI and other agencies can see you if your VPN service is headquartered in any of these countries.

The intention of this alliance is to form a united front against state sponsored intelligence attacks by China, Russia, Iran, and other enemies of the west. What does that have to do with you? Your activity does not have anything to do with national security so it does not apply, right? Wrong. On, March 11, 2020 the House of Representatives passed H.R. 6172, here is the executive summary provided by senate.gov.

The USA FREEDOM Reauthorization Act of 2020 prohibits the government from using FISA authority to collect call details records on an ongoing basis and prohibits the use of tangible business records to obtain cell site location and global positioning system location, with exception. This act extends the authorization for the reformed expiring FISA authorities, along with the “roving wiretap” authorities and “lone wolf” provision to December 1, 2023. It also requires the attorney general to approve a FISA application to surveil any elected federal officials and candidates for federal office and increases the penalty for making false statements to the Foreign Intelligence Surveillance Court from five to eight years imprisonment. Provisions in the legislation also require extensive reporting on FISA applications, FISC and Foreign Intelligence Surveillance Court of Review decisions, and investigative techniques used by the federal government.

All an agency has to do is slap a national security label on the subpoena and slap a lone wolf label on you. You do not have to fix in the box, they build it to order around you.

I understand the need to protect our national security and the FBI’s defense against foreign intelligence attacks. I applaud their fervor and dedication to capturing child predators as well. What I do not agree with is the violation of our rights as citizens of the United States. If the federal government wants to hunt down the scum of the earth, by all means do it. They should do it without jeopardizing the confidence of The People.

You can never fully hide on the internet

One of my favorite quotes from The Social Network is by Erica Albright denying Facebook’s founders apology for writing nasty blogs after they broke up. ‘It didn’t stop you from writing it. As if every thought that tumbles through your head was so clever it would be a crime for it not to be shared. The Internet’s not written in pencil, Mark, it’s written in ink.’