10 reasons you won’t be a drug lord 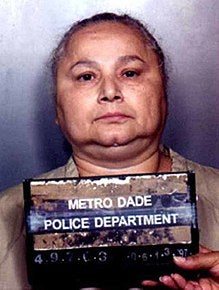 Considering a new career? Good for you! As long as a mid-quarantine Breaking Bad binge didn’t give you any ideas. Besides being completely illegal, being a drug lord is harder than it looks. It’s nearly impossible, really. It’s obvious that you SHOULDN’T become a drug lord, but here’s a few reasons why you really can’t.

Back in the days of Pablo Escobar if you were hitman, you were a hitman. A smuggler is dedicated to only smuggling. Modern Cartels need people who are good at a variety of things; brokering whole sale purchases for raw materials, cooking drugs, transporting, protecting the shipments, and murder. It’s very rare to find a kingpin who didn’t get an early start in the trade at an early age. Unless you’re 11 years old at the time of reading this article, you’re already too old to learn the trade and gain the connections necessary to thrive.

2. Most drug related professionals live below the poverty line

In fact, farmers sell 200 grams of raw unprocessed opium for $20 in Mexico. One can buy a garbage bag full of weed for $100 in Tijuana (allegedly). The profits are not there at entry level positions. There is a reason why only the dirt poor with no other prospects shake hands with organized crime. It’s that or starvation. You can rideshare or something legal.

Mexican crime groups reportedly distributed aid packages to the local populace, branded with cartel insignia, and enforced COVID-19-related lockdown measures. Such activities, amplified on social media, appear to be intended to win the hearts and minds of local communities to support their criminal enterprises and attract recruits.

Mexican Drug Trafficking and Cartel Operations amid COVID-19 (IN11535)

If you refuse to put on a mask to stop the spread of COVID-19 then you will never be a drug lord.

4. They kill police and military sympathizers

5. Mexican politicians have perfected the game

Observers also are watching closely for further consequences resulting from the surprise U.S. arrest in October of former Mexican Secretary of Defense Salvador Cienfuegos on drug and money laundering charges. Responding to Mexican pressure, the United States agreed in November to drop the case and release Cienfuegos.

Mexican Drug Trafficking and Cartel Operations amid COVID-19 (IN11535)

So, not only is the world’s leading scumbags in villainy involved in every crime imaginable but they’re protected by the Mexican Government. This miscarriage of justice has been around for decades.

Mexico is a cesspool from bottom up of corruption and filth. From the farmers to the politicians, there are many levels to the complacency in Mexico. Why anyone would want to be associated with cartel trash is ridiculous.

6. The super cartels are gone

In certain states, yes. Marijuana is legal and the country is moving toward federal legalization of the plant. You can legally make money in a gray area while the country makes the transition. There isn’t a need to risk your life when all you have to do is wait it out.

8. You’re not a main character in Netflix’s Narcos

Even Diego Luna didn’t want to meet Miguel Angel Felix Gallardo, the antagonist he portrays in Netflix’s Narcos: Mexico. Narco’s style of mixing English and Spanish, fact and fiction, to portray the good guys and the bad guys is pretty cool. However, it’s just entertainment, not real life. Real narcos are a**holes.

He’s alive but I don’t want any connection to this man. The writing and documentaries are enough.

In the clip, two cartel hitmen scope out a place as a recon element. Sometimes thieves pretend to be cartel members. This wannabe cartel member runs up to rob the pair of men but changes his mind at the last second. When he realizes he messed up and decides to retreat the real hitmen shoot at him. They wave their boss down that the coast is clear and then chase after the idiot.

All that has changed over the past few years, as Mexico’s drug-trafficking cartels have moved to monopolize all forms of crime, including fuel theft, muscling out smaller operators with paramilitary tactics honed in the drug war. Black-market gasoline is now a billion-dollar economy, and free-standing gasoline mafias are gaining power in their own right, throwing a volatile accelerant onto the dirty mix of drugs and guns that has already killed some 200,000 Mexicans over the past decade.

Additionally, there are tons of documentaries on the diversification of the cartel portfolios. They treat their business like a corporation because the upper echelons are CEOs. It’s a monopoly and that’s why you’ll never be a drug lord.