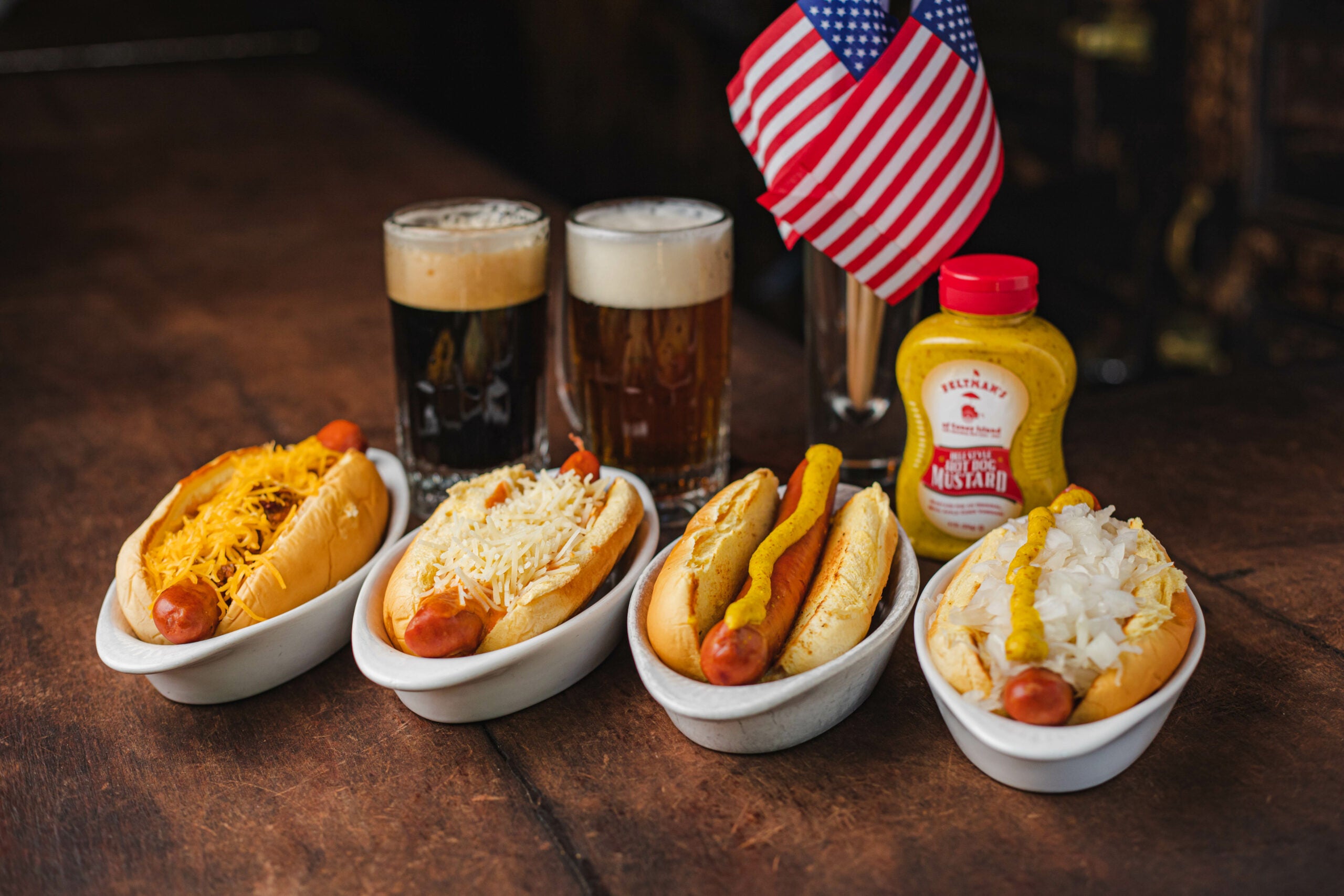 Almost 150 years after Charles Feltman introduced the first Frankfurter hot dog to New York, two Brooklyn brothers reintroduced it to the world in 2015. Chief Executive Officer and Army Veteran Captain Joe Quinn and his brother Michael revived Feltman’s in honor of their brother Jimmy, who lost his life in the World Trade Center on September 11, 2001.

Since 2015, the Quinn brothers worked hard to make Feltman’s one of the fastest growing natural food companies in the United States. Feltman’s of Coney Island is now a veteran-owned and operated Gold Star family business, made up of almost all Army and West Point Academy graduates. Despite the heavy ‘Go Army’ company environment, the team is stepping forward to support the Navy in a big way.

Feltman’s has made a point to give back to the military community, supporting a variety of non-profits and endeavors. In 2020, they supported the non-profit Travis Manion Foundation through sales for the Army/Navy game. Quinn explained, “As a West Point graduate that runs a company that’s heavily on the Army side, we like to talk a lot of smack when it comes to the Army/Navy rivalry, but at the end of the day we’re all on the same Team. I feel that’s captured by a West Point/Army company [Feltman’s] supporting a foundation and the memory of legendary Annapolis/Navy graduate 1stLt Travis Manion. Travis is what this game and this country is all about and we are proud to support the foundation that’s in his name…Beat Navy.”

“We all have a strong connection to the military; three of us having gone to West Point,” Quinn explained. He shared that the company remains dedicated to serving nonprofits and especially those that benefit veterans. “Travis was a Naval Academy grad and we know his sister Ryan. We’ve always wanted to partner with the Travis Manion Foundation.”

Not only is the CEO Army, so is the rest of the executive team. Executive Chairman Nick Loudon and Chief Marketing Officer Rob Boeckmann are both West Point graduates (classes of 2004, 2012, respectively), and Chief Operating Officer Greg Syvertson is a former Army intel NCO.

“The West Point connection in our company and brand is strong” Rob Boeckmann explained. When asked about his role, Boeckmann, who grew up in Germany, said “I never really ate hot dogs until I joined the Feltman’s Team. My first language is actually German, and being born and raised over there, I have to admit I never really liked hot dogs. But when I tried these all natural hot dogs, I knew it was a good fit because they are very good. They’re exactly what I want my friends and family to eat. Feltman’s hot dogs turned me, a non-hot dog eater, into a believer. And as a marketer, it’s great to represent and work for a brand with a story beginning with an immigrant. Charles Feltman immigrated from northern Germany, where my own family has its roots. Feltman’s in the early 20th Century was the biggest restaurant in the world, a global destination in New York City. And we are trying to bring that back. And it’s great to get to do this job with fellow academy grads and Army veterans.

One of the things that sets Feltman’s apart from other competitors is their commitment to all natural products that are 100 percent beef and made without nitrates. The hotdogs are uncured and Feltman’s is known for its spice and smokey blend. Add that in with their commitment to the military community and deep love of country, it’s a recipe for success – pun intended.

To learn more about Feltman’s or to place an order for hot dogs click here. Feltman’s ships nationwide.