The perfect gift for history buffs and whiskey lovers 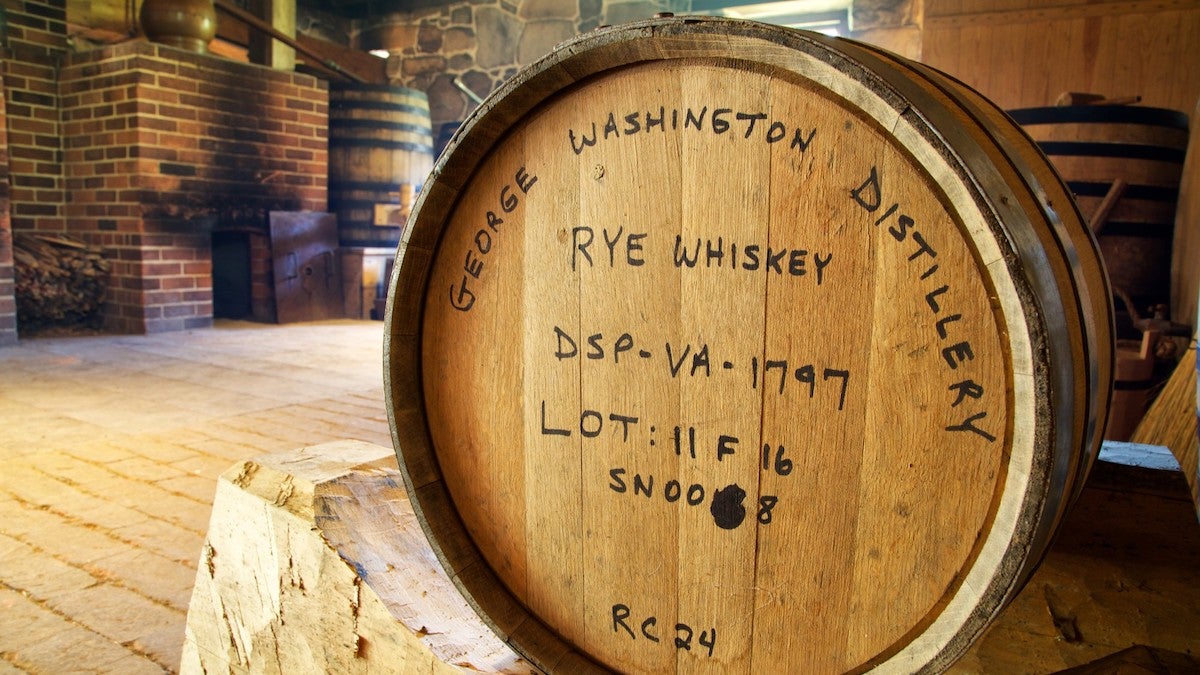 Looking for a last minute gift for that whiskey lover on your list who also happens to love history? Why not buy a bottle of small-batch whiskey from George Washington‘s distillery?

Even though it’s not the original location, it’s a pretty close replica and it churns out recipe-exact whiskey. So you’re basically sipping on the same stuff that the big guy himself liked to sip on.

Just like now, alcohol played a significant role in the lives of people in the 1700s. In addition to social drinking, alcohol was used a lot for medicinal purposes, so having a distillery meant that Washington could sell his booze to many different markets. Distilleries were super common in early American life, just like now. Currently, America produces about 37 million cases of whiskey each year in 129 distilleries.

Way back in 1799, Washington’s distillery produced something like 11,000 gallons of whiskey, making it one of the largest distilleries in all of America at the time. Admittedly, America’s size in 1799 wasn’t nearly what it is today, but still – 11,000 gallons is pretty impressive. For comparison’s sake, other distilleries in Virginia at the same time only made about 600 or so gallons of fine, fine whiskey.

Whiskey making was even one of the earliest “cottage industries” in America. Cottage industries are the kinds of businesses people can run out of their homes. In the digital age, that could be anything. Back in Washington’s day, running a successful shop out of a kitchen or farm, or in Washington’s case, a still, required a different kind of setup. And that’s exactly what Washington did.

So you already know Washington was our first president, and he did a lot for the future generations of whiskey loving Americans who would come after him. But one thing that lots of people don’t know is Washington was all about a good side hustle.

In fact, he was working on side jobs before that term even entered our lexicon.

Throughout his life, Washington was forever trying to reduce his expenses and make more money on the side. That’s how he got his start with the distillery in the first place! He just wanted to make some extra cash. It’s wild to think that the first president and former General of the Continental Army trying to keep up a side job is hilarious. But it also sort of embodies the whole American work ethic of always looking for opportunity. And, even though he had no previous experience with distilling, Washington decided to give it a go after realizing how much money he could make.

At its height, Washington’s distillery produced more than just whiskey. His original recipe was a blend of 60% rye, 35% corn, and 5% malted barley and it was distilled twice then sold under the label, “Common Whiskey.”

But his distillery also featured more expensive whiskeys flavored with cinnamon and persimmons. Brandies made with apple, peach, and persimmons were also sold along with kinds of vinegar.

One big difference between Washington’s Mount Vernon whiskey and the whiskey produced today is that Washington’s wasn’t aged, which meant that it never took on the color of the casks. Today, the distillery maintains that heritage – its whiskey remains unaged and clear.

You can shop for whiskey online. Or if you’re eager to see the distillery, check out a virtual tour.