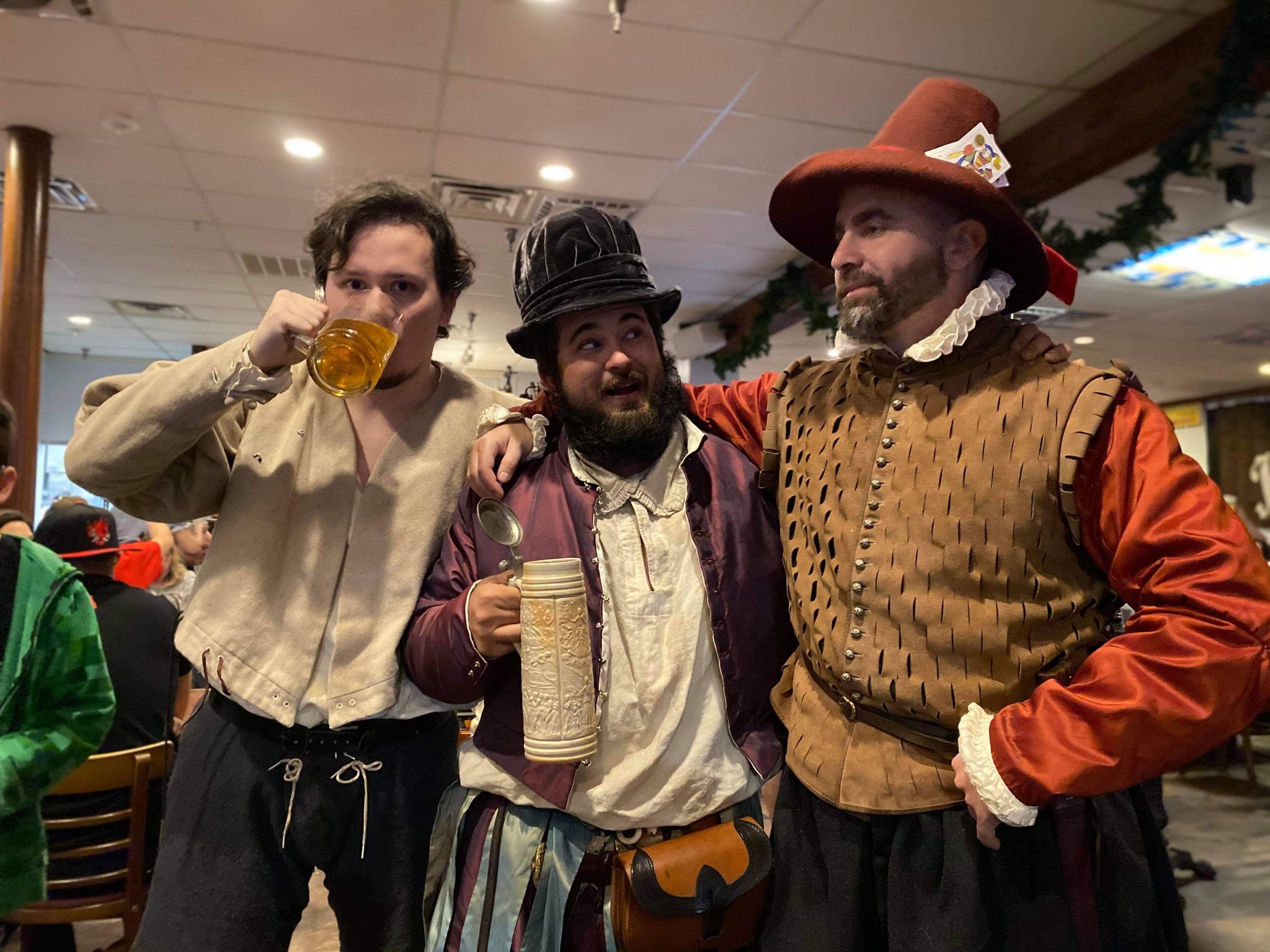 Kevin Baetz was born in Westwood, New Jersey and raised in Hollywood, Florida. He served with 1st Battalion, 9th Marines Regiment and deployed on the 24 Marine Expeditionary Unit where he earned the Humanitarian Service Medal during the 2010 Haiti earthquake crisis. He also served in Marjah, Afghanistan in 2011 alongside We Are The Mighty’s interviewer Ruddy Cano. Upon relocating to St. Augustine Florida with an Honorable Discharge, he took up a job at the Fountain of Youth Archeological Park as a Blacksmith, reenactor and grounds keeper. It was here that he got into reenacting the Spanish colonial life of the 16th century in the state of Florida.

Fountain of Youth Archeological Park is home to the first Catholic mission in the United States. The cross of coquina and other weathered documents were found in 1909 that verify that this site was contemporary with Ponce de Leon’s landing in Florida in 1513. Dr. Luella Day MacConnell’s mission, the owner in 1909, was to prove that her property was the location of Ponce de Leon’s Fountain of Youth. The archeological site has been a window into the past with findings such as the earliest known remains of Christian burials of indigenous people, artifacts, and even a prehistoric finds 500 years before the Spanish arrived.

WATM: How did you first become interested in being a war reenactor?

WATM: What kind of gear do you usually work with?

Well, it depends. A lot of the clothing is custom by this tailor we know out in Italy, Luciano. The clothing is really important but weapon wise; it’s matchlock arquebus, cannons, long swords – it all depends what we’re portraying for the day. As a job it’s either cannoneer or shooting off the matchlock.

WATM: What kind of historical training do you receive?

Training as a job is basically: show up and work with the other reenactors here at the site. For someone who’s new-new, like they want to get into it, they should do it for fun to see if they like it. For example, my buddies and I go downtown dressed up to drink. That part isn’t so much reenacting but reliving that style of life — we wear funny clothing, order wine, play card games. If someone comes up to us and wants to get involved and wants to hang out, just like anything else, we have loaner gear. If they’re serious enough they start to buy their own gear.

As far as weapons training, it’s like any other weapons. Safety, this is how one of these things works. Carrying the weapon as a display, walking around downtown as a soldier. We do not shoot the weapons at people, we don’t do a lot of that. As reenactors, you give people the run down; how it works, how much powder you’re supposed to use, but in town you’re not going to do that.

WATM: What was your favorite battle to reenact?

A lot of the stuff we do out of here is two [main] 16th century battles. The big one is the recreation of Drake’s raid, [his English expedition] came into the town and burned it to the ground. One of [Francis Drake’s] guys got killed fighting the Spaniards, so, he took revenge. He came back and rebuilt it. It’s really the only true battle we recreate in the United States from this era and St. Augustine specifically.

The more intense ones are over in Europe. You have the Battle of Grolle in the Netherlands, That’s a massive one. You got some that go on in Spain…the anniversary of the Battle of Pavia in Italy is coming up. That one puts all other to shame – full contact, shock and smash, regal.

WATM: Is there anything you want to say to the military audience?

I don’t know, it’s fun! (laughs) I enjoy reenacting, it has put me in contact with a good number of veterans. Especially guys my age that miss the comradery and get the chance to put on funny clothing, drink, pretend gamble and have a good time. People should try it out, I enjoy it.

The park is open from 09:00 am to 06:00 pm daily and has attractions such as the navigator’s planetarium, blacksmithing, Timucuan burials and village, Nombre de Dios mission, cannon firing, classical boat building excavations, the 1565 Menendez settlement, and drinking from the Fountain of Youth itself.

Be it known by this that I, Alonzo Soriano, shareholder and resident of Brillar, contributed and certify to the public that I was present at the beginning of the rising and setting of the Sun. By order of the Royal Crown of Aragon he made his description at the Fountain which is good and sweet to the taste. It was in the year 1513. – FROM THE SORIANO VELLUM AT PONCE DE LEON’S FOUNTAIN OF YOUTH ARCHAEOLOGICAL PARK