The secret story behind the beloved Marine Corps Hymn 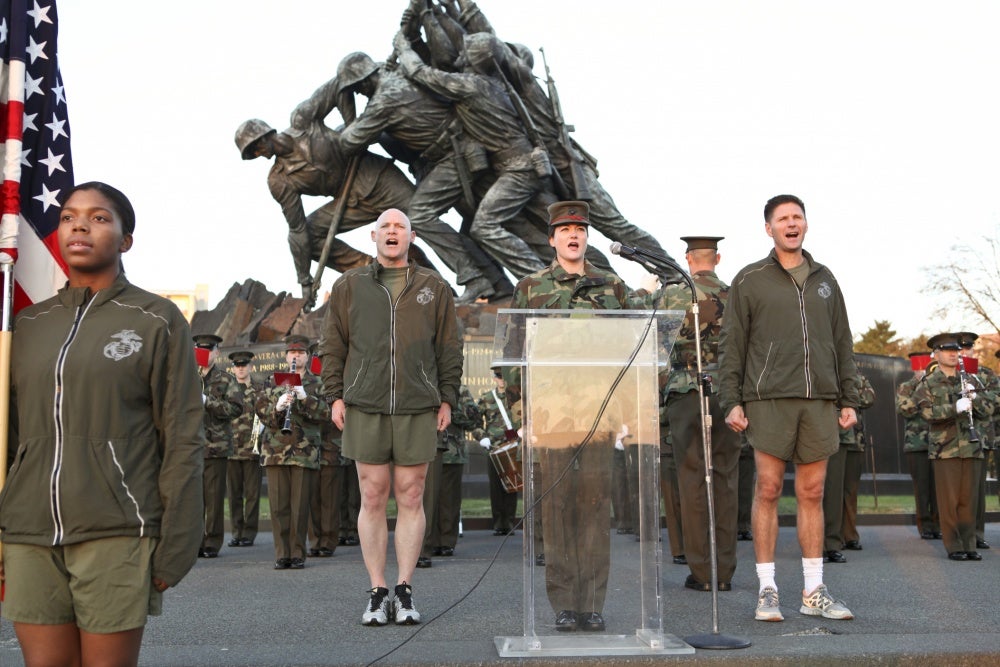 The Marine Corps Hymn is a national treasure. Every Marine knows it by heart, and it makes our chest swell with pride when it comes on. It has an unorthodox history, and it is the U.S. military’s oldest official song. The Marine Corps Hymn is sung at attention to show respect. It is taken seriously by all who have worn the dress blues uniform. However, it has a not so serious origin story.

It started as a burlesque comedy opera

Titled Genevieve de Brabant, it is a comedy about a woman named Genevieve, her husband the Duke Sifroy and his frenemy Golo. Golo is next in line to become the next Duke of Brabant if Duke Sifroy cannot father a son with his wife. Comically, Golo intercepts their attempt to conceive but the Duke gets help from a pastry cook named Drogan. The pie helps motivate him to have an heir.

Golo makes a last ditch effort to accuse Genevieve of being unfaithful just when the Duke is sent off to fight in the Crusades. The Duke believes Golo and leaves him to rule in his stead and Genevieve escapes to the Ardennes Forest. While she is there gives birth and meets a comedic hermit during her exile. Her husband meets a woman named Isoline and agrees to help her find her husband, which ironically is where he just came from. When Duke Sifroy returns he rescues his innocent wife and child and reunites Isoline with her husband. Plot twist – it’s Golo.

So, the Marine Corps Hymn’s melody comes from a comedy about an innocent wife accused of adultery right before her husband ships off to the Middle East. That has to be one of the most unintentionally Marine thing about the Marine Corps.

No one knows who created the first lyrics

Fun fact: The lyrics are copyrighted by The Leatherneck Magazine were 1919 but is now public domain.

While the lyrics are said to date from the 19th century, no pre-20th century text is known. The author of the lyrics is likewise unknown. Legend has it that it was penned by a Marine on duty in Mexico. The unknown author transposed the phrases in the motto on the Colors so that the first two lines of the Hymn would read: “From the Halls of Montezuma, to the Shores of Tripoli”, favoring euphony over chronology.

Allegedly it is believed that Colonel Henry C. Davis wrote the lyrics but another account states that it was written by a Marine on post. Chronologically, the former is unlikely because that you place the lyrics 20 years before the melody from the comedic opera was invented. Specifically, ‘From the halls of Montezuma’ was added during the Mexican-American War and ‘To the shores of Tripoli’ is dedicated to the time when the Marine Corps fought pirates of the Barbary States from 1801 to 1805. In 1942, Major General John A. Lejeune added, ‘In the air, on land, and sea’ to include the Marine Corps’ new aerial capabilities.

The Hymn is the most Marine thing ever

So, the Marine Corps Hymn has a humble past as a comedy musical with scantily clad women about infidelity, power struggles and a Middle Eastern deployment — allegedly written by a bored, motivated Marine thinking about combat and half naked ladies on post. The Marine Corps Hymn is practically a Marine itself – that’s the most patriotic thing I’ve ever heard.