Everything you need to know about National Wreaths Across America Day 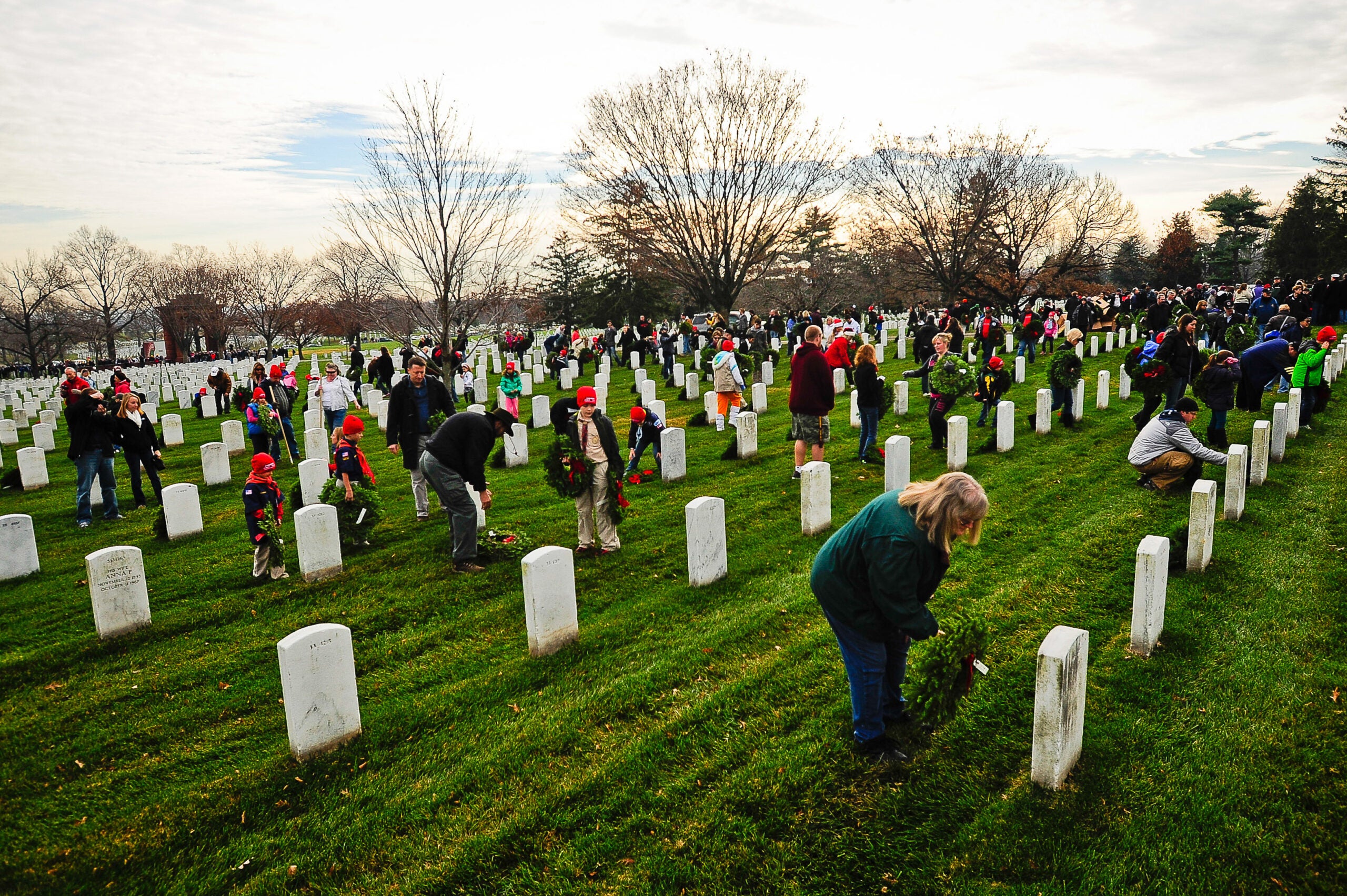 National Wreaths Across America (WAA) Day is a day of remembrance and honor. It is a day to come together as a nation and lay wreaths on the graves of our fallen heroes. This day is important because it allows us, as Americans, to remember the sacrifices made by so many to defend our freedom. Every year on the third Saturday in December volunteers across the country place wreaths on the headstones of our fallen heroes at over 2,100 locations. If you would like to participate in a ceremony near you, you can find more information here.

The first National Wreaths Across America Day was held on December 13th, 2008. That year, volunteers laid 2,221 wreaths at Arlington National Cemetery. The military community has Morrill Worcester, the owner of Worcester Wreath Company in Harrington, Maine,to thank for the event that has become a national movement.

Each year, Worcester pitched surplus wreaths. One day, he had an “a-ha” moment. What if instead of disposing of those surplus wreaths, he donated them to be placed on the graves of fallen soldiers? Thus the idea for National Wreaths Across America Day was born.  So Worcester reached out to Arlington National Cemetery. He asked if he could donate his surplus wreaths to be placed on the graves. The answer was yes—but only if he could do it within five days. The mil community rallied and Worcester delivered the wreaths and placed them on graves in time. From that humble beginning, National WAA Day has grown into an annual tradition observed across the country.

The first American military cemetery was established in 1776 during the Revolutionary War. General George Washington ordered the construction of a burial ground for soldiers killed in battle. The cemetery was located on what is now the site of New York City’s Trinity Church.

During the Civil War, both the Union and Confederate armies established cemeteries for their fallen soldiers. Perhaps the most famous of these is Arlington National Cemetery, which was established in 1864 on the grounds of Arlington House (the former home of Confederate general Robert E. Lee). Arlington National Cemetery now contains the gravesites of over 400,000 American servicemen and women.

In addition to Arlington National Cemetery, dozens of other military cemeteries are located across the United States. These cemeteries serve as a final resting place for those who have served our country with courage and distinction.

How to Observe and Participate in WAA

This year, some aspects of WAA might be a little different. While volunteers will still be placing wreaths, there will be some changes to how things are done in order to keep everyone safe. Here are a few things you can do to participate in National WAA Day this year. Read more about Wreaths Across America here and here.

Make a donation to help lay wreaths at cemeteries across the country.

Share your support on social media using #WAA and #WreathDay.

Purchase a wreath to place on a loved one’s grave or in honor of a fallen hero.

Participate in a local veteran’s parade or other events honoring our fallen heroes.

Join the conversation online by following @WreathsAcrossAmerica on social media and use #WAAdigital to connect with other supporters worldwide.

Teach your children about the importance of remembering our fallen heroes and their sacrifice for our freedoms using resources from WAA’s Education page, such as activity sheets and coloring pages.

Whether you lay wreaths at a cemetery near you or make a donation to help lay wreaths at Arlington National Cemetery, every bit helps us remember those who have given so much for our country.

How many veterans’ cemeteries exist?

There are more than 135 national cemeteries in 40 states and Puerto Rico.

What is the largest veteran cemetery?

Calverton National Cemetery is the largest in the U.S and one of the busiest. It conducts more than 7,000 burials each year.