The complete base guide to 32nd Street Naval Base 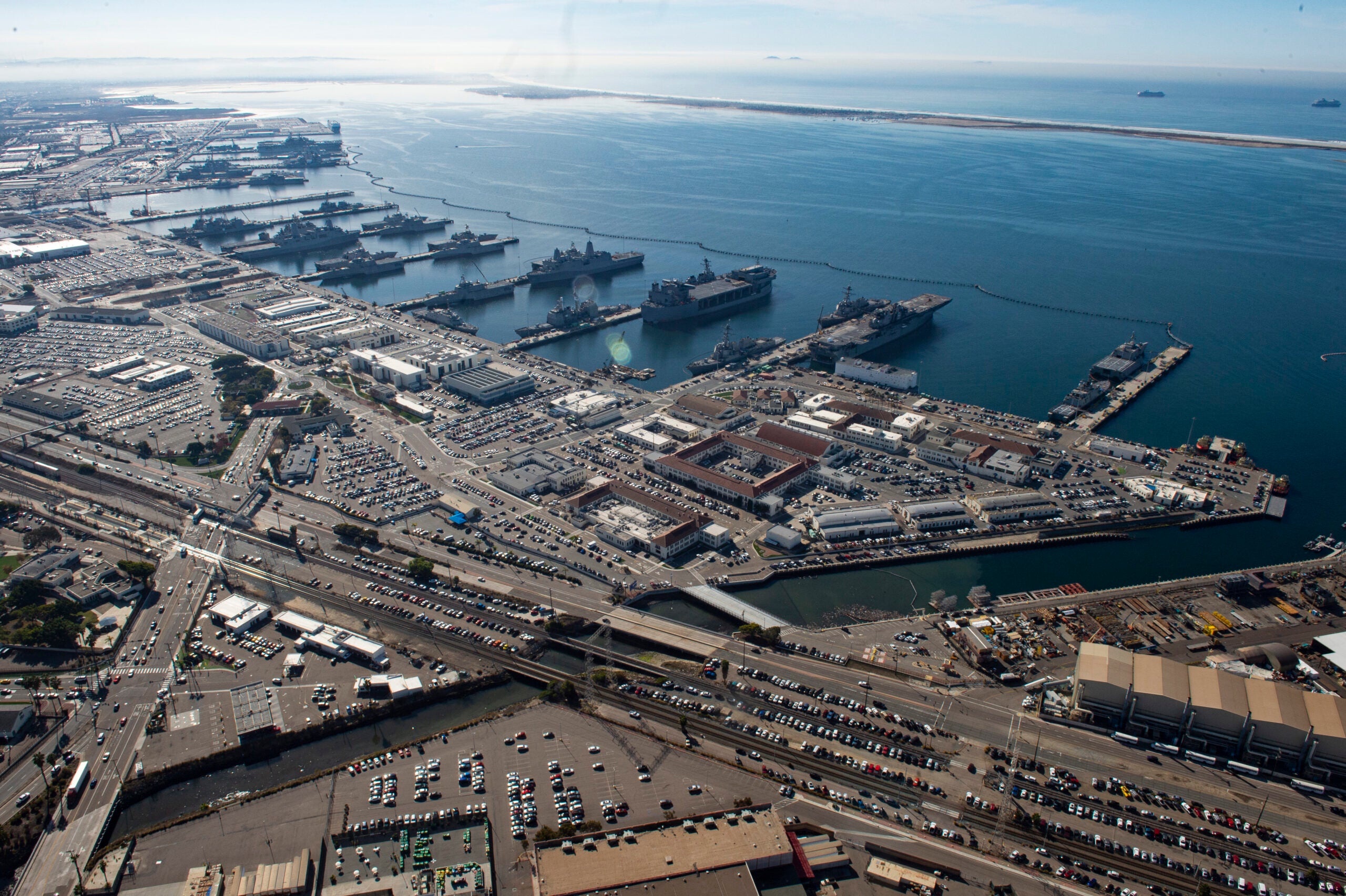 Questions about the 32nd Street Naval Base Exchange? Or maybe you’ve just received orders to this duty station and you’re wondering about the basics like housing and schools. Well, this guide covers all that and more! Officially, the Navy calls it the Naval Base San Diego, but its location on 32nd Street has earned it the nickname. It’s the second largest surface ship base of the Navy. 32nd Street Naval Base is also the homeport of the Pacific Fleet. To say it’s massive is definitely an understatement! Read on to find out more about this San Diego, California Navy installation.

Naval Station San Diego is home to more than 60 ships and over 200 tenant commands. The installation conducts various waterfront operations and engages in fleet support. On average, there are nearly 24,00 service members and 10,000 civilian workers supporting the base operations. Base consists of a wet side on the bay side of Harbor Drive and a dry side. Most of the housing is located on the dry side.

32nd Street Naval Base is located in gorgeous San Diego, California. The weather is delightful all year round.

Heading in from the north? Take I-15 South to the I-5 N exit toward Harbor Drive. Then merge onto South 32nd Street and you’ll see the main gate.

From the south, take I-5 North to exit 11A toward Civic Center Drive. Then, make a sharp left onto South 32nd Street and you’ll see the main gate.

Flying into San Diego International Airport is probably most convenient. That’s because it’s less than ten miles from base. Even more exciting, the USO operates a shuttle outside of Terminal Two for Sailors and their families PCSing to 32nd Street Naval Base. You’ll need to contact the USO ahead of time.

There’s a base shuttle that runs Monday through Friday on the wet side of the installation.

In and around San Diego, be sure to take advantage of the Metro Transit System. The MTS can connect you to trains and trolleys, too.

Additionally, the Transportation Incentive Program issues vouchers to active duty service members so that transportation to and from work is free. Visit the website for more information.

32nd Street Naval Base has 14 gates. Two are for pedestrians and 12 are for traffic. The Main Gate 6 is 24/7. Gates are divided by the wet side of the base and the dry side.

Contacts at 32nd Street Naval Base

The mission at 32nd Street Naval Base is to “deliver the highest standard of support and quality of life services to the Fleet, the Fighter and their Families.”

In 1919, Naval Base San Diego was given to the government by a coalition of concrete ship building firms operating as the Pacific Marine Construction company. By 1922, it was a docking and fleet repair base. At that time, the installation consisted of 21 water acres. The first ship to moor at 32nd Street Naval Base was the USS Prairie. Then in February of 1922, acting Secretary of the Navy Theodore Roosevelt Jr. issued General order 78, establishing the facility as the U.S. Destroyer Base, San Diego.

The installation grew rapidly as repair facilities expanded. For example, in 1924 alone, the base decommissioned 77 destroyers and commissioned seven. Additionally, the War Department established both torpedo and radio schools at the installation.

During WWII, more than 5,000 ships were maintained, converted, or repaired at the installation!

Following WWII, the name changed from “Repair Base” to Naval Station San Diego and its mission changed as well to support ships of the Pacific Fleet.

Then, in the 1990s, the base’s name changed again to its current moniker when it absorbed the functions of the Long Beach Naval Shipyard.

Things to Do Around 32nd Street Naval Base

Hotels near 32nd Street Naval Base vary depending on your price point. Here are some of our suggestions.

Additionally, there are three lodges that offer temporary housing for service members and families PCSing into the area.

Of course you’re going to want to take advantage of the fresh seafood in San Diego and Oceanside. This vibrant area of California is especially known for its fusion cuisines, so don’t let your taste buds shy away from trying new and innovating dishes. There’s also a lively craft beer, cocktail, and coffee scene too. Don’t skimp on the great barbecue restaurants that dot the area as well as the Mexican and southwestern options, too. Speaking of beer, San Diego always ranks #1 on the list for beer lovers choosing their next duty station!

It might sound silly, but the 32nd Street Naval Base Exchange has a lot to offer you on a random weekend when you’re just looking to get out of the house. Of course, you’d probably have to be pretty bored to just go to the BX when you have gorgeous San Diego to explore! This world-class city offers you everything from zoos and museums to beaches and nightlife. San Diego is the second largest city in California and one of the largest in the country. You’re going to love the vibrant neighborhoods, fantastic beaches, and amazing cultural attractions. Be sure to check out Balboa Park.

It’s no surprise that San Diego is expensive! Living in privatized housing might be the most economical choice for you and your family.

Liberty Military Housing owns and operates all housing on base. The private company offers over 30 different neighborhoods with a variety of home styles and sizes. Homes issued are based on rank and family size. Call the Military Housing Office as soon as you receive orders to talk about current housing wait times.

Of course, you can choose to live off base as well. The MHO can help you decide which is best and offer suggestions on neighborhoods to explore.

The majority of barracks are located on base. All single, permanent-party Sailors E1-E3 and E4 with less than four years of service are required to live in the barracks.

Schools Near 32nd Street Naval Base

While there aren’t any DoDEA schools on base, there are over 40 independent school districts in the San Diego metro region. Where your child attends school depends on where you live. Bus transportation is usually available. Additionally, most schools offer before and after school programs. Speak with the School Liaison Office for more information, including current enrollment requirements.

Where is 32nd Street Naval Base?

Where should I live near the 32nd Street Naval Base?

The cost of living in California is higher than the national average. Where you live will depend on your family needs. The Military Housing Office can offer more information.

What schools are near the 32nd Street Naval Base?

The San Diego metro area is home to over 40 school districts, so there’s definitely a school to fit your mil-kid’s needs.

What’s the weather like at Naval Base San Diego?