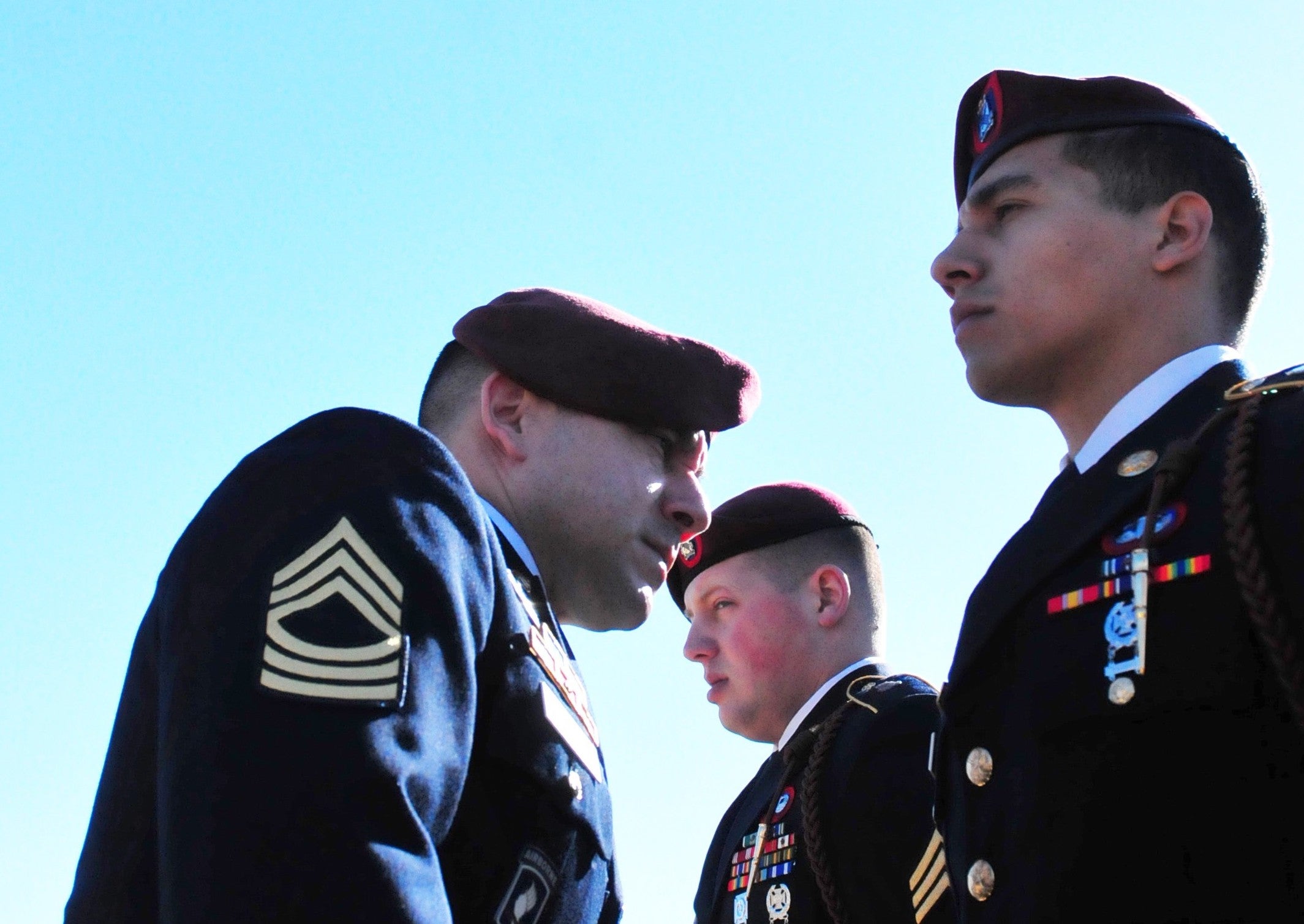 Staff non-commissioned officers (SNCOs), particularly staff sergeants, are known to have a bite worse than their bark. In the military, it is necessary to have someone who can be the hammer when it calls for it. The good ones bring balance by reward and punishment to incentivize mission accomplishment. However, there are some SNCOs who are all stick and no carrot. At a time when the military retention rate exceeds expectations, it is more important now than ever to keep leaders who want to lead and phase out those that don’t.

Here are four of the best signs that we can think of that your Staff NCO has drifted into the latter:

Staff Sergeant is on the warpath, again. For some reason, SNCOs are always angry. Maybe it’s all the years of seeing preventable dumb sh*t. They tend to ease up when they’ve been promoted to gunny or higher. Maybe it’s the pay jump from E6 to E7 or the change of role to company gunnery sergeant, where it’s more logistical than tactical. If your E6 gets promoted to E7 and is still a grouch, it’s time for them to start thinking about retirement.

They forgot where they came from

This is one of my biggest pet peeves. It always rubbed me the wrong way when a SNCO is committed to NJPing (Non-Judicial Punishment) a Marine for a mistake I well know they themselves have made. They took advantage of the ‘boys will be boys’ when they were young to get out of trouble but will crucify the lower enlisted at any chance. When a SNCO or officer gets in trouble, the whole command protects their own. It gets swept under the rug. Their platoons may not know the truth, but everyone at Battalion does.

When I was in operations, everyone’s records were at my fingertips. As the scheduling NCO, I had to know your record to decide what training to send you to next between major ops. I saw that they have plenty of dirt on them, too. So, when a SNCO is battling to destroy another troop’s career but that SNCO has no problem utilizing the ‘Good Ol’ Boy’ network to protect themselves, they need to GTFO.

They stay late at work on purpose

They won’t dismiss their troops, even when their counterparts in other platoons have already gone home. Just because they do not want to spend time with their family, that doesn’t mean the corporal with a brand new baby doesn’t want to spend time with his. These types of SNCOs maxed out their leave days. For some reason, they believe it’s a good thing and brag. It’s not. Go fishing or kick rocks, go relax.

When your SNCO has been around since before Osama Bin Laden was on the run, it’s time to get out. Okay, that’s an exaggeration, but still. Any SNCO that has been in longer than 25+ years that is angry all the time, exists only to punish and not train. They choose to be around the most amount of time possible to spread negativity, and anyone with that mentality has to go. The military is supposed to be a meritocracy, where leaders are supposed to inspire the troops and use their experience to lead the next generation of warfighters.

A SNCO exists to provide expertise and guidance to officers and facilitate training amongst the lower ranks. They’re the logistical side of the enlisted chevron to reduce bureaucracy and keep our military lethal. If a Staff Non-Commissioned Officer has lost sight of the mission over the course of 20+ years, it’s time to lead, follow, or get out of the way.